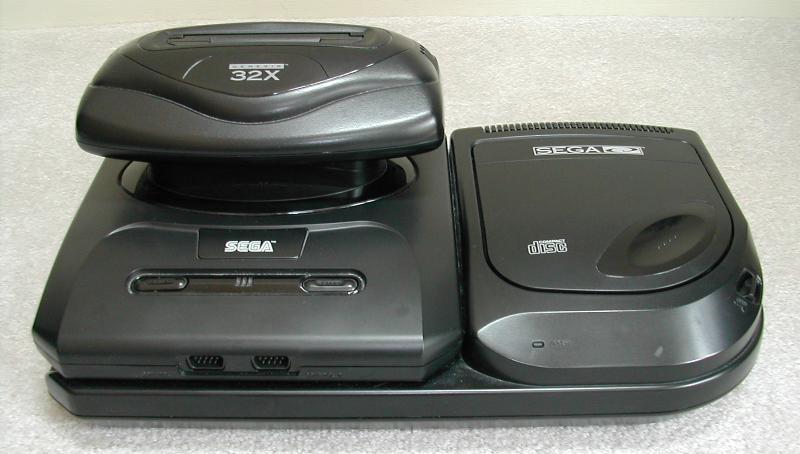 This ill-conceived console add-on was not only a dismal failure, but it crippled Sega's future. The idea was to beat the upcoming 32-bit systems to market, serving as a stop-gap measure for Sega's extensive 16-bit user base. The 32X was a mushroom-shaped attachment that plugged into the top of the Genesis. Although the system contained two 32-bit processors, it was hamstrung by its backward compatibility with Genesis games (not unlike the Sega CD).

Originally priced at $150, several $10 coupons for 32X games were also included. Although the 32X "launch" titles showed promise the system never received any decent third-party support. Standout titles like Virtua Racing and Virtua Fighter showed off the system's 3D capabilities, but most 32X games resembled Genesis titles with flashier colors. With an eye towards the next generation, most gamers and retailers looked past the 32X, and the system was discontinued only a year after its release.

On a personal note, I fully embraced the system upon its arrival, only to abandon it when I acquired a Sony Playstation a year later. I can still remember trying to sell my Genesis-related stuff to a video game exchange store. Apparently they already had a ton of 32X's, because the clerk refused to give me anything for it. He advised I give it to a friend instead. Not knowing anyone I could offer it to, I told the guy he could have it for free. Not only did he refuse to take it, but he warned me not to leave it on the counter! I'm pretty sure he was prepared to call the police! This funny situation is indicative of how poorly the 32X was regarded. When I began (re)collecting old games in the late 90's, I (re)purchased a brand new 32X on-line for a paltry $19.99.

Console design: D. The 32X didn't mesh well with the Genesis base system. Designed to suggest a turbo-charged motor protruding from the hood of a muscle car, it looked more like a mushroom. It also added a mess of wires along with its own freakin' power adapter. If you already had the Sega CD add-on, topping it off with a 32X created an unsightly, black plastic monstrosity. Adding insult to injury, its three bulky adapters were capable of producing brownouts in small towns.

Console durability: A-. Since there are really no moving parts in the 32X, it doesn't break easily, even after being tossed in a garbage can. I did have a pin bend once after trying to remove a "homebrew" cart.

Graphics: C+. Only a handful of titles like Virtua Fighter, Virtua Racer, and Shadow Squadron truly demonstrate what the 32X was capable of. These feature smoothly rendered 3D polygon graphics. Most 32X games simply utilized the system's extensive color palette, sometimes with disastrous results (like the shamelessly gaudy Cosmic Carnage). Shooters like Space Harrier and Afterburner attempted to demonstrate the system's scaling capabilities, but these were hampered by pixelation.

Audio: C. The 32X was supposed to utilize "Q-Sound" technology, but I couldn't tell the difference between this and standard Genesis audio. 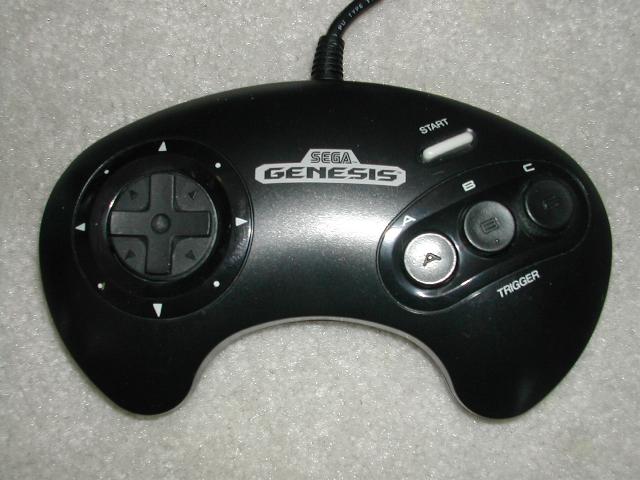 Controllers: B. The Sega 32X uses the same controllers as the Sega Genesis. These are highly regarded, despite their limited number of buttons. 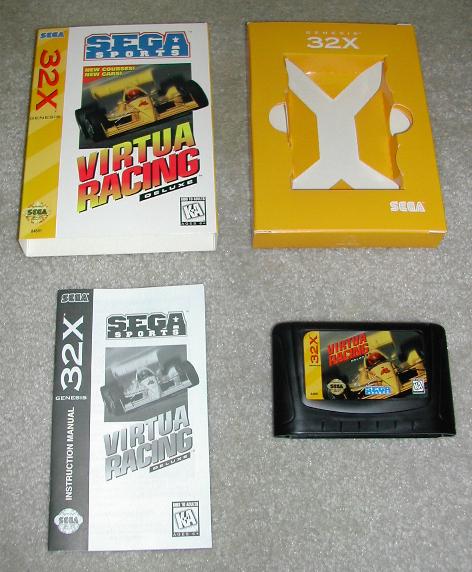 Media: B-. 32X cartridges are slightly larger than their Genesis counterparts, but lack an end label.

Packaging: D. While Sega's yellow and gold color scheme was attractive, the fact that most 32X games were packaged in cheap cardboard boxes was a real turnoff. Why Sega didn't stick with those sturdy plastic cases is beyond me. If the idea was to save a few bucks, then shame on them. 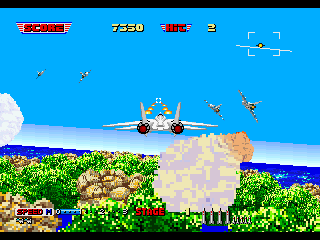 Pack-In Game: F. To keep the cost under $150, there was no pack-in game, although there were several $10 coupons included.

Launch Titles: B. Doom and Star Wars Arcade were impressive enough, and the stellar Virtua Racing was available soon after.

Library: C. The small 32X library is loaded with mediocre titles, and even some of the more innovative efforts like Kolibri (a hummingbird shooter) and Knuckles Chaotics (two characters bound together) fell flat. Still, launch titles Virtual Racer, Doom, and Star Wars Arcade are quality games that have passed the test of time.

Collectability: B. Collectors may value their 32X collections, but casual gamers won't miss this ill-conceived contraption. The main component of the 32X is easy to acquire, but it can be difficult to locate one with all of the necessary connective parts and wires. Most 32X games are easy to find unless you are looking for the complete versions. Two of the more difficult to track down games are World Series Baseball and Spiderman: Web of Fire. A total of 36 games were released for the 32X (including four Sega 32X/Sega CD hybrids) so it's feasible to collect the entire library.