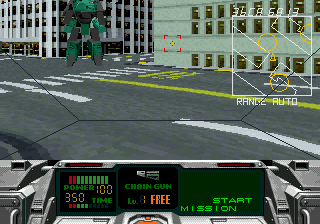 Mortal Kombat didn't just introduce graphic violence to video games; it celebrated it with gratuitous blood and brutal finishing moves. This 32X edition of Mortal Kombat II represents an incremental improvement over the Genesis game, with slightly refined graphics and clearer audio. Upon selecting a character the narrator pronounces his name, so that's something right there.

Before playing you should head on down to the options menu, dial down the difficulty and change the control scheme to "6-button controller". You'll need a six-button controller to play this properly. Perhaps as a consequence of its three-button backward compatibility, there's no pause function which I find mildly annoying.

The graphics are sharper than the Genesis with more vivid colors and better-defined characters. I noticed dragons flying in the distance in the red sky stage, which I think is new. In general however it would be hard to tell the two versions apart if they weren't side by side. There are more audio effects in this one, but some of the new shrieks and yelps sound a little goofy.

One cool addition are the "character bio" screens displayed between games. I like those a lot. When playing versus mode, match-up screens are displayed before the fight. Stuff like this might be lost on the casual player but they make this version feel closer to the arcade.

Shang Tsung is a fighter that can transform into other characters through button combinations, but some of the moves listed in the manual are wrong. For example it says to press up-up to become Scorpion, but you actually have to hold block while doing this. The Genesis manual had the same oversight and no one bothered to correct it. Acclaim is so lazy!

Mortal Kombat II for the 32X version is very good but still amounts to a modest touch-up of the Genesis game. I couldn't discern any differences at all with the controls or gameplay, and there are no additional menu options. It plays really nice though, and considering the choppy Saturn edition of Mortal Kombat II, this one is looking better all the time. © Copyright 2022 The Video Game Critic. 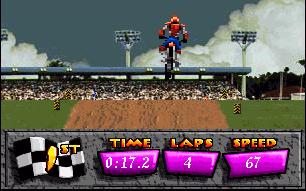 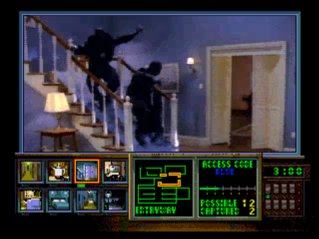