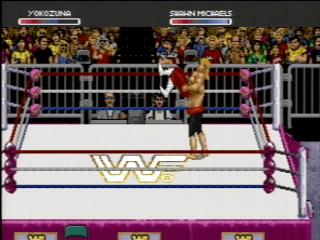 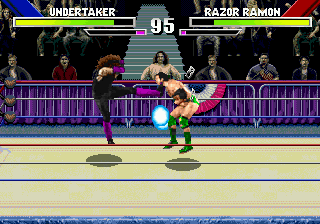 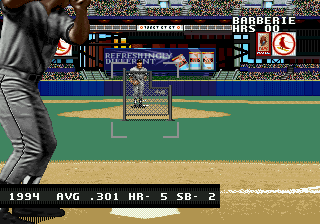 This game proves what most of us have known all-along: there's not much difference between a 32X and a regular Genesis. Sega tried to make this game a step up from the Genesis version, but besides some minor cosmetic changes, the game is practically identical. The enhanced color palette allows the stadiums to look a bit better, with more colorful backgrounds and crowds. The pitches now make a "whooshing" sound on their way to plate, and seem to move slower. When a ball is hit to an outfielder, the camera sometimes zooms in on the fielder. It looks pretty cool, but has little more than novelty value. The biggest disappointment is the sound - or lack of it! There's less commentary than other versions of the game, and the crowd is practically silent. Most of the new features of this 32X version, like multiplayer options and player trades, were incorporated into World Series 96 on the Genesis. Yes, this World Series game is better than its Genesis counterparts, but only slightly. © Copyright 2002 The Video Game Critic.
Find World Series Baseball on eBay, Amazon, YouTube
Copy link to this review
1 or 2 players
If you like this game, try: Bill Walsh College Football (Sega CD),
NBA Live 96 (Super Nintendo), NBA Live 96 (Genesis),
Ultimate Mortal Kombat 3 (Super Nintendo), Virtua Racing (Genesis)
Zaxxon Motherbase 2000
Grade: D-
Publisher: Sega (1995)
Posted: 2000/5/13 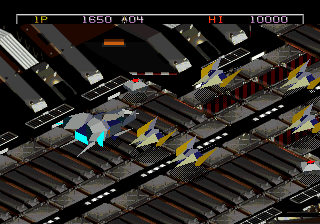