The original Xbox established Microsoft as a major player in the console industry by targeting hardcore and PC gamers. The Xbox 360 was the first of the new wave of consoles to arrive, with prices starting at an affordable $299.

The Xbox 360 got off to a fast start. Its high definition graphics proved to be a substantial improvement over the previous generation, and its wireless controllers were also well received. Like the original Xbox, the system's library catered to mature, sophisticated gamers with titles like Call of Duty 2, Full Auto, Perfect Dark Zero, and Project Gotham 3. Titles that reached out to younger gamers (like Viva Pinata) were few and far between. Microsoft focused much of its efforts on-line, and its Xbox Live service would soon emerge as the premiere on-line gaming destination.

The Xbox 360 was a fantastic gaming system but its rise was hindered on two fronts. The first was the launch of the Nintendo Wii in November 2006. Short on technology but long on fun, the Wii caught the industry off-guard with its innovative controls and family-friendly games. With everyone and their mother buying a Wii (literally), it was difficult for Microsoft to win over "the living room" audience.

Even more devastating was an epidemic of system failures. The Xbox 360 consoles were poorly constructed and began to break down after about 2-3 years of use. This failure was manifested in the infamous "red ring of death". As a result, in 2008 Microsoft had to contend with a deluge of defective systems. As a damage control measure, Microsoft extended the warranty on all Xbox 360's to an unprecedented three years. Within that period Microsoft would repair the systems for free and even covered shipping charges. It was a bold, expensive move, but necessary if Microsoft wanted to retain some credibility in the market it had fought so hard to establish.

Remarkably, Microsoft would recover from that debacle. In 2010 they launched the Kinect motion-sensing technology, which allowed the player's body to function as a controller. This innovative peripheral was a big hit, and its family-friendly games stole some of Nintendo's thunder. The Wii was fading fast (largely due to its lack of high definition), and the Playstation 3 never proved itself superior to the 360 - only more expensive. As the generation came to a close the Xbox 360 found itself as the default console of choice and the best all-around system.

Appearance: B+. The console design is very easy on the eyes thanks to its soft white color and smooth, contoured shape. It can be situated upright or on its side. The front edge is uncluttered, with panels covering unused ports. Pressing the eject button reveals a plastic disc tray. A four-quadrant circular green light indicates not only if the system is powered, but also what controllers are attached. There are two memory card ports, a controller sync button, and two USB ports. The panel covering the USB ports is cheaply constructed and tends to break easily. The system also has an oversized power supply that is the size of a brick! Fortunately you can tuck it out of view, as it resides down the power cord.

Noise: F. The console is loud as hell, and if you sit too close to it, you may feel as if you're playing in a wind tunnel.

Functionality: A-. This console was designed to play games, which it does very well. Games tend to load fast and very few require installation. The hard drive is ideal for storing save data and downloaded titles. The system originally lacked a wireless network interface, and buying one could run you $100. Fortunately newer models came with built-in wireless capabilities. The system's on-line service, Xbox Live, is the best of its kind but does charge a yearly fee. The system is backwards compatible with most original Xbox titles. 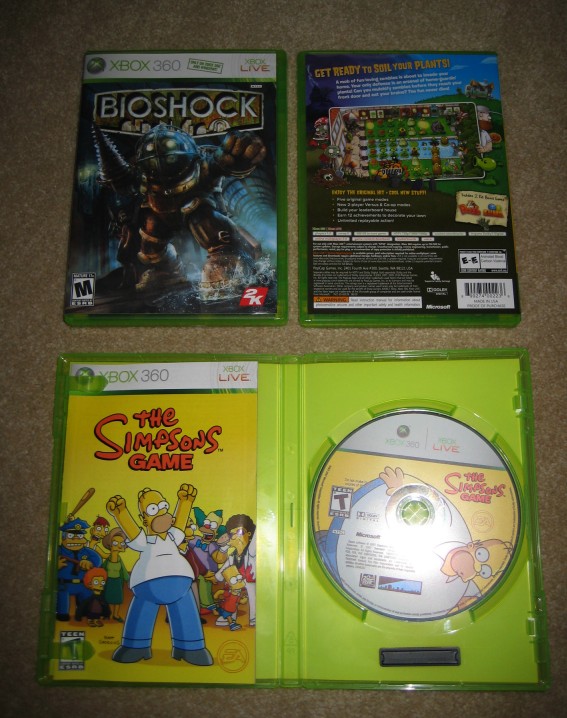 Reliability: F. There has never been a less reliable system in the history of consoles than the Xbox 360. Just about every unit produced in the first three years of the system's lifecycle had to be repaired after exhibiting the red ring of death. Microsoft addressed this problem swiftly and effectively, but the damage had been done. Fortunately it appears that Microsoft has learned its lesson, as subsequent iterations of the console seem to be fairly stable.

Graphics: A. Like the PS3, the Xbox 360 offers sharp, high-definition graphics. Most gamers would be hard-pressed to tell the difference between games played on this console and the Playstation 3.

Controllers: B+. The Xbox 360 controllers are big, solid, and molded to your hands. It feels like you're holding something substantial. The button design builds upon lessons of the past. The four action (face) buttons assume the popular diamond configuration, and those confusing black and white buttons (from the original Xbox controllers) have been axed. The center of the controller features a glowing green "X" button which indicates your controller number and also lets you access system menus. The select and start buttons are located on either side of the X, but the start button is too close to the main buttons. During hectic games (like fighters) it's far too easy to hit pause by mistake. The back of the controller features a pair of normal "bumpers" on top and handy triggers underneath. The controller requires 2 AA batteries, which last approximately 15-20 hours. A charger is available, but in my experience the rechargeable battery packs don't hold a charge very well. 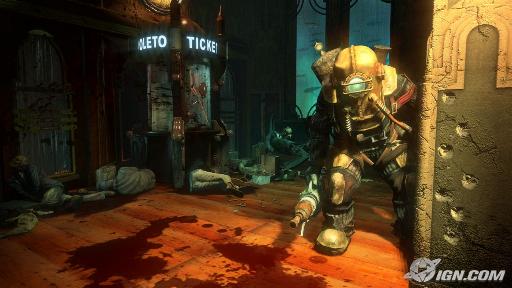 Packaging: C. The 360 boxes are green like the old Xbox packaging, but the plastic is translucent. The boxes feel a little cheap, and the "eco-friendly" models are far too flimsy. Disposable packaging is not ideal to store a disc that could (in theory) last hundreds of years. Worse yet, in recent years unscrupulous publishers (like Electronic Arts) have stopped including instruction manuals, which is a total rip-off.

Games: A-. The Xbox 360 boasts the largest, most diverse library of this generation. While leaning heavily toward mature titles, first-person shooters, and realistic driving simulators, there is really something for everyone. For third-party publishers the Xbox 360 has become the system of choice. Sports games are especially popular due to the system's realistic graphics and unbeatable on-line play. The Kinect family of games have provided family-oriented fun to help fill that void.

Collectibility: B+. Despite its reliability issues, the 360 has emerged as the premiere system of its generation. The controllers are rock solid and the game selection is huge. While most game originally cost $60, they tend to come down in price very quickly. Most older titles can be acquired for under $20.

Check for Xbox 360 systems on Amazon
Check for Xbox 360 systems on Ebay
Xbox 360 Game Reviews
System Review Index
Copyright 1999-2020 The Video Game Critic.  The reviews presented on this site are intellectual property and are copyrighted. Any reproduction without the expressed written consent of the author is strictly prohibited. Anyone reproducing the site's copyrighted material improperly can be prosecuted in a court of law. Please report any instances of infringement to the site administrator.