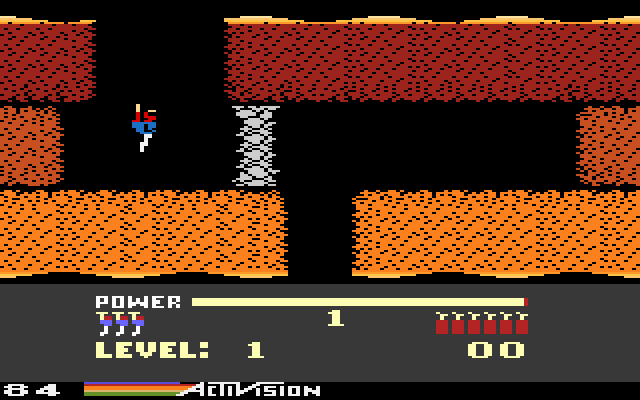 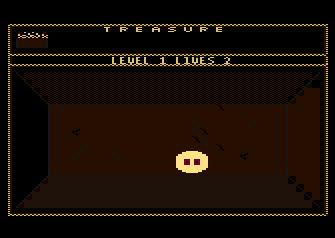 This homebrew really fills a void in the Atari 5200 library, considering there aren't many adventures for the system (much less scary ones). Haunted House II 3D tries to be an expanded version of the original Atari 2600 game. The graphics are better and the house is larger, but the basic premise remains the same. You control a pair of square eyes, trying to collect all the treasures in the house and get the heck out of there. You can light a candle by pressing a button, which will reveal any hidden objects lying around.

As you wander through the house, you will encounter spiders, bats, skeletons, and ghosts. Their movements are unpredictable, but they don't pursue you from room to room. Sometimes one will appear from out of nowhere -- which is not fair at all. A sword is available for protection, but you can't collect items while holding it. So what is the "3D" all about? Actually, it's a bit of a stretch. Unlike the original Haunted House, each screen is a separate room (there's no scrolling) with pseudo-3D walls and doors in the background. But it's just eye candy - the gameplay is still completely 2D.

As a matter of fact, the "rendered" rooms are more confusing than anything else. Haunted House II is challenging, but it's not polished enough to merit an average grade. Graphical break-up, hit-and-miss collision detection, and inconsistent speed all hamper the action. One minute you're flying around the screen, then suddenly you've slowed to a crawl. Sound effects include footsteps and thunder, but these are sloppy. Haunted House II 3D does deliver in terms of challenge. There are two houses to complete, and just trying to finish the first one kept me playing for quite a while. © Copyright 2002 The Video Game Critic. 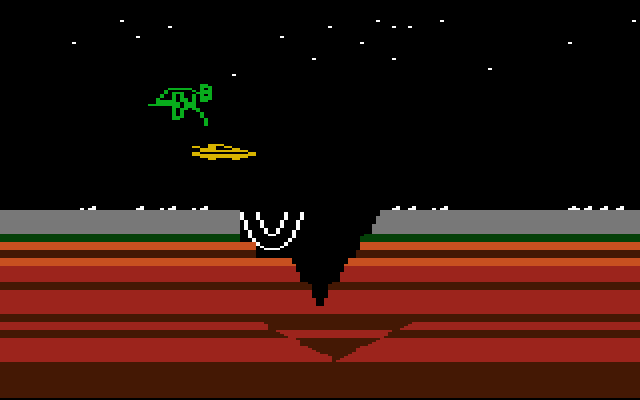 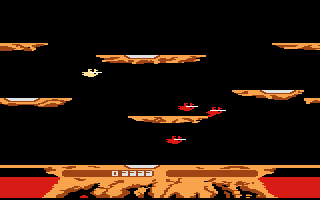 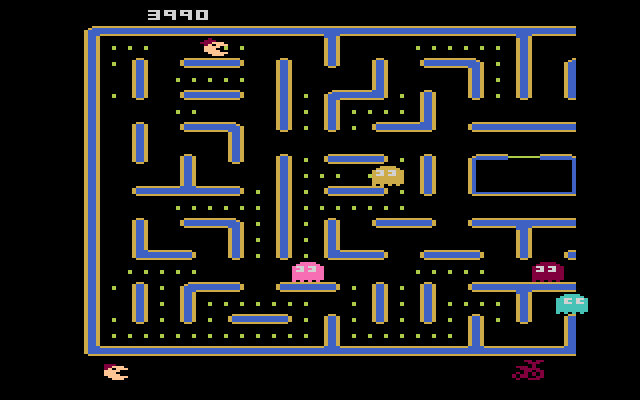 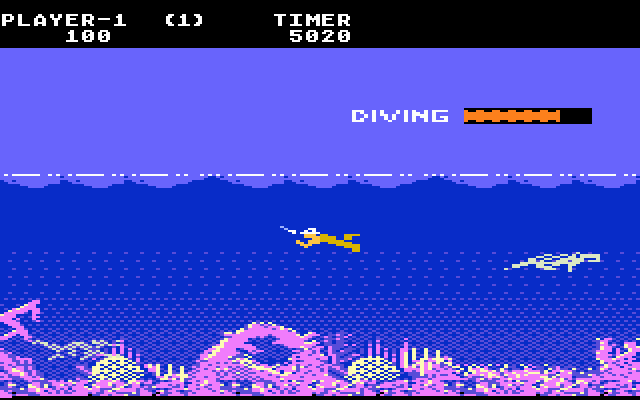