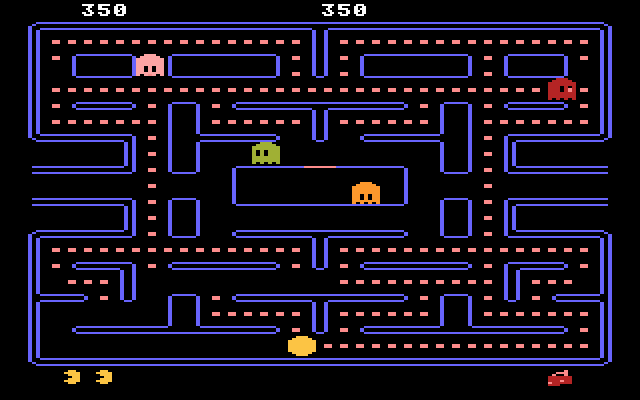 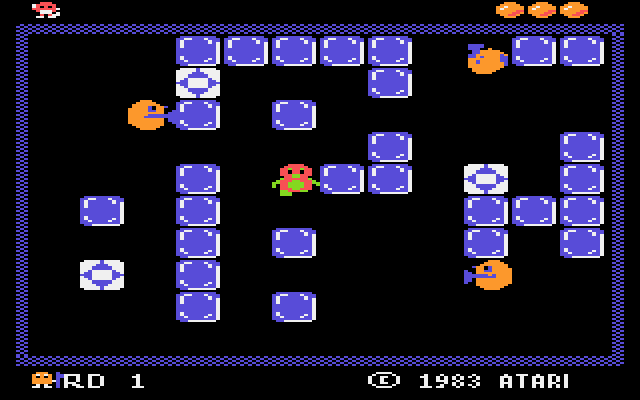 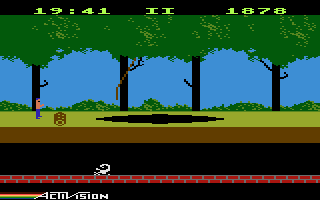 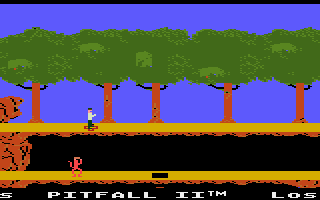 There aren't many adventure games for the Atari 5200, but this sprawling jungle romp is pretty much all you need! Pitfall 2 looks and sounds nearly identical to the 2600 version, but that's not necessarily a bad thing. You'll explore deep underground caverns, swim in rivers, and encounter all sorts of exotic creatures including monkeys, birds, and electric eels. From what I understand, there's an enormous hidden area that's exclusive to this 5200 version. Unlike the first Pitfall game for the 5200, there are no control problems to contend with. Pitfall 2 is fascinating and fun, but I must admit a "duck" button would have been a really good idea. The game employs checkpoints, and was one of the first to do so. Pitfall 2 is one Activision classic that truly shines on the 5200. © Copyright 2001 The Video Game Critic.
Find Pitfall 2 on eBay, Amazon, YouTube
Copy link to this review
Our high score: 65000
1 player
If you like this game, try: Pitfall II: Lost Caverns (Atari 2600),
Pitfall (Atari 5200), Super Pitfall (NES),
Keystone Kapers (Atari 5200), Montezuma's Revenge (Atari 2600)
Pole Position
Grade: B
Publisher: Atari (1983)
Posted: 2000/10/5 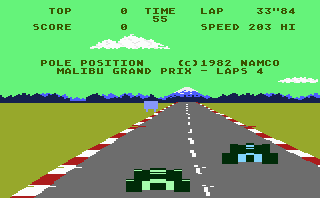 This ancient racer really shows its age, but it still has charm. The dual buttons on each side of the 5200 controller are put to good use, as you're skillfully required to alternate between braking and accelerating to squeeze between other cars, especially on turns. The control is terrific, but the graphics are less than exciting. The illusion of speed is only fair, and the cars are very blocky. What's up with the blank signs on the side of the road? You get four tracks to choose from, although they all play pretty much the same. In order to qualify for each race, you need to complete a one-lap trial run. This lap is what determines your "pole position". The manual suggests using the track-ball controller, so I gave it a try. Steering isn't too bad, but switching gears using the keypad is awkward. © Copyright 2000 The Video Game Critic.
Find Pole Position on eBay, Amazon, YouTube
Copy link to this review
Recommended variation: Malibu
Our high score: 40750
1 player
If you like this game, try: Pole Position (Atari XEGS),
Fatal Run (Atari 7800), Final Lap Twin (Turbografx-16),
Pole Position (Atari 2600), Pole Position II (Atari 7800)
Popeye
Grade: A-
Publisher: Parker Bros (1983)
Posted: 2001/11/4 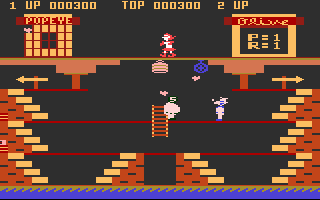 In this cartoon-inspired platform game, you play Popeye, trying to catch Olive Oyl's "hearts" while avoiding the evil Bluto. Bluto is pretty relentless, however, once per screen Popeye can grab a can of spinach and turn the tables on that big bully. Popeye is available on several consoles, but this is probably the best version I've seen. The characters are multicolored, well animated, and easy to identify (unlike the Colecovision version). All three screens are included, and each has its own musical theme. Even the control is solid. My only complaint is that the collision detection seems a little fishy at times. Otherwise, this is the next best thing to having the arcade game in your home. © Copyright 2001 The Video Game Critic.
Find Popeye on eBay, Amazon, YouTube
Copy link to this review
Our high score: 17140
1 or 2 players
If you like this game, try: Popeye (Colecovision),
Popeye (NES), Popeye (Atari XEGS),
Popeye (Atari 2600), Popeye (Odyssey 2)
Q*bert
Grade: B
Publisher: Parker Bros (1983)
Posted: 2001/11/4 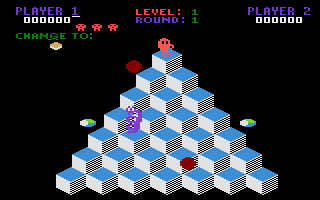 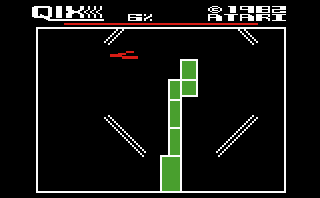 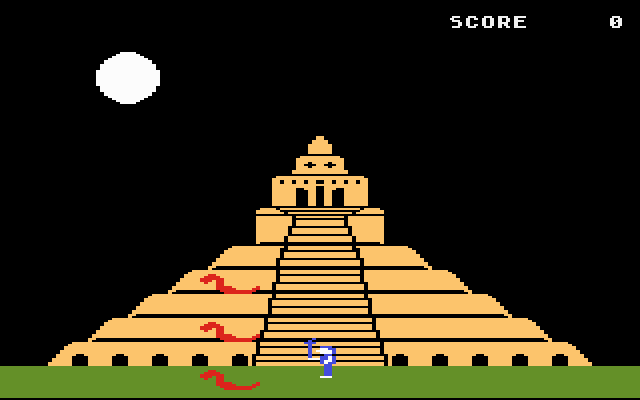