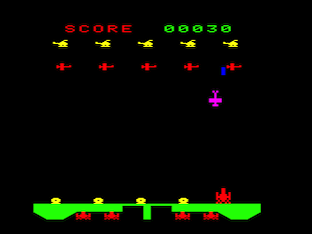 I'll give Parashooter some credit for being a straightforward shooter that doesn't overthink itself. You move a red cannon across the bottom of the screen as helicopters and planes fly overhead. Raining down are parachutes, bombs, and kamikaze planes that blink from side-to-side in a spastic manner. The odd-looking parachutes look like they are swirling in the wind - as if they didn't open properly! Should one make it to the ground he'll plant a mine, limiting your movement. It's an original concept that doesn't translate into anything fun or exciting. The shooting animation is smooth but some of the targets tend to flicker and disappear for no reason. I normally enjoy shooters like this but the stiff Arcadia controller really limited my enjoyment. © Copyright 2018 The Video Game Critic.
Find Parashooter on eBay, Amazon, YouTube, Forums
Copy link to this review
Our high score: 3460
1 player
If you like this game, try: Mission X (Intellivision),
Commando Raid (Atari 2600), Spitfire Attack (Atari 2600),
War Games (Colecovision), Blueprint (Atari 5200)
Pleiades
Grade: D+
Publisher: UA (1983)
Posted: 2016/3/21 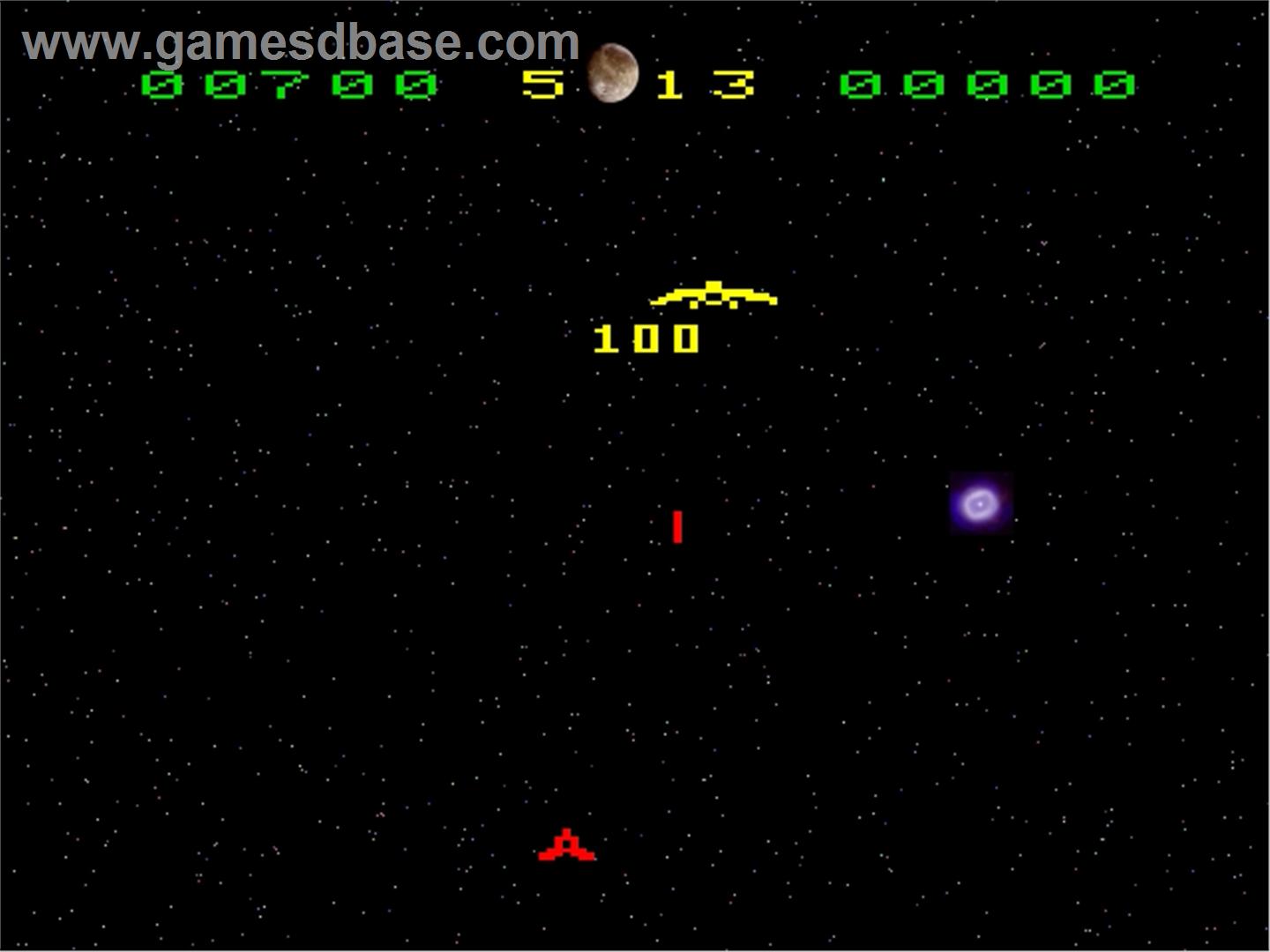