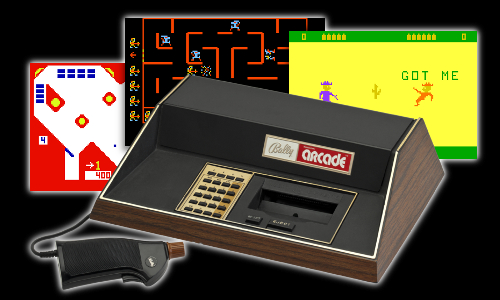 The Bally Astrocade was a highly capable console that stacks up favorably to other systems of its day - namely the Atari 2600 and Intellivision. The first time I showed it to my friends they were amazed. The system boasts vibrant graphics, smooth animation, and flicker-free, multi-colored sprites.

Its games have an arcade quality combining the rich visuals of the Intellivision with the frantic action of the Atari 2600. The system's robust audio easily outshines the typical beeps and buzzes of comparable systems. The controllers may not look like much but they are no joke. The grip and trigger feel comfortable and the small knob on top performs double duty as a joystick and paddle. All things considered, it's hard to believe this system failed!

What was the problem? Well, the game selection for one. The Astrocade's modest library was lacking high-profile licenses and original titles. The system's best games are knock-offs of classics like Galaxian (Galactic Invasion), Pac-Man (Muncher), and Wizard of Wor (The Incredible Wizard). Few titles took full advantage of the system's capabilties, so beyond the top-tier there's a severe drop-off. The system is still worth owning, just as long as you accept that its library is limited.

Like all home computers of the late 1970's and early 1980's, the Bally Astrocade supported the programming language BASIC, allowing fans of the system to create their own games, save them to cassette tape, and exchange them with each other. Since BASIC is an interpreted language however, these games ran much slower than normal Bally cartridges. Bally discontinued the Astrocade in 1980 but other companies continued to support the system to various degrees until 1985.

In some ways the Astrocade might be one of the "holy grails" of video game collecting. Working systems are hard to find and collections can runs into big bucks. I spent years attempting to obtain one. The first time I thought I landed one it never arrived and I had to get a refund. Later, I won a second but it arrived broken. If not for the kindness of a reader willing to part with an extra system, I'd probably still be looking. 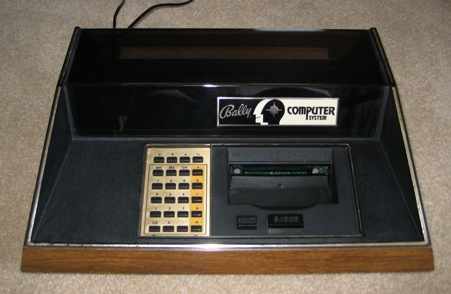 Console Appearance: F. The Astrocade is probably the ugliest piece of hardware I have ever laid my eyes on. That fake wood, gold trim, keypad, and smoked glass looks tawdry. The top of the unit functions as a rack that holds up to 15 cartridges under its removable plastic lid. This console has no sense of style, and did I mention it was big?

Console Functionality: D+. On the front half of the system you'll find a cartridge slot and two buttons: eject and reset. A 24-key keypad features black keys on a gold background, making it look like an old calculator. The power switch is inexplicably tucked into the lower back of the console. You will also find four controller ports back there. It was the first console to have as many.

Durability: D. Astrocade systems were unreliable from the outset, so it's hard to find one that's fully operational. Many FAQs advise against running the Astrocade on a carpet as the system is prone to overheating. The keypad does not age well, and over time its buttons tend to "stick". Fortunately you can completely circumvent the keypad by using the controller to select game variations instead.

Graphics: A. For a first-generation console the Astrocade delivers some very attractive visuals. Early titles were rather plain but some of the later cartridges were amazing. Although somewhat chunky, the sprites seen in Astrocade games are sharp and flicker-free. Unlike the Intellivision, the Astrocade could animate many objects on the screen at a time without experiencing rampant slow-down.

Audio: A. Certain Astrocade games exhibit astonishing audio effects far beyond other consoles of its time. The cacaphony of weird sounds that emanate from Incredible Wizard continue to amaze to this day. Few titles boasted that level of audio quality however. 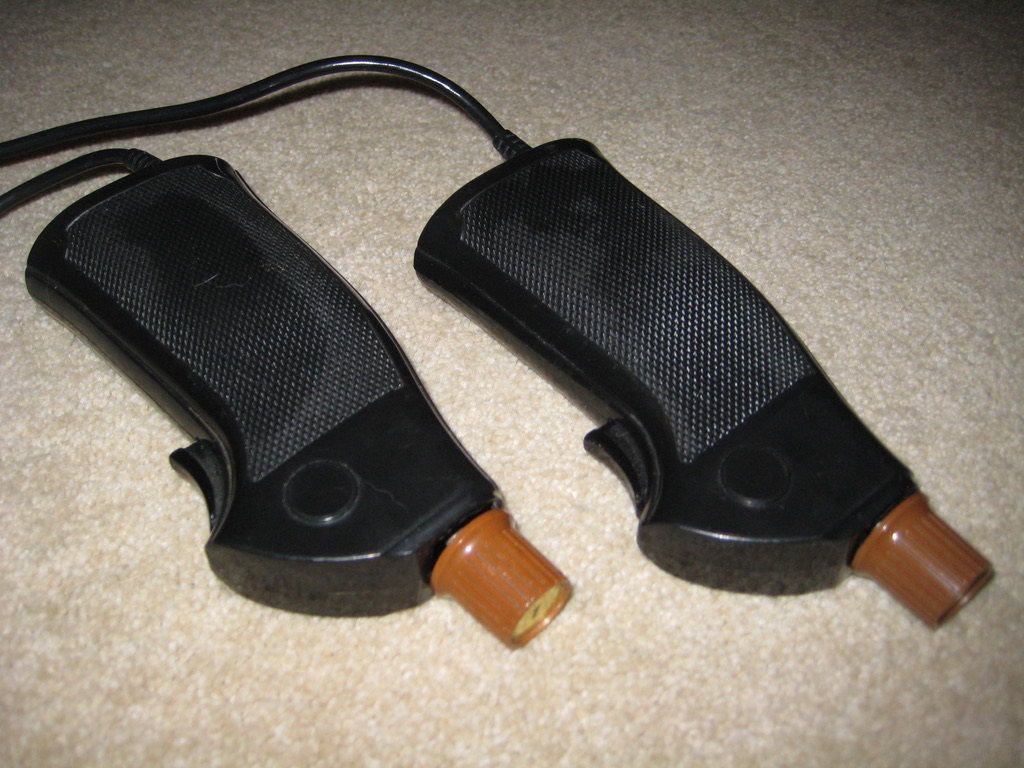 Controllers: A. While they look more like half of a toy gun, the controllers are remarkably comfortable and perfectly functional. The knob at the top functions like an eight-way joystick, and also turns to double as a paddle. This allows certain games to utilize both digital and analog-style controls at the same time. 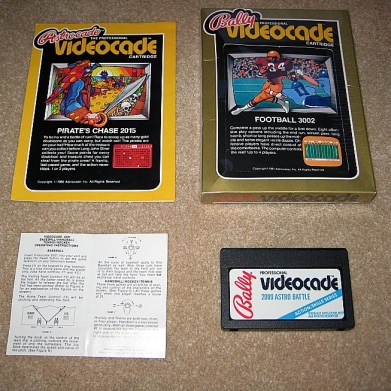 Media: D. The cassette-tape shaped Astrocade cartridges are compact but lack any kind of decorative artwork. There's no label along the top edge so you can't tell what the games are when they're stacked. 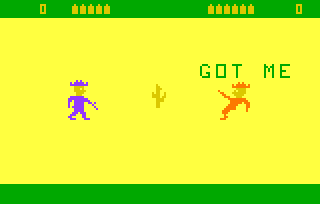 Pack-in Games: B. The Astrocade contains a pair of built-in games that while simple, did a fine job of showing off the system's attributes. Checkmate allows for four players at once, and Gunfight made good use of the knobs on the controllers.

Launch Titles: About a dozen cartridges were available for the system in its first year (1978), but I was unable to ascertain exactly which were available when the Astrocade first shipped. 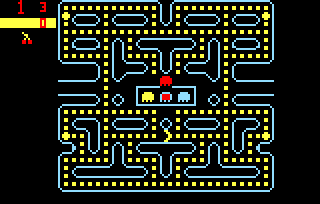 Library: C+. The Astrocade offers meager library but there enough gems to make it worthwhile. Several are first-rate arcade knock-offs including Astro Battle (Space Invaders), Muncher (Pac-Man), and Incredible Wizard (Wizard of Wor). There are some fine multiplayer games, and even the built-in game (Gunfight) is impressive. Unfortunately, the lack of original titles is glaring.

Collectability: D. While a great addition to any collection, a working Astrocade console is difficult to obtain. Once you have the console acquiring the games is fairly easy. Fortunately, the better games like Wizard of Wor and Galactic Invasion tend to be the most common and inexpensive.