Tornado Baseball, Tennis, Hockey, and Handball
Grade: C-
Publisher: Bally (1977)
Posted: 2009/2/18
This collection of simplistic, two-player Pong-style games uses "paddle" controls, and thankfully the excellent Astrocade joysticks double as paddles! Typically Pong games have you moving rectangular sticks up and down, but in this game you move stick figures! But there's more to it than that. 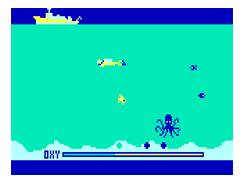 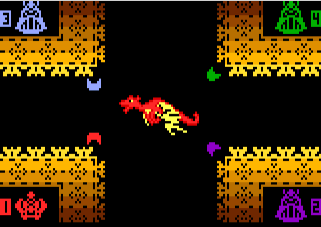 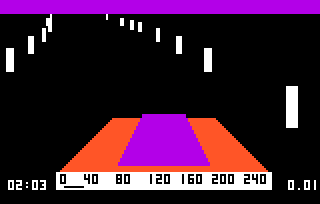