The original Commodore 64 console, released in 1982, is commonly referred to as "The Bread Box" due its unassuming boxy look. Before production was officially halted in April of 1994, it had sold between 17 - 30 million units worldwide (depending on who you believe) and is listed as the best-selling home computer of all time by the Guinness Book of World Records... at least according to some websites. The fact that it was a "computer" and not a dedicated gaming console is probably what helped it to sell so many units to middle-class families with children whose parents wanted to make sure their kids got a leg-up on this whole new computer fad. However, the reality is that every single person I knew who owned one had nothing but a stack of games for it and maybe a single word processing program. The graphics, sound, and complexity of games were head and shoulders above almost every gaming system on the market at the time, and the ease of copying games made it a favorite among cash-strapped teens and young adults everywhere. 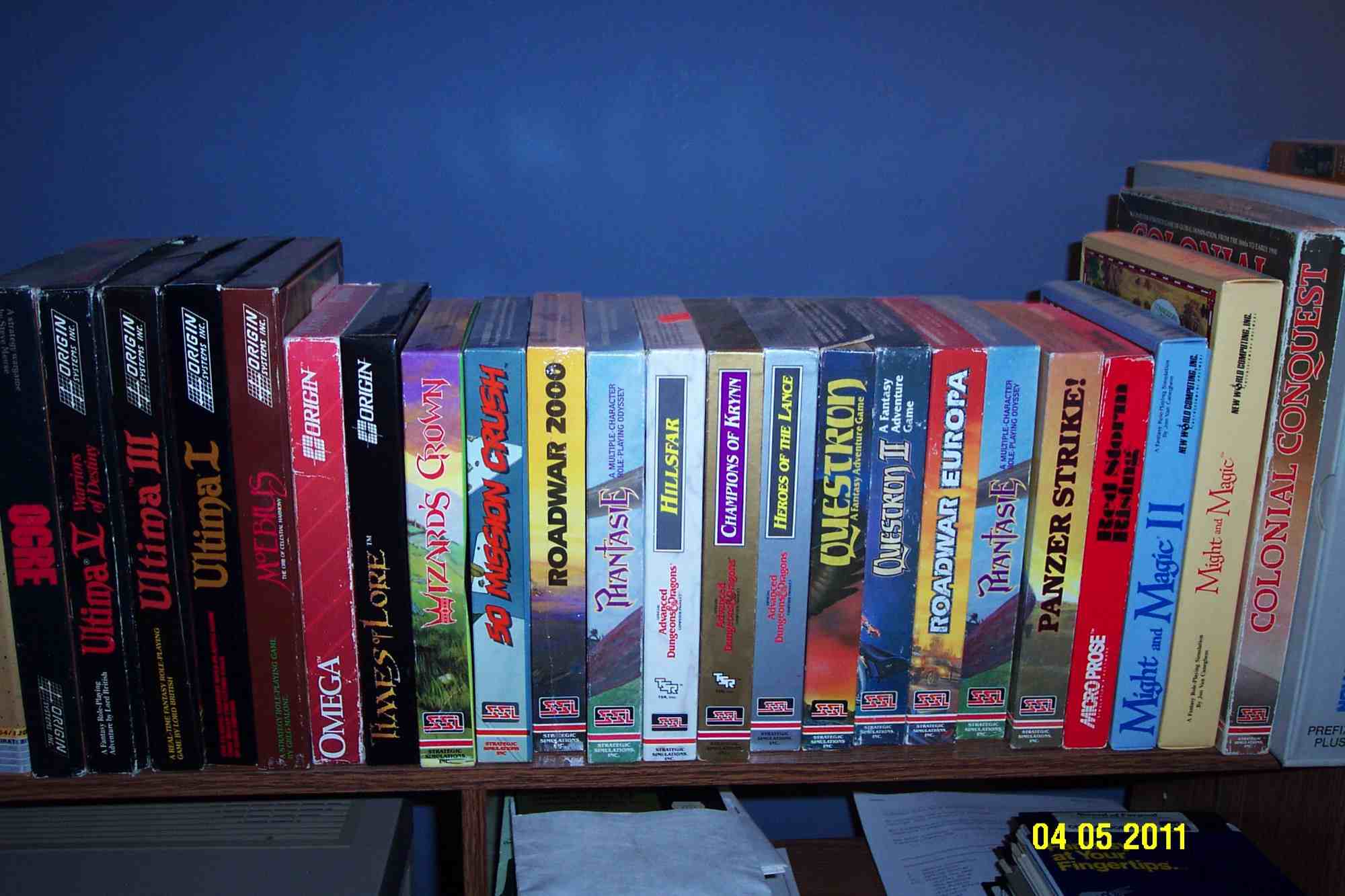 Console design: C-. A later version was released that had a sleeker, sexier look (the Commodore 64C), but the venerable Bread Box is what most people think of when they think of the C64. Essentially an 8-bit home computer wrapped in an ugly phlegm-nougat colored box, it's not much to look at but I guess in the early-to-mid 80's it didn't look out of place in most people's homes either. It has a pretty standard QWERTY-style keyboard with function keys and special purpose keys to boot. It also has multiple jacks for joysticks, serial ports for monitors and floppy drives and a printer, and a cartridge slot. I think there are a couple of other ports on the thing as well, but since they aren't gaming-related they're completely irrelevant and do not exist in my world. Actually I believe the other two ports could be used as a data cassette expansion slot and a dial-up modem connection. While nominally game-related in some sense, if a data cassette is your only means of loading a game into your C64 you'd be better off taking that long data cord and wrapping it tightly around your neck until you choke yourself to death because that would be far less painful than actually using it to load a game with.

Console durability: A+. Almost 30 years later and I have several bread boxes (and at least one 64c) lying around that work flawlessly. Not two weeks ago my wife spilled half a glass of wine on one of my Commodores and it didn't bat an eye. These things are rugged, and they had to be to survive the anguished fist-poundings and side-smacking that countless kids gave them in frustrated rage during all-night gaming sessions - or that at least one adult occasionally gives them a few nights a year. In all my years of being a C64 fanatic and out of all my friends who owned them, I've never known one to stop working correctly through normal use. Come to think of it, I've never known one to stop working correctly through pretty horrid abuse. These are the tanks of the computer world.

Controllers: C. Although I've read that Commodore produced their own joystick controllers, paddles, and even a mouse, I don't believe I've ever personally experienced any of them. Everyone I knew used either standard Atari joysticks or other third-party joysticks such as the TAC-2 or Wico. Some being better than others, it was nice that the C64 allowed for a multitude of joysticks that were compatible with other gaming systems at the time but it makes it difficult to give a true overall grade to the controller aspect of the system. I would give the TAC-2 an "A", the Wico a "B", but the Atari Power Stick I'd have to give a "D" to due to its diminutive size. It's really a matter of personal preference. 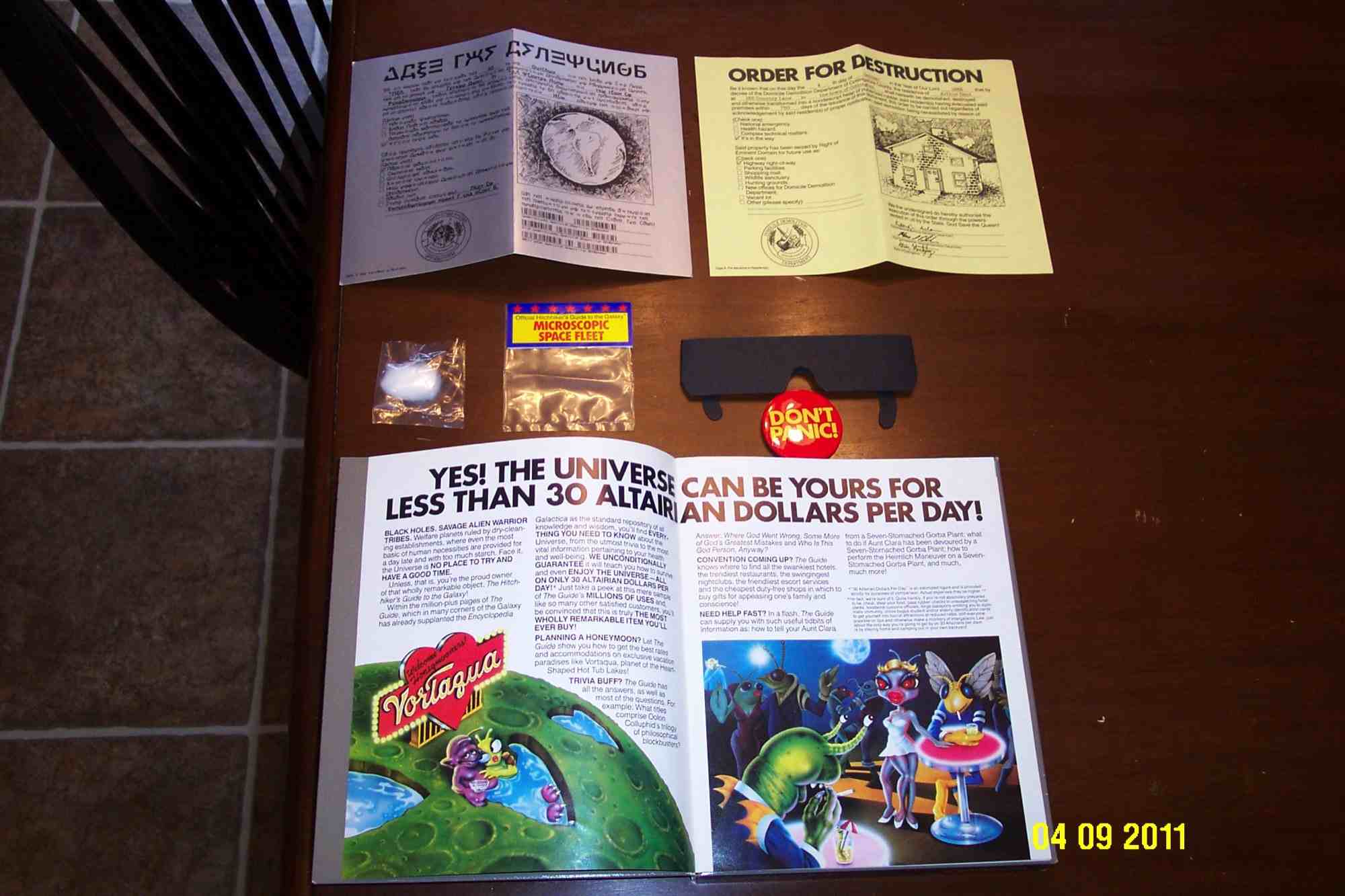 Media: C-. The media used with the C64 was either a data cassette tape (F-!), cartridges, or floppy disks. The cartridges worked fine and the floppies were head-and-shoulders above the data cassettes for ease of use, storage, and reliability, but they were slow and loud when used in conjunction with the 1541 floppy drive.

Packaging: B+. The packaging for the games that Commodore itself put out was pretty basic; an envelope-style packaging that opened like a folder and contained your floppy disk(s), manual, and a registration card and/or advertisement flyer. Some of the stuff from 3rd party companies like Infocom would contain whatever "extras" that company included in their own packaging. Other companies really went above and beyond - Ultima games, for instance, often included a cloth string purse that contained "Coins of the Realm" (metallic coins of gold and silver color supposed from the land of Britannia) and a cloth map of the land. The aforementioned Infocom would really mix things up... The Hitchhikers Guide to the Galaxy had a cover you could open that revealed ads for fake products related to the game and book, as well as pretend sunglasses, a plastic baggie containing a "Microscopic Space Fleet", a button, "fluff", and destruction orders printed on their own cards. Much like the controllers, the packaging could range anywhere from "A" to "D" material, it just really depended on the company producing the game.

Games: A+. Almost any video game released for any system during the time the C64 was in production saw a C64 version. There were also plenty of C64-only releases of games as well. The games for the system tended to be colorful, sound great, and avoided slowdown when lots of action was taking place. I remember comparing versions of various games between the C64 and other systems, and the C64 version almost always looked and played better. The sheer library of games for this system has to easily run into the thousands of titles, with every genre you can think of represented.

Graphics: A. Compared to other popular systems at the time, the C64 had a decided graphical edge. Supporting two high-resolution graphics modes, the C64 was capable of sprites, bit-mapping, character collision detection, smooth scrolling, and 16 colors.

Audio: A. The C64 came with a built-in SID chip (Sound Interface Device) that had 3 separate channels. It was really the first time that a computer was designed from the beginning to give audio feedback beyond simple beeps, and was instrumental in helping to make the C64 such a phenomenal gaming device. The sound was so famously good that over a dozen different software packages allowing you to create your own music and sound effects were released during the systems lifespan. To this day there are web pages devoted to C64 music and sound samples.

Collectability: A. A massive production run coupled with an extremely durable design and more games than you could conceivable play in a lifetime, the C64 is a game collector's dream. Everything you could want for your C64 collection is almost certainly easily found online and probably at a fairly low price. Only small production limited lifespan peripheries for the C64 might cause you problems finding or a serious hit to your wallet, but all the core components and games you really need to enjoy the thing can be had for a song.

Innovations: Nothing that Commodore did with their system was really innovative, they simply took other ideas and designs and combined them into a single, powerful package at an affordable price. I guess that was the only real innovation, recognizing that a home computer didn't have to be all spreadsheets and databases, but could also be entertainment devices as well. Their only real competitors at the time (Apple, Atari, Texas Instruments) treated gaming as an afterthought for their computers, whereas the C64 seemed to have it front and center for their architecture.

Pros and Cons:
+ Tough, durable, likely to outlive most of their owners.
+ Vast library of games touching every conceivable genre.
+ Core components and peripherals easily and inexpensively attained.


- Data cassette drive will drive you to drink.
- Floppy drive is noisy, slow, and prone to mechanical issues
- Power supply "brick" gets hot enough to cook an egg on.

Check for Commodore 64 systems on Ebay
Commodore 64 Game Reviews
System Review Index
Copyright 1999-2020 The Video Game Critic.  The reviews presented on this site are intellectual property and are copyrighted. Any reproduction without the expressed written consent of the author is strictly prohibited. Anyone reproducing the site's copyrighted material improperly can be prosecuted in a court of law. Please report any instances of infringement to the site administrator.