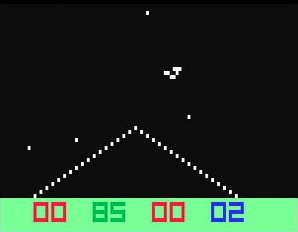 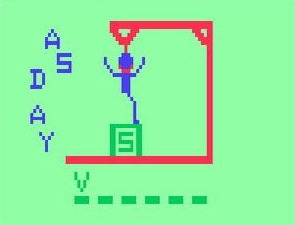 This may be the most patently offensive retro game I've ever played, depicting a man actually being hung from the gallows! At least Atari had the decency to use a monkey hanging by the tail in its version of Hangman (Atari 2600, 1978). Here you can even see the noose for crying out loud. The fact that the guy looks like a member of the Las Vegas Blue Man Group doesn't make it right.

From a gameplay standpoint Hangman is harder than it looks. You would not believe how difficult it can be to guess basic words like "luxury", "regular", and "bounce"! Or maybe it's just me.

The interface is sensible enough as you simply cycle through the letters and select the one you want. Keep in mind the game will let you select a bad letter more than once! Five wrong answers your guy drops, causing his neck to snap. Brutal!

If you think Hangman's visuals are disturbing, brace yourself for its audio. A wrong answer causes the system to emit an extended, loud cacophony of noises and you can't turn it down. That's because the original Fairchild's speaker was built into the system! The guys from Dumb and Dumber couldn't produce a noise this obnoxious. You've been warned. Play Hangman on the Channel F and you will be at its mercy. © Copyright 2022 The Video Game Critic. 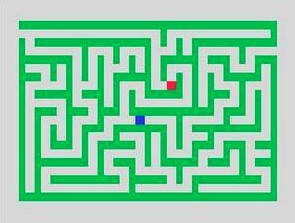 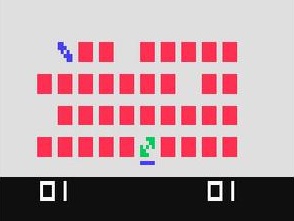 I enjoyed playing the card game Memory as a kid with my sister. I've even enjoyed playing video game versions of it on occasion. And yet I absolutely detest Memory Match for the Channel F. This game is worthless!

The interface isn't bad. Using a cursor you navigate a grid of face-down "cards". One or two players take turns selecting pairs. Finding a match removes the pair and earns the player a point. Scores are displayed on the bottom, and in single player mode you also see the number of turns.

The problem is, the symbols on the cards are not my idea of "memorable". In one variation the cards have single-digit numbers on them. That would only leave 10 possibilities right? Not if the numbers are different colors. Either way it's boring as [expletive].

The variation that uses shapes is arguably worse. These abstract symbols all look very similar, often only differentiated by their orientation or color. While playing Sudz we actually found ourselves doing progressively worse as the game went on. Memory Match is so forgettable, you begin drawing a blank while you're still playing.

This is the kind of game you just want to be over. I can't believe Sudz lobbied for a D-. What a [expletive] push-over! Memory Match doesn't bring anything to the table at all. If anything, it tarnishes the memory of a classic game! Thanks for destroying my childhood, Memory Match! And here I thought George Lucas was bad! © Copyright 2022 The Video Game Critic. 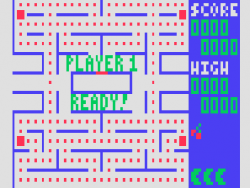 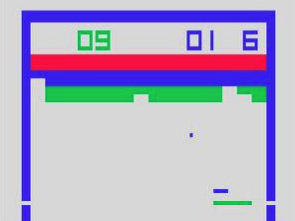 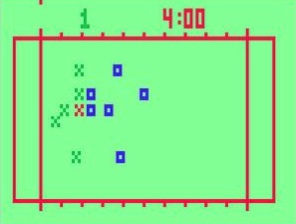