As Sega's final console, the Dreamcast marked a bittersweet chapter in video game history. It was a wonderful but largely under-appreciated machine. Released on 9-9-1999, the power of the system far surpassed anything else on the market. With its jaw-dropping graphics, compact design, comfortable controllers, and excellent selection of exclusive titles, the Dreamcast should have been a runaway success. Unfortunately, Sega's reputation was not in the best of shape after the failures of its previous two systems (the 32X and Saturn). Many gamers were content to hold out a year for the much-hyped Playstation 2. But the biggest single factor that hamstrung the Dreamcast was its inability to play DVDs. In 1999, DVD format was just beginning to take off, but the players were prohibitively expensive for most consumers. Sony seized the opportunity, and marketed the PS2 as a combination game machine and DVD player. Not only did this seem like an incredible value, but it had appeal far beyond the typical gamer market. Sega used a proprietary "GD-ROM" format for the Dreamcast, which stored more data than a standard CD, but still seemed like old technology.

The Dreamcast console is compact and lightweight, with four controller ports and a pop-top lid. It was the first console to ship with online capabilities, thanks to its built-in 56K modem. The system's sizeable controller features a digital pad and analog stick, as well as two "triggers" in the back with a wide range of movement. The controller's rounded design and large grips made it comfortable to hold, and two slots on the top could accommodate both a rumble pack and a Virtual Memory Unit (VMU). VMUs were oversized memory cards with tiny buttons and a black-and-white LCD display that's visible through a square opening on the face of the controller. In theory, a VMU could be used to hide information from your opponent or play stand-alone mini-games. It seemed like a good idea at the time, but few games really took advantage of the VMU, and the short life of its lithium batteries made it impractical as a portable game machine.

What really made the Dreamcast special was its strong lineup of games. Sonic Adventure finally gave the popular hedgehog his first legitimate 3D adventure and prompted a hit sequel. Sports titles like NFL 2K and NBA 2K featured television-quality visuals and sophisticated gameplay. Easy-to-play arcade-style titles like Crazy Taxi and Virtua Tennis were released on a regular basis. Sega wasn't afraid to push the limits of gaming either, taking chances with innovative game designs and peripherals that often bordered on bizarre. Sadly, Sega couldn't compete with the Sony juggernaut, and was forced to bow out of the hardware business in 2001. It's a shame that a quality system like the Dreamcast had such a short lifecycle. For collectors, the system is a dream to collect for, thanks to its limited but rich library of original titles. 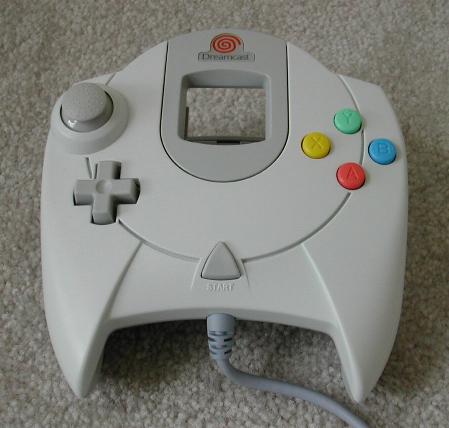 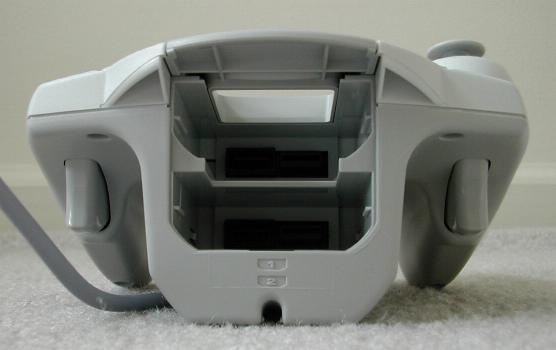 Console design: A. The Dreamcast is a surprisingly compact system, and its bright white casing and orange logo are attractive and distinctive. On the top of the system you'll find a power button, open button, and a triangular power light. Taking its cue from the Nintendo 64, four controller ports line the front of the unit.

Console durability: D. The system's main downfall may be its reliability. The Dreamcast laser mechanism tends to wear out over time, making it prone to intermittent read problems. As a result, many Dreamcast fans own a second (or third) system as a backup.

Controllers: B-. The Dreamcast controller is fairly large, but molds to most hands very well. The directional pads and buttons on the face of the controller feel comfortable enough, but the trigger buttons have some issues. Few games utilize the wide range of these triggers, and the best use I've seen for them is controlling the speed of instant replays in sports games. Even in racing games, they are far too loose to adjust with precision. But by far the most obvious design flaw is the cord, which inexplicably extends out from the bottom of the controller, towards the gamer! For a company that had been in the video game business as long as Sega, you'd think they'd know better than to place the cord where it would get in the way! As if Sega recognized this design flaw early on, they included a notch in the middle of the back of the controller, allowing you to route the wire away from you. It looks pretty hokey however, and the wire does not always stay put.

Media: C. While the Dreamcast disks appear to be normal CDs, they actually use a proprietary format that allows up to 1 GB of data to be stored on them, compared to the standard 650 MB capacity of a normal CD. Many questioned Sega's decision not to go with the new DVD format, which swayed a lot of potential customers to Sony.

Packaging: B+. Packaged in standard CD jewel cases, Dreamcast titles are compact and easy to store. While the initial white color scheme looked very attractive, Sega inexplicably ditched it in favor of a black one that mirrored the Playstation packaging.

Games: A. The Dreamcast library is outstanding, especially for sports fans and those who prefer arcade-style action. Games like Hydro Thunder, Crazy Taxi, Soul Calibur, House of the Dead 2, Sonic Adventure, and Sega Bass Fishing appeal to all ages with their flashy graphics and arcade-style gameplay. Groundbreaking sports titles like NFL 2K, NBA 2K, and Virtua Tennis offered breathtaking visuals and intuitive controls. Unlike Sony, Sega did not shy away from 2D titles, so you'll find a wide array of quality 2D fighters and frenetic 2D shooters. Best of all, Sega took chances and released a lot of exclusive, eclectic titles. Space Channel 5 and Samba De Amigo took rhythm games to a new level, and Typing of the Dead is a brilliantly educational (and hilarious) variation of the House of the Dead 2 light gun game. Sega Bass Fishing was the first game to incorporate a "fishing rod" controller, and Seaman was an absolutely bizarre virtual pet game packaged with a microphone. Jet Grind Radio combined skateboarding with graffiti painting using groundbreaking, cell-shaded graphics. All in all, the Dreamcast library covered every genre with innovation and style. 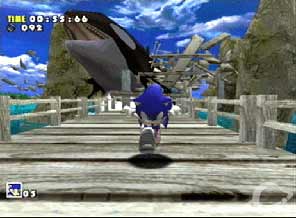 Graphics: A. The Dreamcast's graphics were miles ahead of its competitors in 1999, and they still look terrific today. The level of detail may not be as impressive as it once was, but the smooth, fluid visuals have a timeless quality. Games like Soul Calibur, Hydro Thunder, Power Stone, Skies of Arcadia, and House of the Dead 2 still compare favorably to many current generation titles.

Audio: A. As with most CD-based systems, the Dreamcast's audio was unlimited in terms of quality.

Collectability: A-. The Dreamcast console is a lot of fun to collect for. The games are readily available, usually complete, and it's even possible to collect the entire library. Although the games were dirt-cheap in the early 2000's, they've recently begun to inch up in price as they've become more scarce. The toughest part of collecting for this system is finding a reliable console, and it's a good idea to own a spare.

Check for Dreamcast systems on Ebay
Dreamcast Game Reviews
System Review Index
Copyright 1999-2020 The Video Game Critic.  The reviews presented on this site are intellectual property and are copyrighted. Any reproduction without the expressed written consent of the author is strictly prohibited. Anyone reproducing the site's copyrighted material improperly can be prosecuted in a court of law. Please report any instances of infringement to the site administrator.