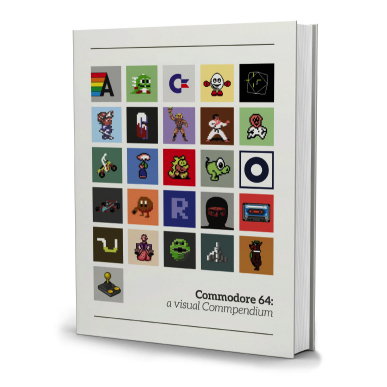 If you're a classic gaming enthusiast who prefers light reading, this book is for you! Apparently conceived via a Kickstarter campaign, Commodore 64: A Visual Compendium lets the graphics do the talking. Each of its high-quality stock pages is splashed with a colorful screenshot from edge to edge. The book is a celebration of the decade of the 80's when the Commodore ruled and its games were on the cutting edge of technology.


Most of the screenshots actually "zoom-in" to emphasize the intricate detail of the gorgeous 8-bit graphics. In some cases the title screen or label art is presented instead. Perfectly clean and well-defined, someone did a great job capturing these images for use in a book. Despite the low resolution and limited color palettes, these graphics have a timeless charm. While primitive by today's standards, these pixelated treasures tend to be remarkably artistic and detailed enough to stimulate your imagination. I just wish each game wasn't limited to a single screenshot or illustration. 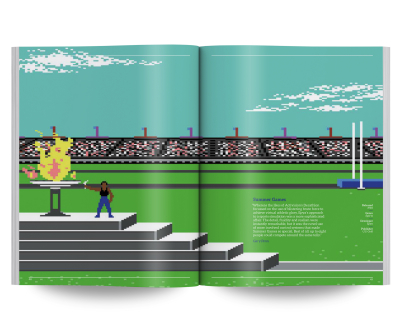 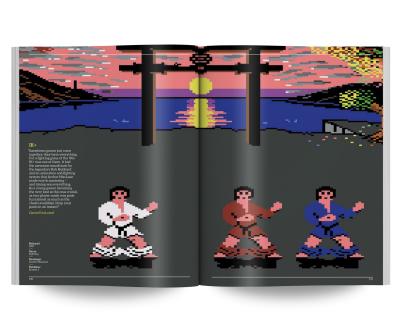 Accompanying each game is an insightful quote describing what's notable about the game. Some of these were furnished by developers who touch on the technical challenges and programming tricks required to squeeze the most out of the technology. Some are testimonials provided by nostalgic players who describe how the game touched their lives. A passion for gaming shines through and there's some humor as well. Unfortunately it's rarely mentioned who the person supplying the quote actually is. You can often derive this from the content, but additional qualifying information (like "Developer, Rainbow Software") would have been helpful in providing some context. 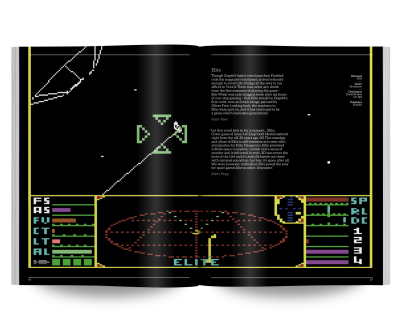 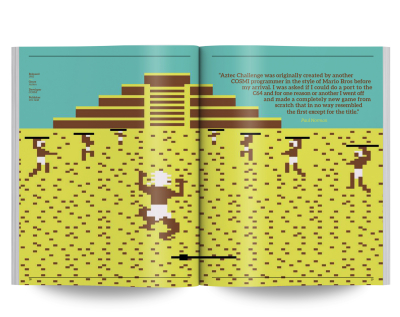 Commodore 64: A Visual Compendium succeeds on several levels. For gamers who grew up in the 80's the book may seem like a trip back in time. For younger gamers it paints a picture of an exciting era when every video game seemed to be breaking new ground. It's fun just to browse through the book marvel at the intricate detail of the images. For collectors this book is a great way to discover classic games you've missed. Since the book was produced in the UK, it provides a lot of insight into titles that were big in Europe but virtually unknown in the States. The games are presented in chronological order, and the last few were made within the last 5-7 years! Who knew they were still making games for the Commodore 64?! That is awesome.


Commodore 64: A Visual Compendium is a unique book and a great keepsake that captures the spirit of the Commodore 64 era. I'd love to see more books adopt this format and provide coverage for other classic systems. I can't imagine any classic gaming enthusiast who wouldn't love to own this book.