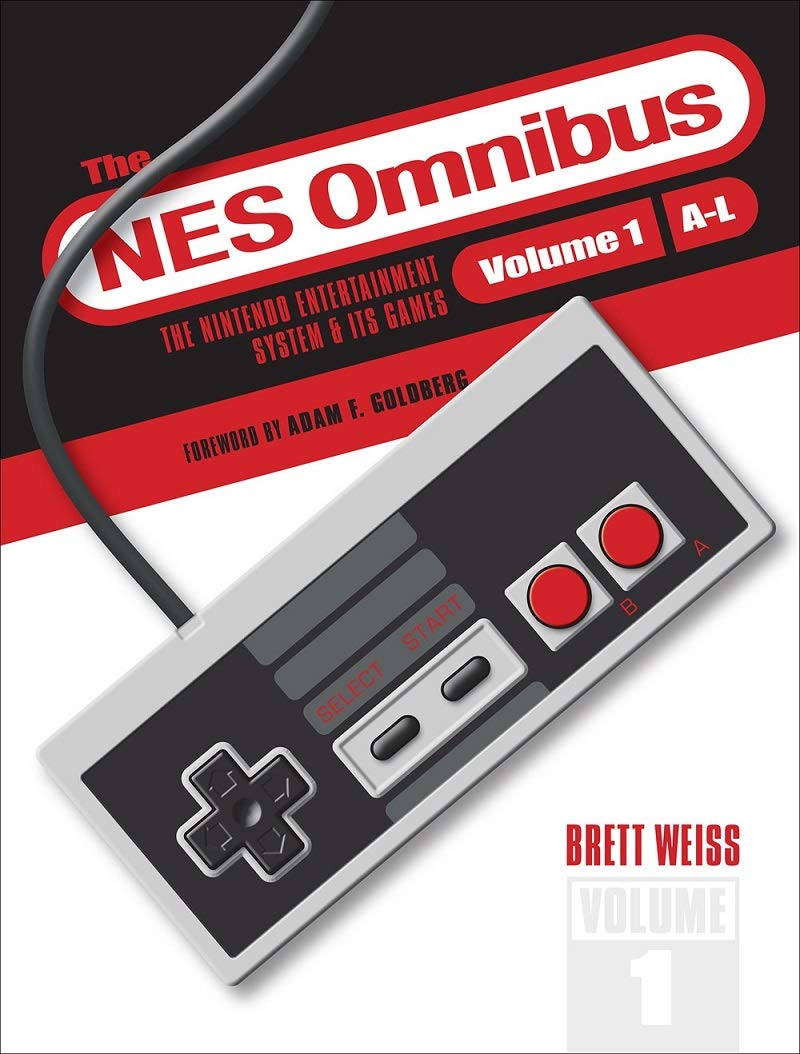 Our intrepid video game author Brett Weiss is at it again, and from the look of this latest tome, he's honed his craft to perfection. The massive NES Omnibus is a great coffee table book, providing it doesn't break your coffee table. This thing is massive. Hey - that just means you're getting a lot for your money so don't complain!

The Nintendo Entertainment System (NES) may have been the most pivotal console in video game history. Coming on the heels of the devastating video game crash of 1983, this little Japanese console single-handed reinvigorated the video game market before catapulting it to new heights. This book attempts to chronicle all the games produced for the system during its ten-year reign beginning in 1985.

I love the general format of the book, which dedicates at least one big glossy page to every NES cartridge in the A thru L range. Expect four to six color photos per game, usually consisting of box covers and screenshots along with the occasional ad or poster. Along the top of each page are the vital stats like publisher, developer, game type and year. The page layouts are improved over Brett's earlier books, making more efficient use of space so every page is jam-packed with information. 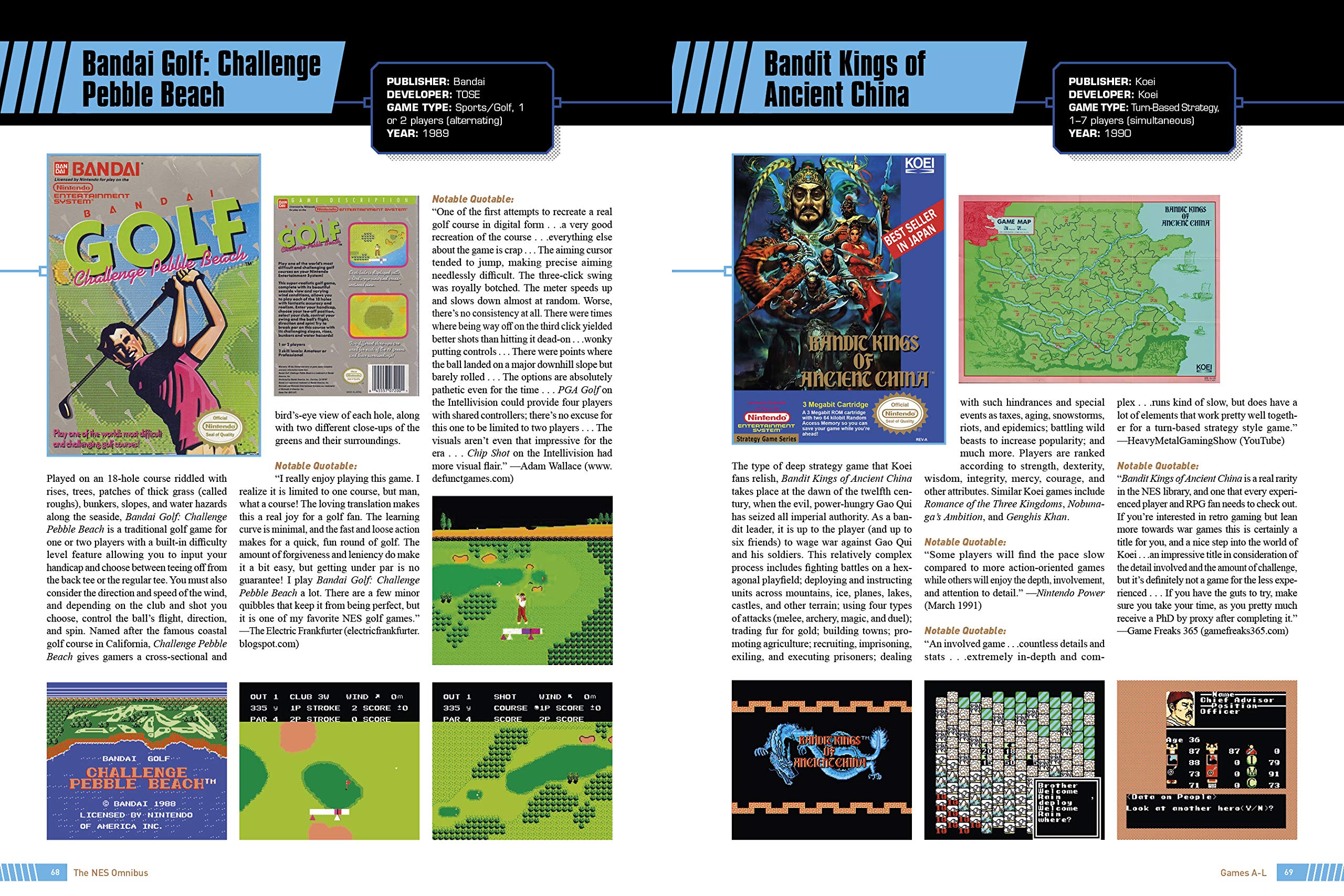 Brett introduces each game with a thoughtful synopsis that really gives you a feel for the game. He certainly did his homework by getting familiar with each and every one of these games. His commentary is followed by several "notable quotables", usually snippets of reviews from magazines and web sites. These offer insightful and often funny commentary, including a few choice quotes from yours truly. I'm a little self-conscious when it comes to seeing my own words in print, but Brett made me look semi-knowledgeable and half-way intelligent - not a trivia task!

Some games include insider insights which are personal recollections of the game, often from youth. It's funny how many of these are childhood memories related to summer breaks, sleepovers, Christmas mornings, and trips to Toys R Us. But the one that really stood out for me was the kid who made an arrangement to acquire the ultra-rare Little Samson cartridge from a kid in another country in exchange for tutoring him in English! That could be a book in and of itself.

Of course, the games are the star of the show, and if you thought the NES had an expansive library, you have no idea. Once you begin flipping through the pages you'll discover titles you never dreamed of. Sure you'll see all the heavy hitters like Contra, Battletoads, Double Dragon, Ghosts 'N Goblins, and the Legend of Zelda. But you'll also discover hidden gems like Bee 52, Dream Master, and Conquest of the Crystal Palace. You'll stumble upon obscure oddities like Clu Clu Land, Bible Buffet, and the Adventures of Tom Sawyer. Who knew there was an Afterburner port for the NES?! I've discovered literally dozens of titles I intend to seek out. I'd list them here but I don't need any more competition on Ebay thank you.

Like a good video game, The NES Omnibus seems to have practically unlimited replay value. It just goes on and on! It would take you weeks, if not months, to read from start to end, although I personally think the best approach is to just start flipping around. I'd recommend this book to anyone with an appreciation for the NES. Brett Weiss may have just produced the definitive source for the system and I'm glad to have been a part of it.

And if you enjoy this don't hesitate to check out Brett's other quality works.