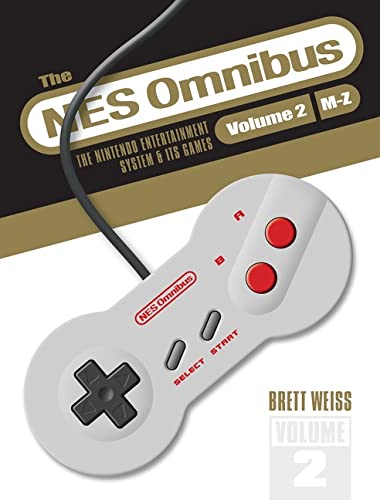 After the resounding success of the first NES Omnibus, prolific author Brett Weiss has delivered big with Volume 2 M-Z. Taken together, these two massive tomes comprise the most comprehensive written account of the system's sprawling library in the history of mankind.

NES Omnibus Vol 2 lets you get really up close and personal with so many classic titles thanks to brief-but-insightful "Notable Quotables", "Memories", and "Insider Insights" blurbs from various sources. You can also expect each page to be plastered with colorful screenshots, cartridge photos, and cleverly-deceptive box art. 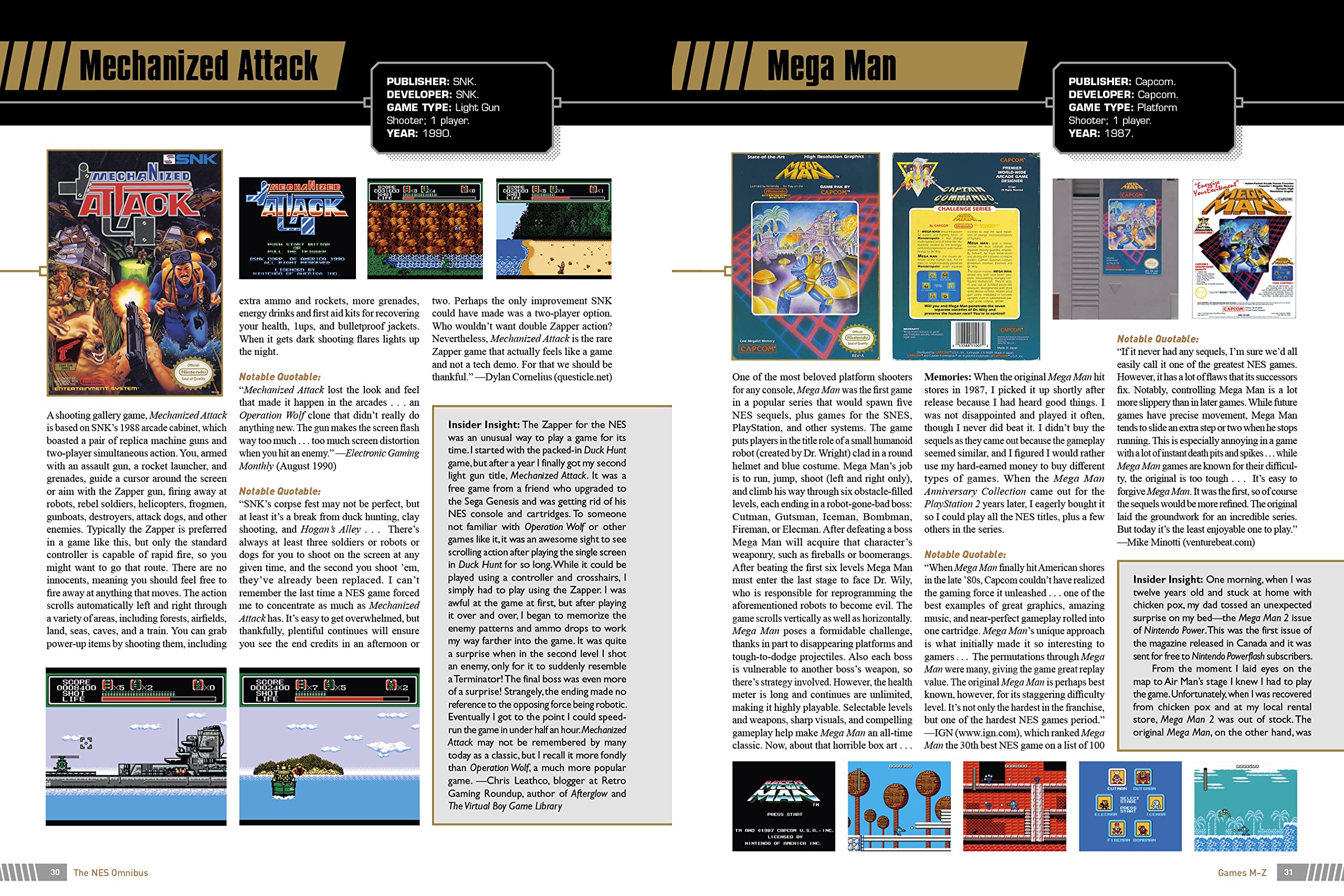 Paging through this omnibus gave me flashbacks to perusing the fun video game magazines of the late 80's/early 90's. I would say the only thing missing are the advertisements, but you'll find a few of them thrown in as well. It's hard not to get excited when a book is chock-full of legendary titles like Mega Man, Ninja Gaiden, Punch Out, Star Tropics, Tetris, and of course Super Mario Bros.

As a collector, the games I find most interesting are the more obscure titles - many of which I didn't even know existed. We're talking about lost gems like Magic Darts, Snow Brothers, Starship Hector, Thundercade, and Panic Restaurant. Even on the internet it can be hard to find solid information on these rarities. While leafing through this book I find myself constantly scouring Ebay for some formerly unknown game I suddenly realize I had to own. It's a problem!

If you're a retro-gaming fan this is book serves as a great reference in addition to a fun read. Let's face it - the internet is fine but trivial stuff, but for lasting knowledge you need a real book printed on physical paper. Suffice to say this hulking volume will survive long after the zombie apocalypse has rendered the entire human race extinct. And did I mention it makes a handsome coffee table book?