A book review by the Video Game Critic 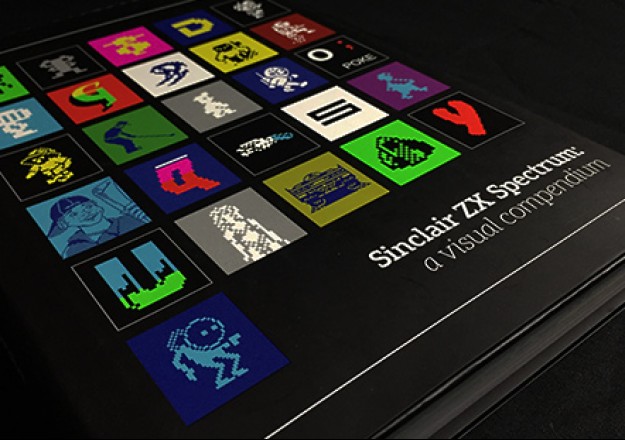 Virtually unknown in the States, the Sinclair ZX Spectrum was a wildly popular and highly influential home computer system in the UK. Released in 1982, the system had the benefit of a price tag less than half of the Commodore 64. Despite its rubber keyboard and limited capabilities, resourceful programmers and graphic artists produced some remarkable work with its hardware. This compendium celebrates the "little engine that could" which launched many careers and produced an extraordinary library of games.

Like previous Bitmap books, Sinclair ZX Spectrum: a visual compendium features colorful screenshots that stretch fully across each high-stock page. Brief but insightful commentary is included from people with inside knowledge. The book caontains dozens of interviews with artists, programmers, musicians, and magazine writers. You have to admire "pixel artists" who squeezed some striking visuals out of the system. The system was able to display 16 colors, but only two per each 8x8 pixel square! You also have to tip your hat to the programmers who engineered invented all sorts of tricks to push the system to new heights. To deal with memory limitations, Tarzan developer Jas Austin employed a wide screen view just to hide code in the unused areas. These talented people weren't deterred by technical limitations; they thrived on them. 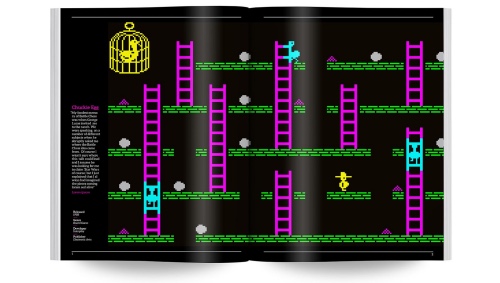 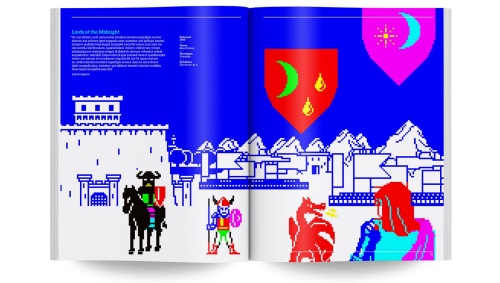 You might expect an early home computer like the Spectrum to have a limited library but that's not the case at all. In fact, the sheer variety of games is astounding. Naturally the system has its share of shooters, sports, and platform titles. But it also had graphic adventures like The Hobbit, complete with a first-person view and non-player characters. T.L.L was a pseudo flight simulator and 3D Deathrace recreated the thrilling speeder bike chases of Return fo the Jedi. Lords of Midnight was a gorgeous adventure that allowed complete freedom of movement. Knot in 3D is an abstract first-person experiment. Starglider was a 3D space shooter with vector graphics. It seems like every game in the book offered some sort of notable feature or innovation. 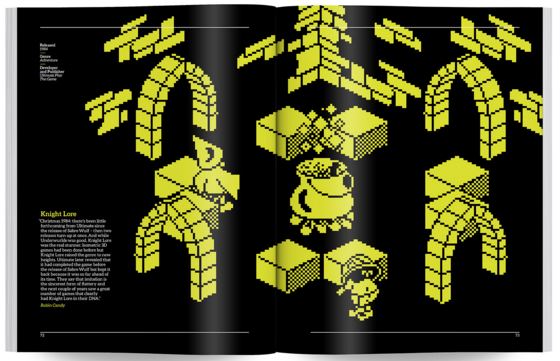 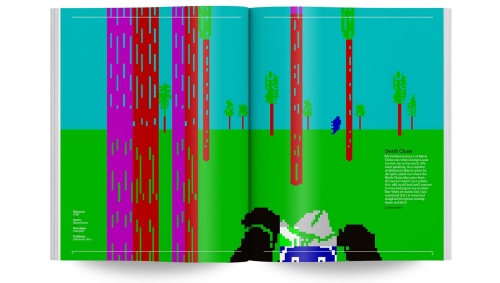 Of the few titles I recognized in these pages, there's Spy Hunter, Decathlon, R-Type, Bomb Jack, and Starglider (from my Atari ST days). Several others I knew were those included in the recent compilation Rare Replay (Xbox One, 2015). They were produced by Ultimate - one of the most prolific publishers for the system. Their innovative line-up included Jet Pack, Atic Atac, Sabrewulf, Underwurlde, Nightshade, Knight Lore, and Gunfright. Knight Lore was a milestone title because of its effective use of isometric, pseudo-3D graphics. The technique was adopted by many games thereafter, bringing a new degree of sophistication.

Sinclair ZX Spectrum: a visual compendium is a celebration of a British icon. This is a handsome book that's fun to read and a virtual feast for the eyes. Retro-minded gamers will relish each page and find themselves wishing they could experience these games firsthand.
Now available from Funstock.co.uk
Use code VGCRITIC for 5% off everything in the store.