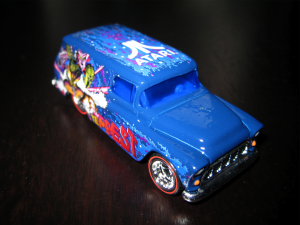 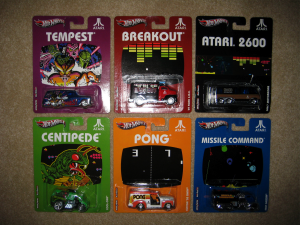 A few years back Hot Wheels released a series based on Sega games, and they were, in a word, awesome. I was caught by surprise when a reader recently informed me about this slick new set of Atari-themed vehicles. It's one of their new Nostalgic Brands of 2012. Compared to the Sega cars, this set features bulkier designs and very old models. If you're a game collector, these would look very nice in your man-cave. Read about all six models below. You can click on the images to get a closer look. 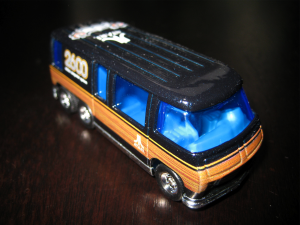 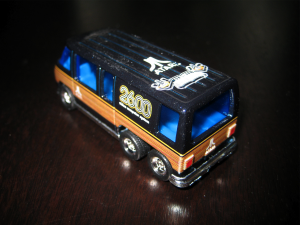 It's no coincidence that the flagship "2600" vehicle is black with wood trim - just like the console! Apparently the design is based on the "GMC Motorhome" (engraved on the undercarriage). The back of the roof features a small graphic of an Atari 2600 console. There are six wheels, and I really like the blue-tinted windshield. 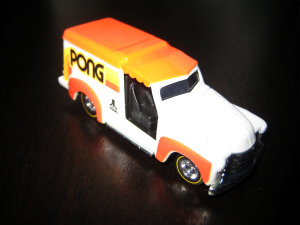 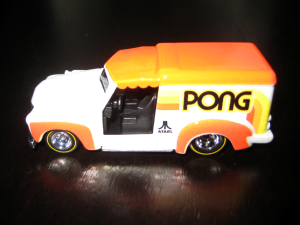 Of all the classic Atari titles Hot Wheels could have selected, I'm a little surprised Pong was a finalist. This design is a "custom '52 Chevy", and it's bright colors remind me of an ice cream truck. The orange-and-white cremesickle color scheme makes me hungry. The back doors feature what looks like a Pong screen. Check out the yellow-walled tires. 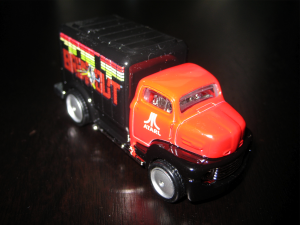 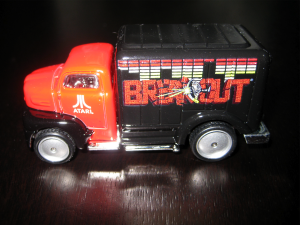 Breakout? Really? This another odd choice, represented as a big 'ole box truck (technically a '49 Ford C.O.E). Like the Pong vehicle, a likeness of the Breakout screen is featured on the back of the truck. Nothing special about this one. 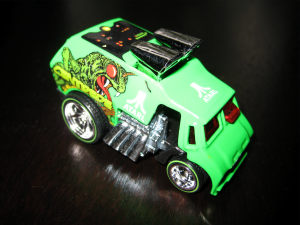 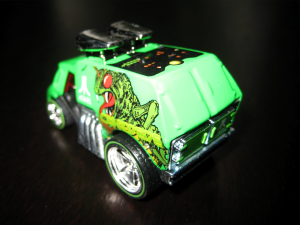 Alright, now we're talking. This Centipede-themed car looks like a crazy, souped-up van. The Centipede logo is plastered on the side is one of those iconic 80's images. A small game screen is printed on top. Check out those big green-walled wheels in the back! This is definitely the most unique (and fun) vehicle design. 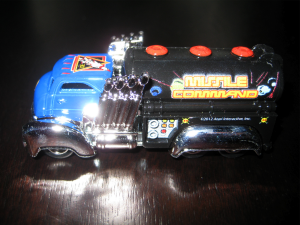 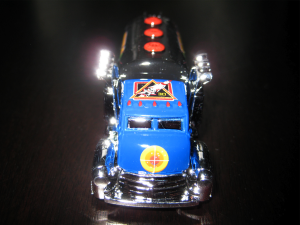 This homage to Missile Command looks like something you'd see straight out of a comic book. It looks like a pimped-out tanker with a tons of chome trim. There are six wheels, although they are hard to see under the wheel covers. This is probably the most over-the-top design. 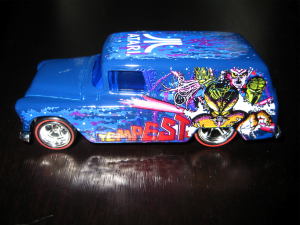 Last but not least is a car based on Tempest. The blue color scheme is really appealing. The Tempest logo is painted across the side, but the details are hard to make out. The tires are oranged-walled, and the rear ones are oversized. 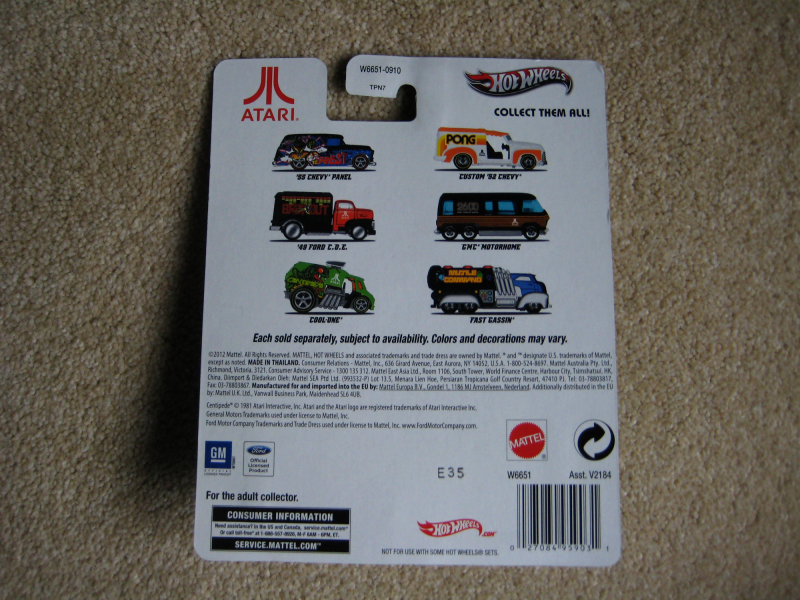 Here is what the back of the packaging looks like.


Buy these cars on eBay, Amazon