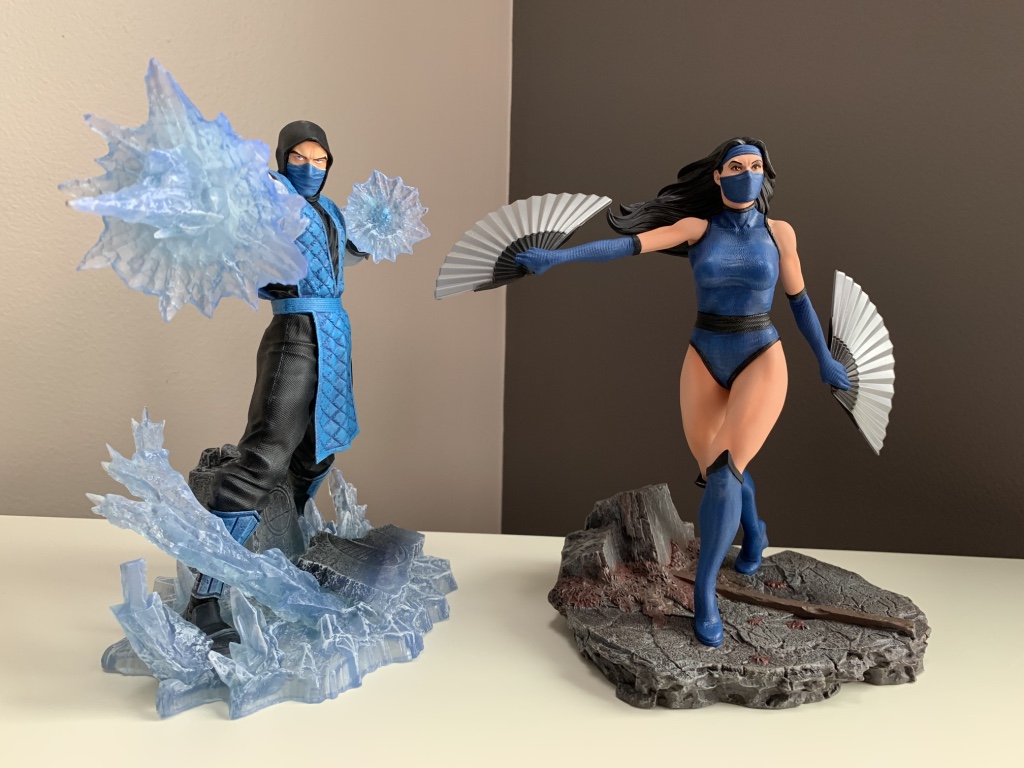 If you're lucky enough to have your own game room (or man-cave) you'll want a few cool display items to liven up the shelves. I have a thing for video game-inspired statues but in the past I've only been able to acquire these from special editions of games. My collection has basically been limited to Ryu (from Street Fighter V), a stylized Scorpion (from Mortal Kombat X), and a pair of amazing Mortal Kombat bookends.

I've been a Mortal Kombat fan since it first hit the arcades in 1992, but statues from the series have always been rare or prohibitively expensive. Fortunately Diamond Select Toys has stepped up with their new line of Mortal Kombat "Gallery Dioramas" and they are actually affordable! 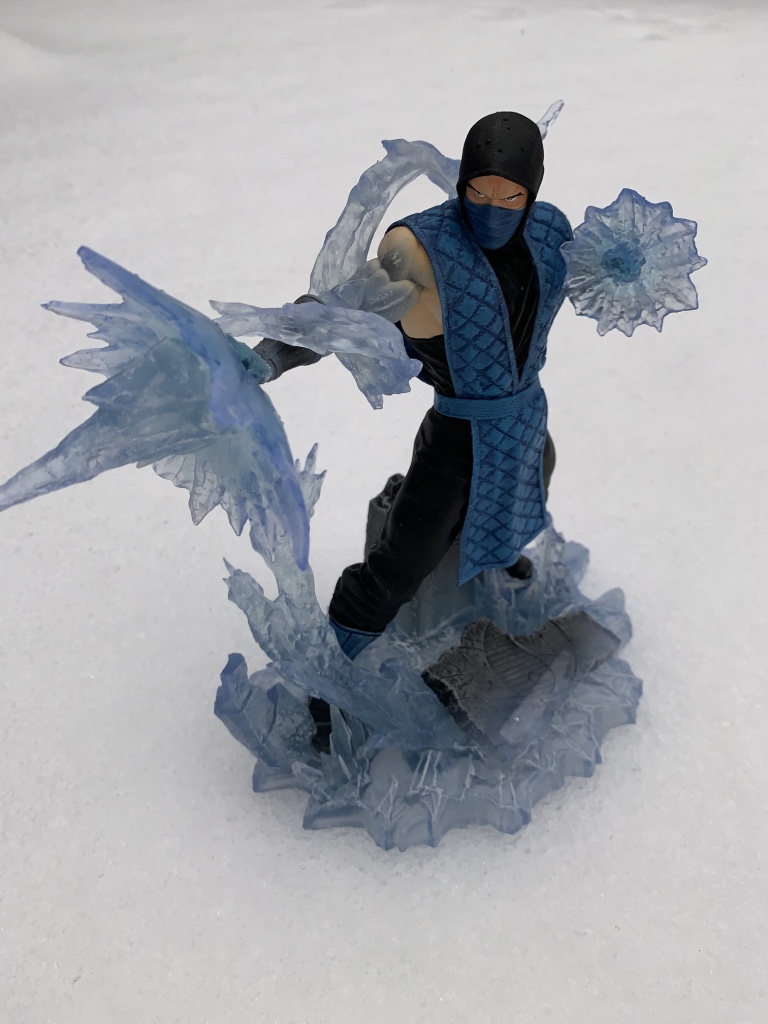 One of the best gifts I received this past Christmas was the Diamond Select's Sub-Zero, depicted in the process of conjuring his frozen-water attack. The artistry of this piece is amazing. From the texture of his clothing to the intense look on his face, the attention to detail is superb. I especially love the semi-transparent "water" swirling around him. It almost looks as if the statue is composed of several different materials all seamlessly integrated. The details in the sturdy base suggests he's dealing violence of the frozen variety in the ruins of some mystical temple. That's just how he rolls. 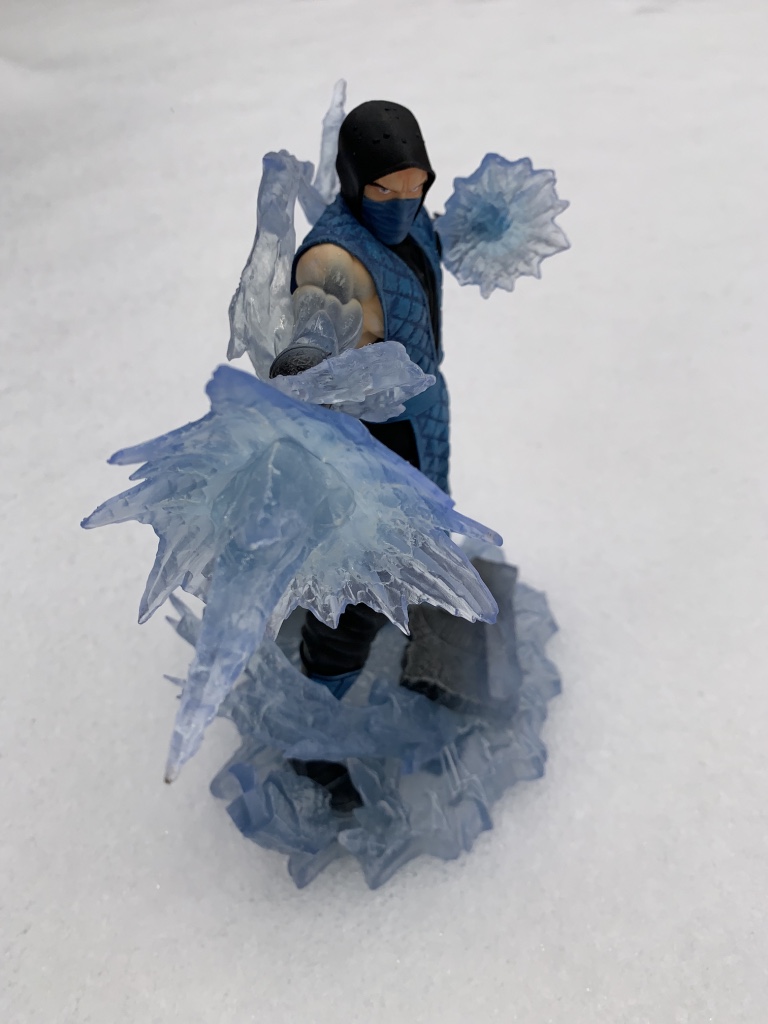 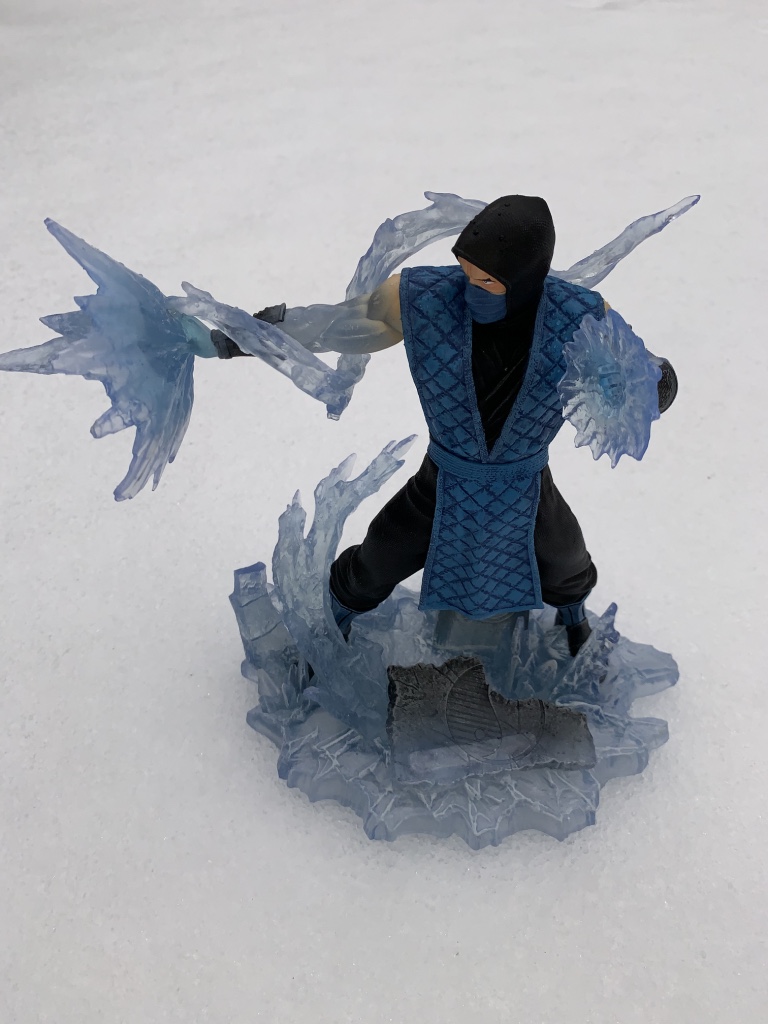 The fact that the statue is composed of high-grade PVC plastic offers several advantages. First, it's very lightweight. Second, it has a little "give" to it so you don't have to worry about fragile parts breaking off. The piece is just the right size. It's big enough to stand out, without being too tall to fit on the standard shelf. 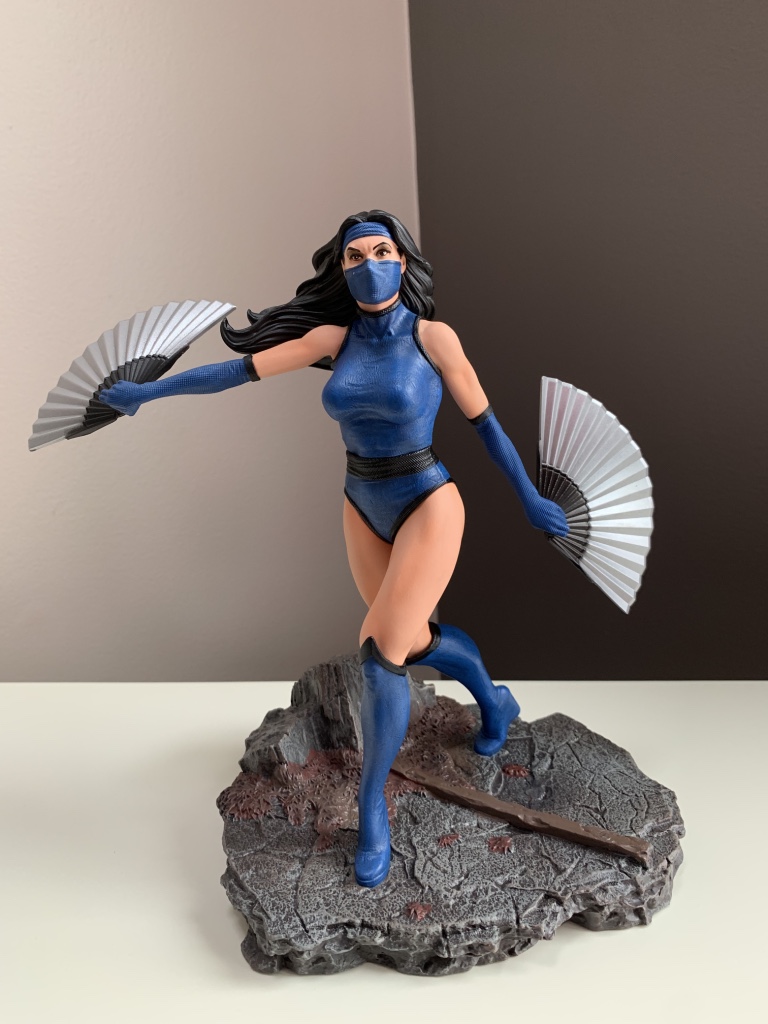 I was so impressed with Sub-Zero I reached out to Diamond Select to see if they would consider sending me their latest statue, Kitana. After a few weeks I was surprised to receive a big box in the mail. It was like Christmas all over again! Kitana is one of the few female Mortal Kombat fighters. She's a beauty no doubt about that, but you don't want to mess with those fans of hers which are lined with deadly blades. 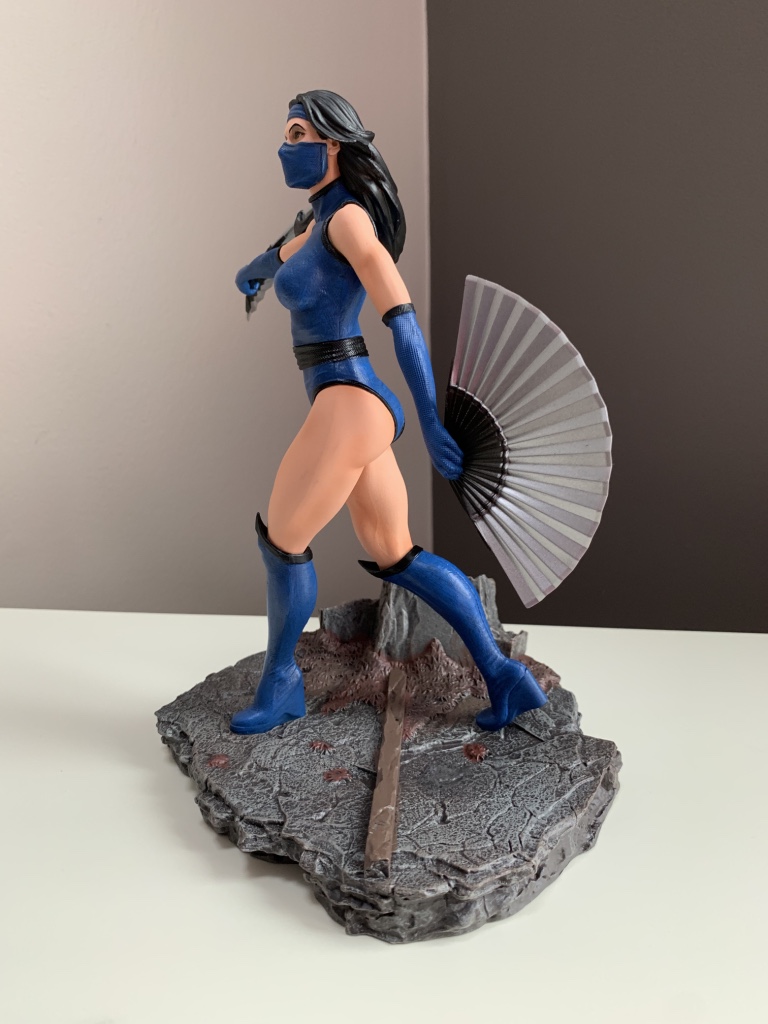 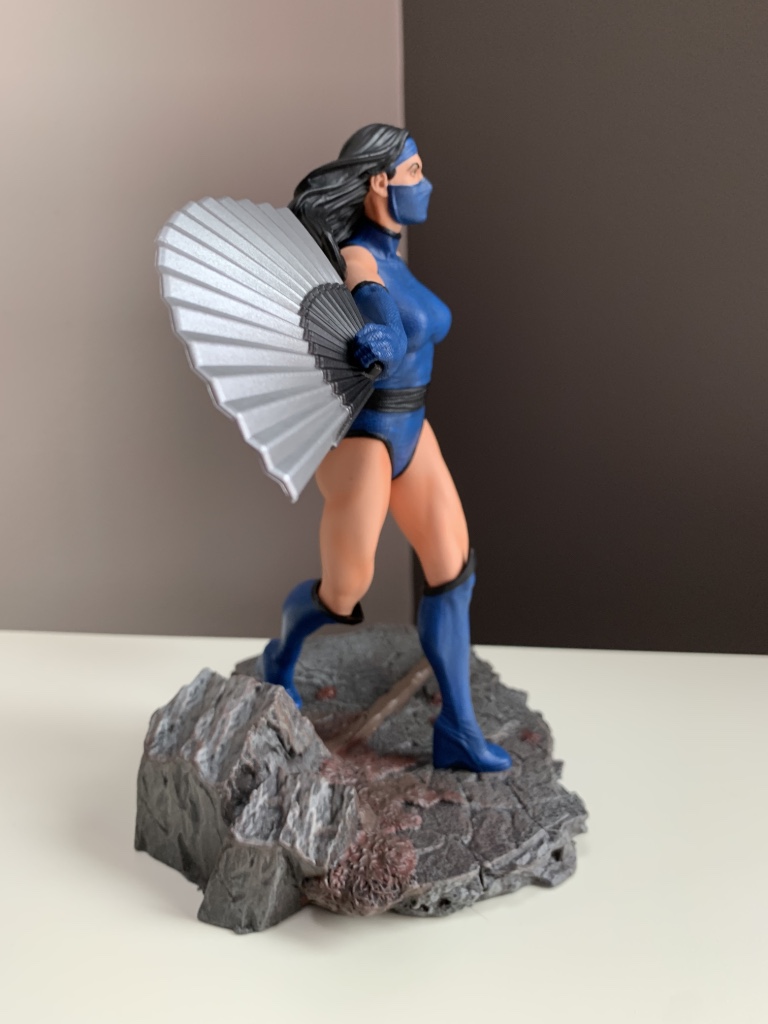 As a bonus Diamond Select sent over two other items I'm told are quite popular. These two action figures hail from the long-running Kingdom Hearts video game series. They depict the main protagonist Sora in two of his many forms: Guardian and Toy Story. These guys are fully poseable and I love their crazy oversized weapons. Both come with the same "Air Soldier" sidekick. 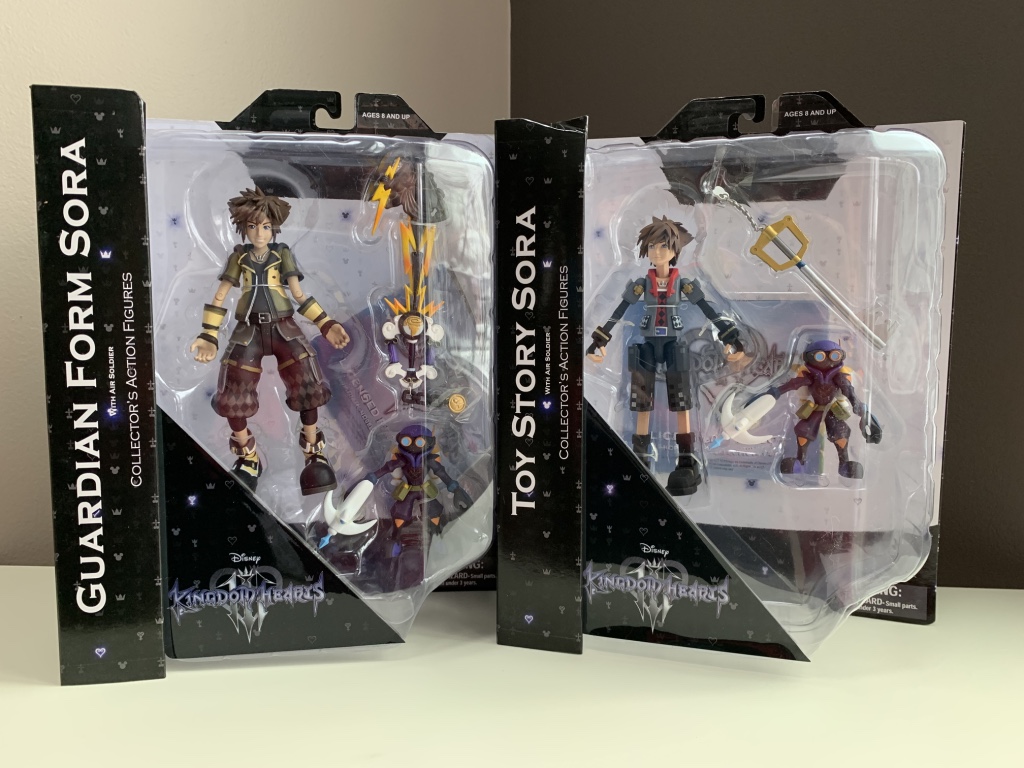 So if you're looking to spruce up the game room Diamond Select Toys has got you covered. Beyond video game-inspired merchandise they also have a huge line of other figures based on various movies and super heroes. Check them out. This is high quality stuff that's just plain fun to look at! 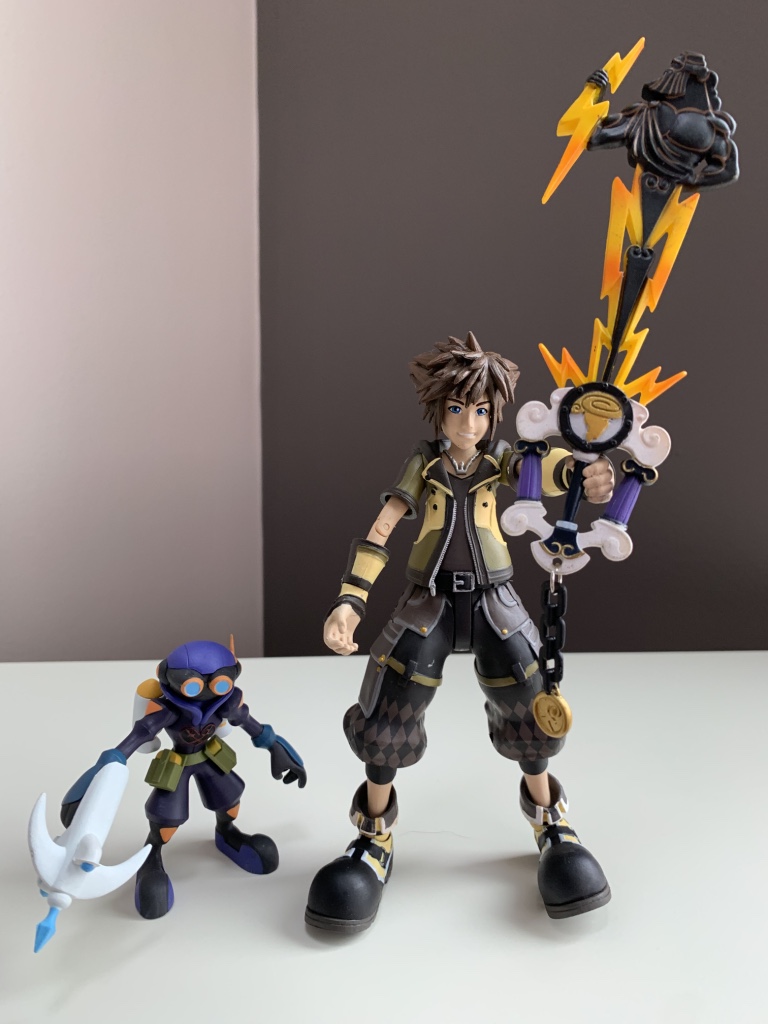 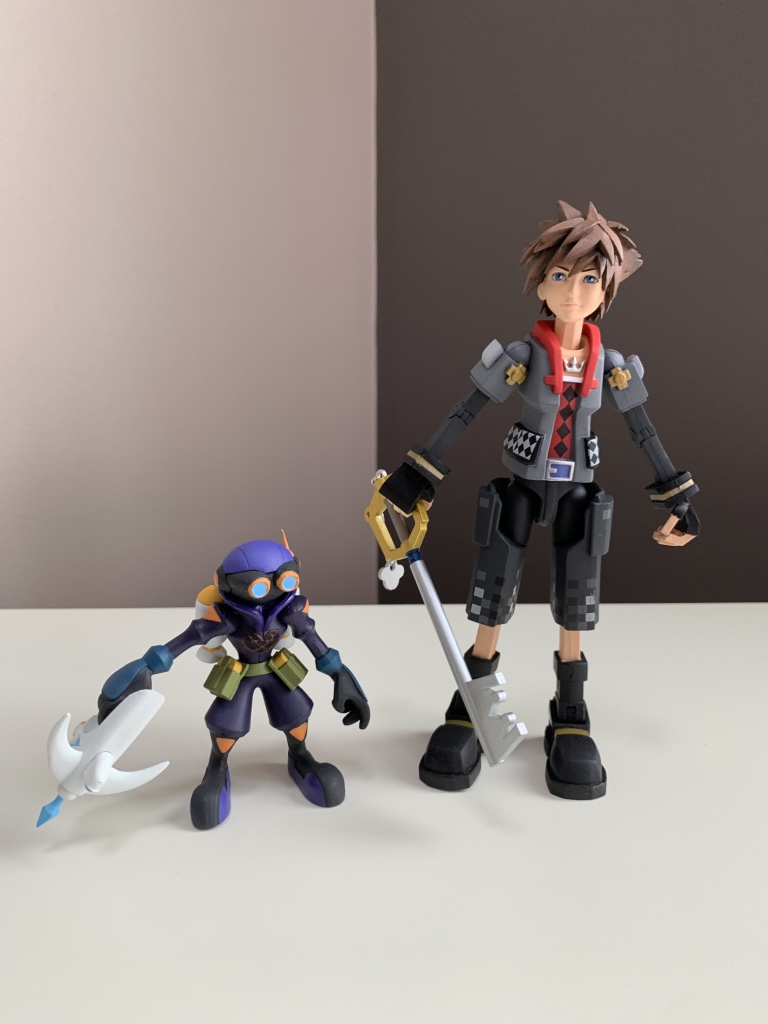