Contra Championship of the Universe 2005

Presented By The Video Game Critic 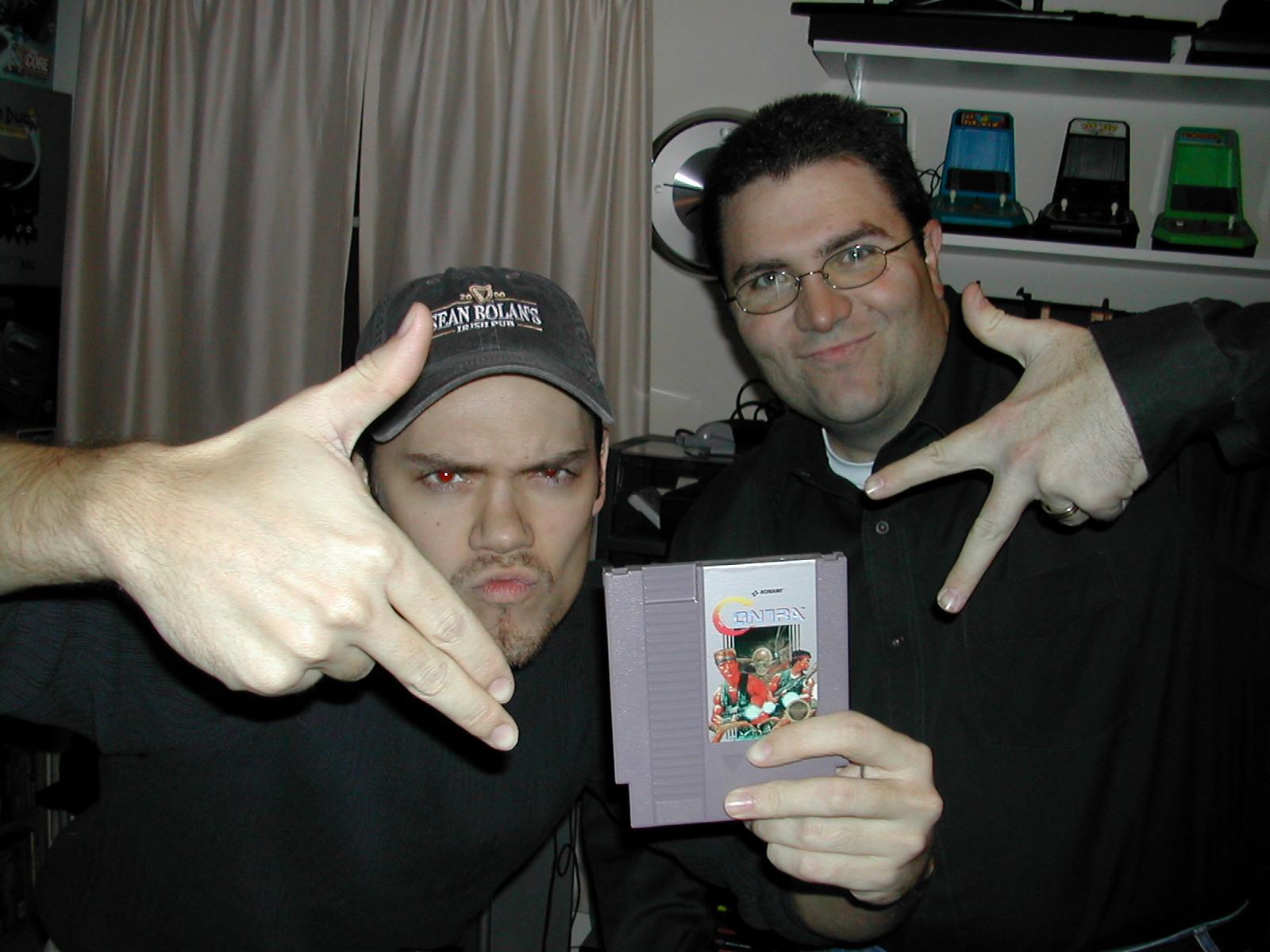 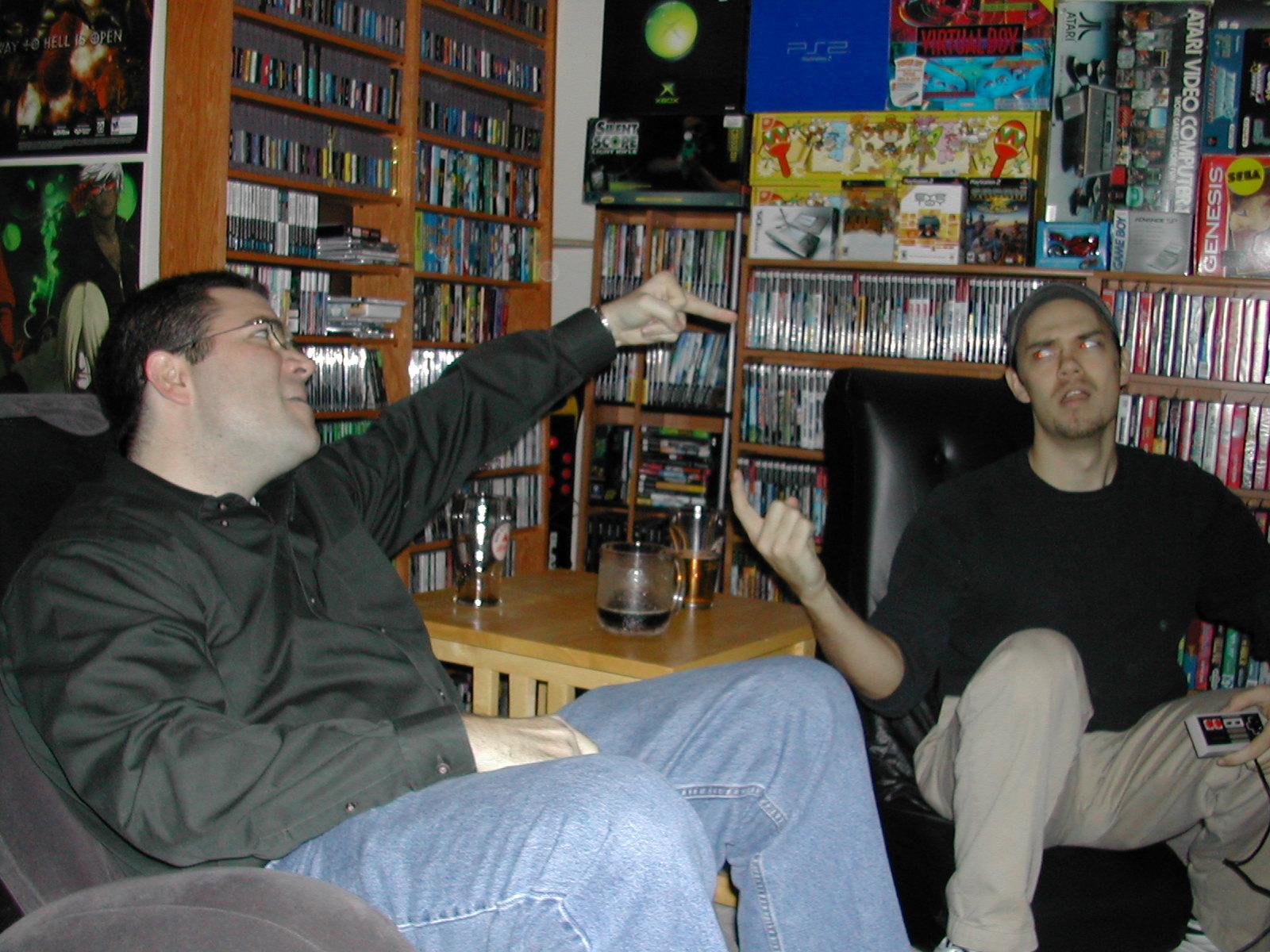 Like two noble gladiators of ancient Rome, Steve (left) and Jonathan (right) begin with a ceremonial verbal assault on each other's mother. 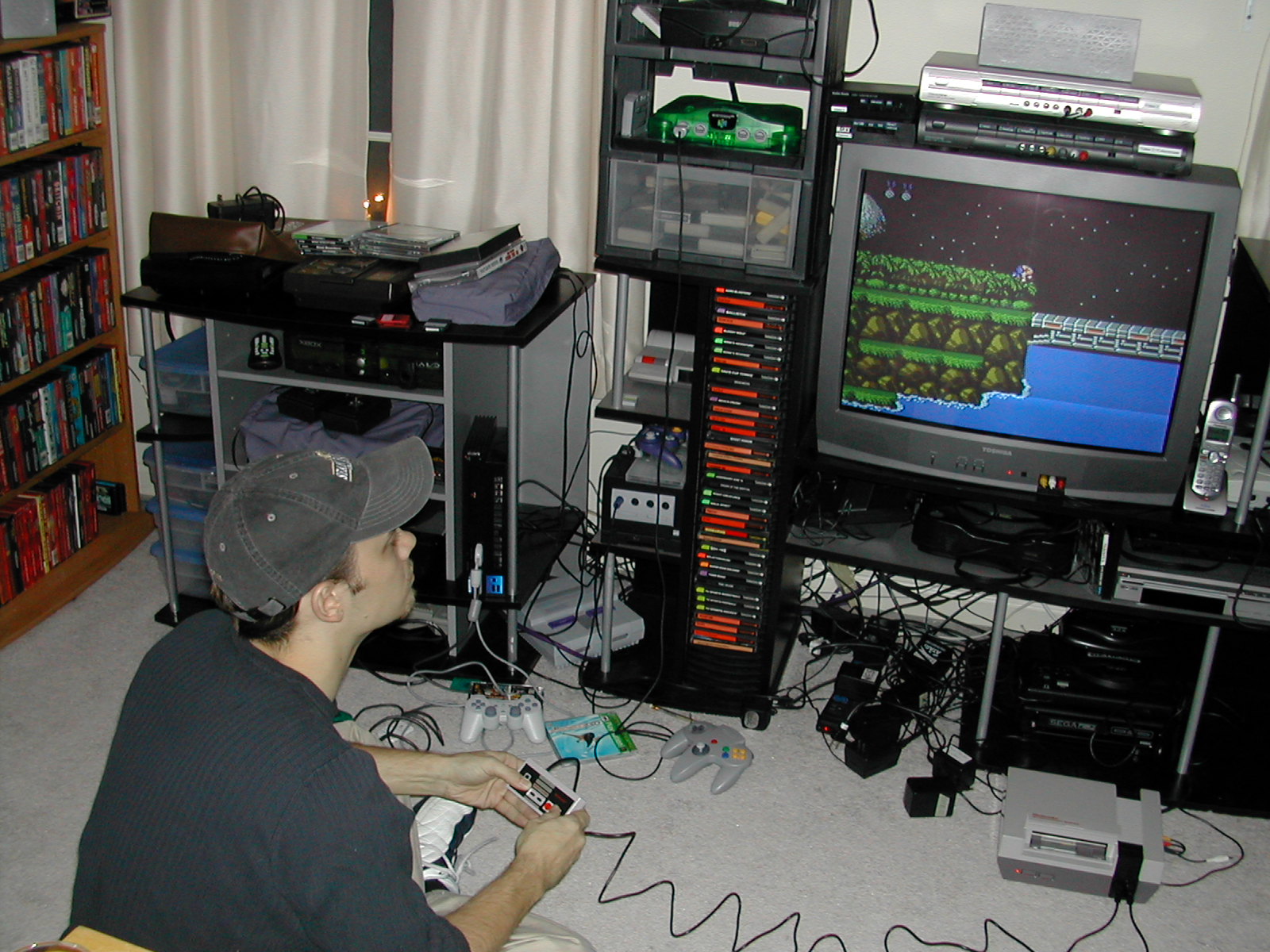 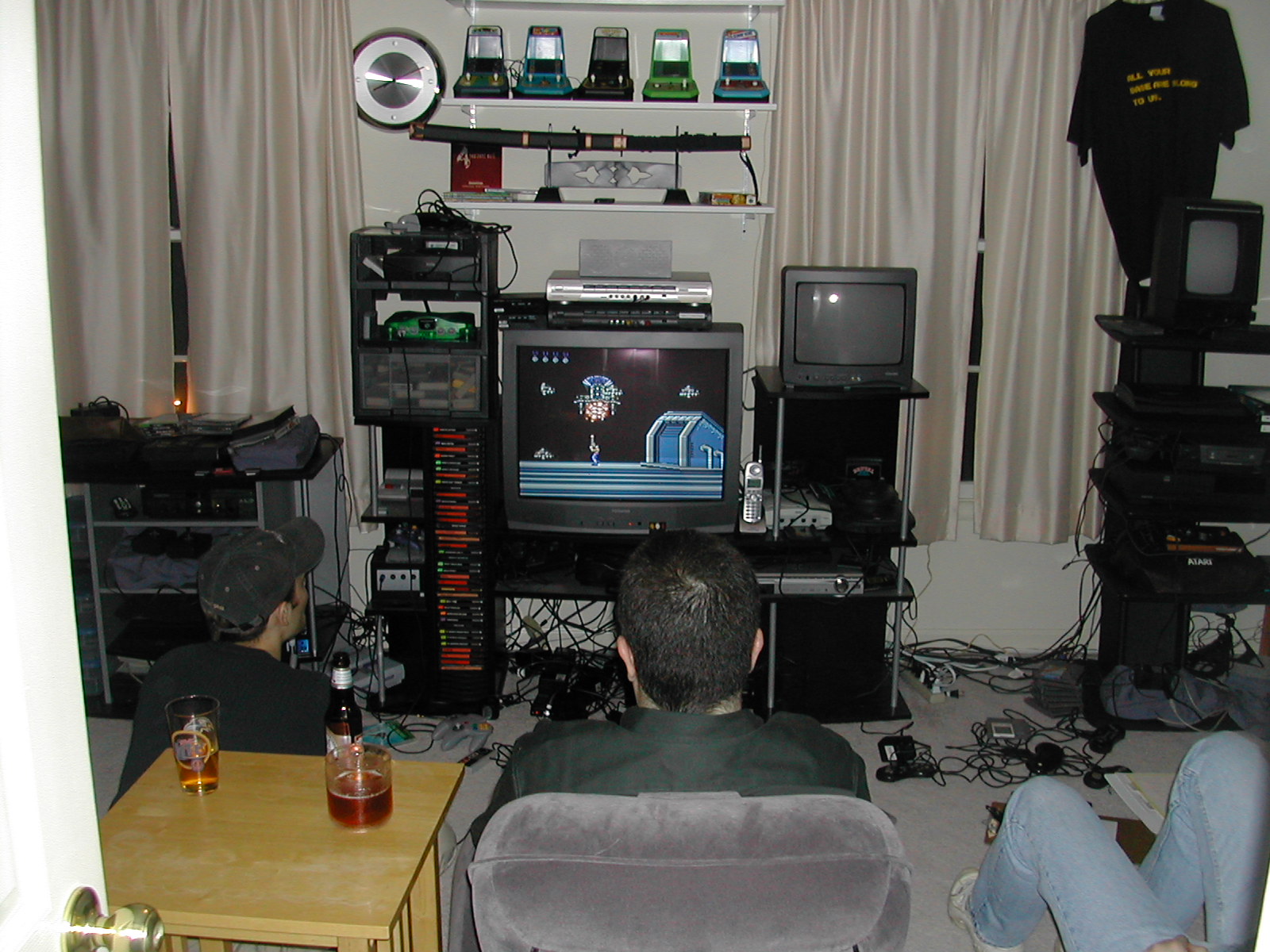 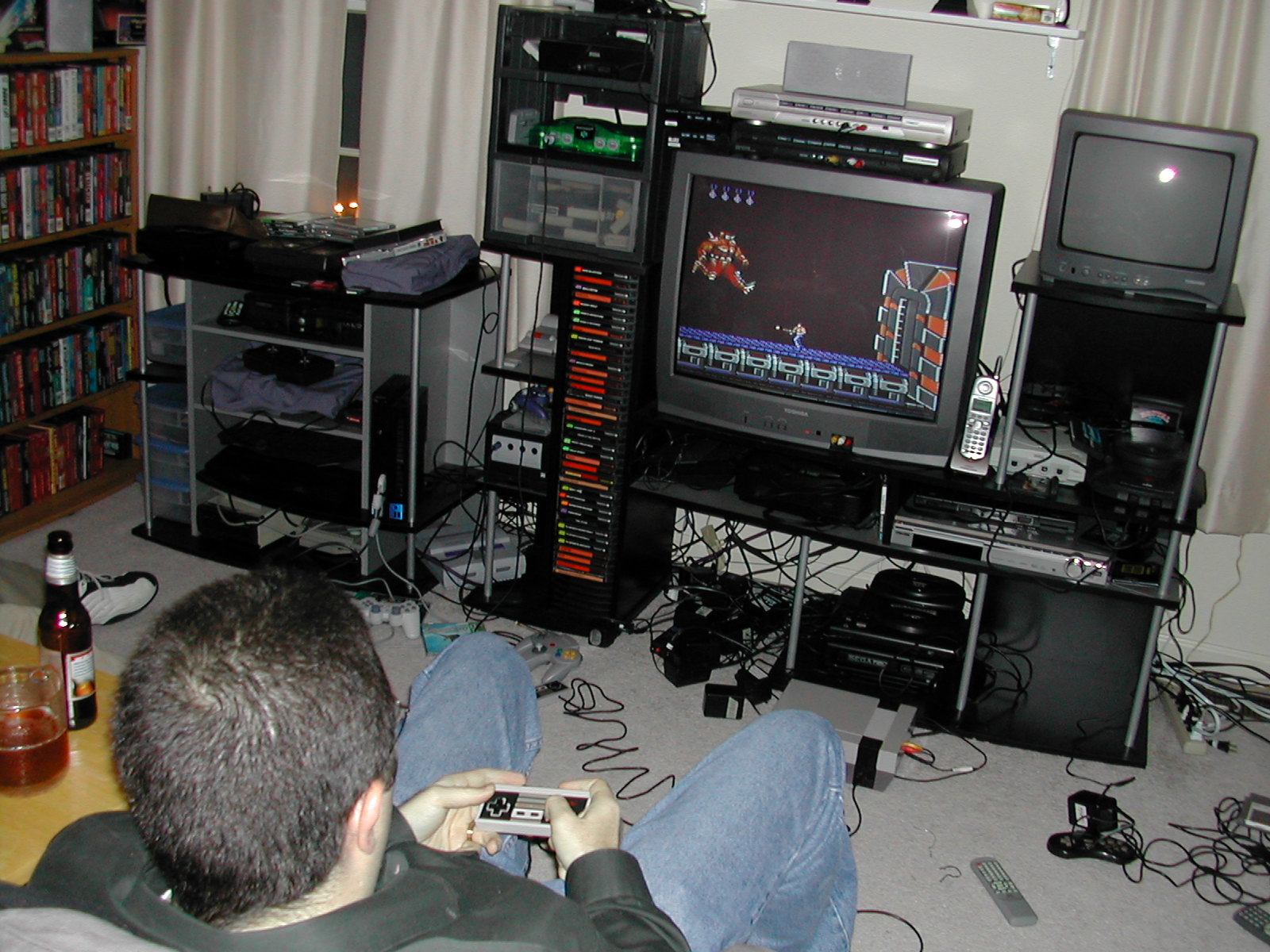 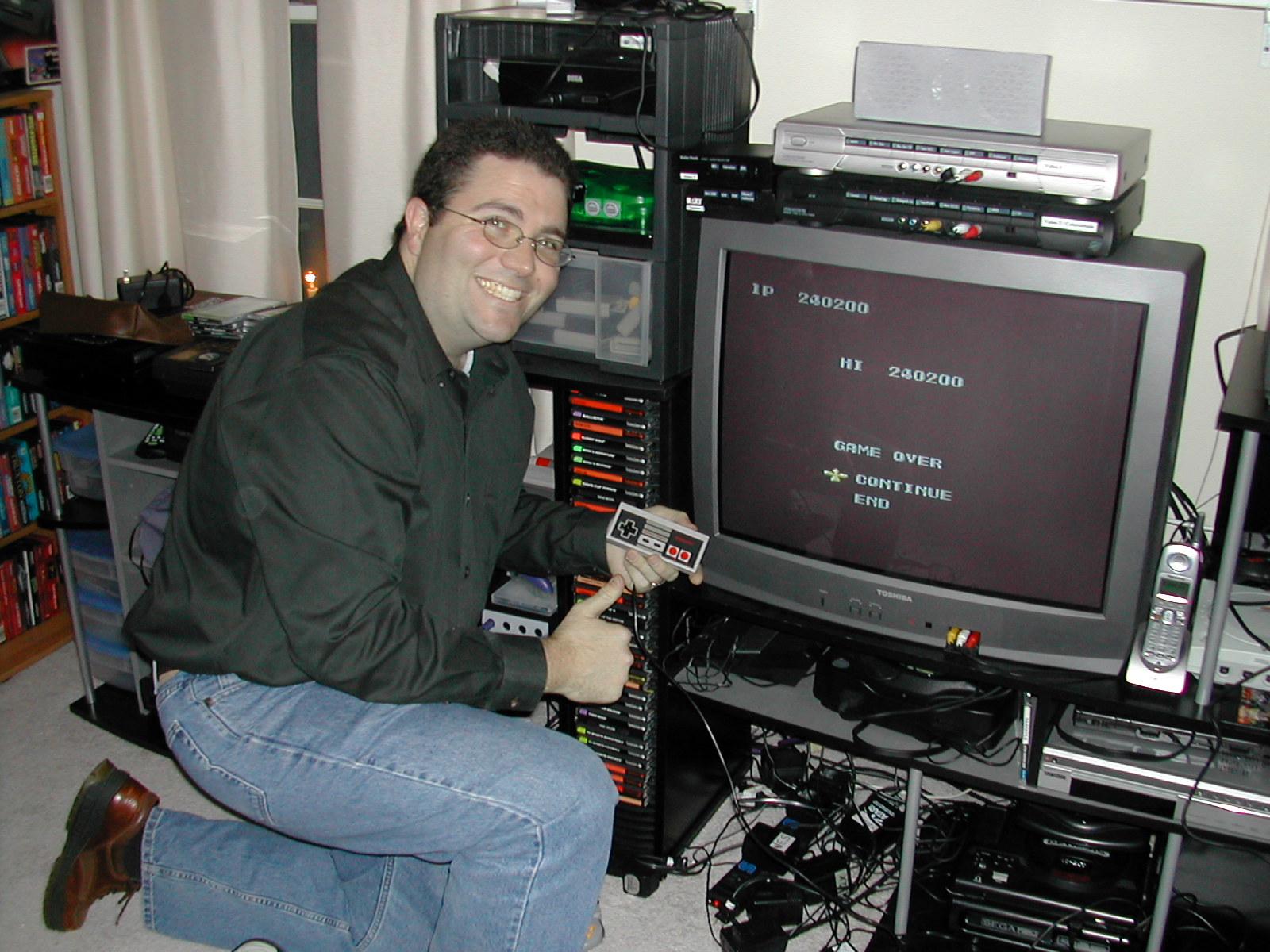 In the festive aftermath, Steve wallows in the glory of the highest score ever recorded in Contra in my house on this particular night between the hours of 6PM and 9PM Eastern Standard Time. 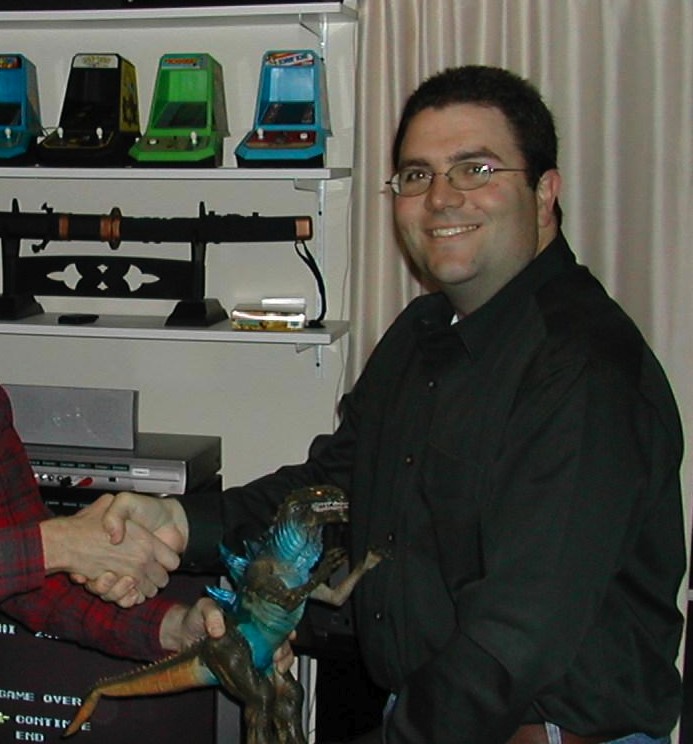 He tempted fate but survived, and for that Steve will be revered as a god for ages to come. For his efforts, he is presented with the highly-esteemed Rubber Godzilla Award. To call this the proudest moment of his life would be such an understatement that it's not even worth mentioning so forget I said anything. 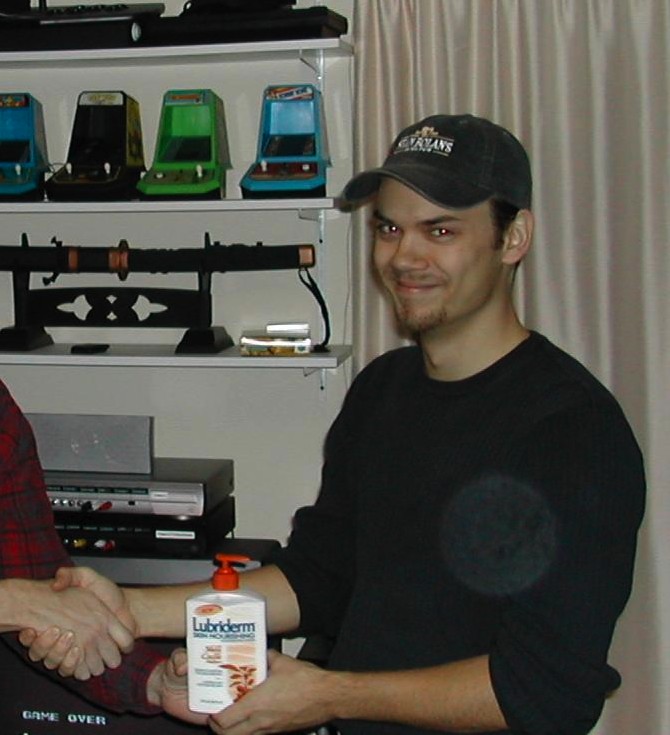 
DISCLAIMER: No energy orbs were harmed during the taking of this photo.