I enjoy my share of solitary gaming but there's something to be said for getting together with a few buddies for some old-fashioned "couch" gaming. My reviews aren't complete unless I test out all of the multiplayer modes, and the only thing better than multiplayer gaming is multiplayer gaming with beer. But you knew that.

I started having regular get-togethers during the late 1990's. At first the games were just a diversion until we headed out to some random bar to watch Monday Night Football. At this time I was just beginning to collect old games and systems. I began this web site as a creative outlet. As my collection grew the video games started to become the primary focus, especially when football was out of season.

You've probably seen names from my "supporting cast" mentioned in my reviews every now and then. Much like Liam Neeson, each guy possesses a particular set of skills and gaming expertise. They add a lot of color to the reviews with their astute observations and funny one-liners. They also offer the occasional dissenting opinion which is promptly discarded.

Covid wreaked havoc on game night but I still try to get the gang together on a semi-regular basis. This page provides a rundown of the crew so you can get to know them a little better. The list below is by no means comprehensive (sorry Kevin and others) but these are pretty much the hardest of the hardcore. So without further ado I present to you a rag-tag band of gamers that became Monday Night Legends (TM)! 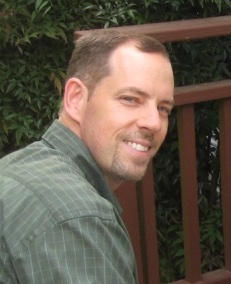 You might say this was the man who started it all. After becoming friends with Scott at work he informed me of a local bar having a big Monday Night Football promotion, serving up a free 15-foot sub during the game. When we showed up we were the only ones there! How foolish of everyone else - turning down free food! That night set everything in motion. Scott also helped inspire my interest in the paranormal, as we've embarked on numerous ghost tours, haunted houses, and graveyard walks. His greatest accomplishment was turning me on to corndogs and teaching me the 30-second rule at the same time. And yes, he lives a double life as the esteemed C64 Critic! 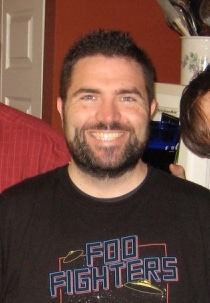 For many, many years (decades?) Steve was Mr. Reliable when it came to game night. It didn't matter how late he had to work; it was going to be on like Donkey Kong! Steve was also famous for starting the tradition of post-game "adventures" through the wilds of Maryland. A die-hard sports fan, Steve was always super-competitive when it came to Madden and NHL 94, yet also has a soft spot for Atari classics like Chopper Command and Atari 5200 Realsports Baseball. He earned his nickname during a botched attempt to enter his initials during a Call of Duty game. His proudest achievement is being the first to destroy the ring in my Lord of the Rings Pinball. Last but not least, Steve wants everyone to know that reports of his demise are greatly exaggerated.

Beverages of choice: Smithwicks, iced tea, water (in that order) 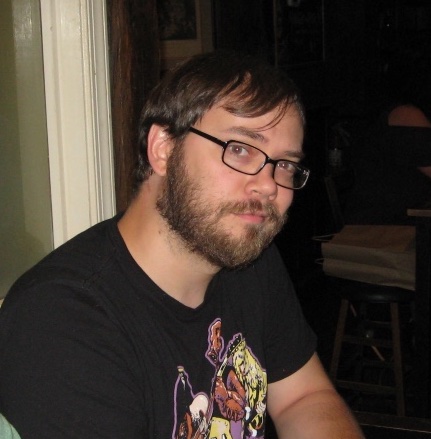 As the third member of the original crew, Jonathan wasn't even old enough to drink when he started gaming with us. Still, he taught me everything I know about the world of anime and helped set up the servers I use to run the site to this day. Come to think of it, I owe this guy big time! He also served as the original RPG Critic.

Beverage of choice: Dos Equis (pronounced Dozeki's when in Baltimore) 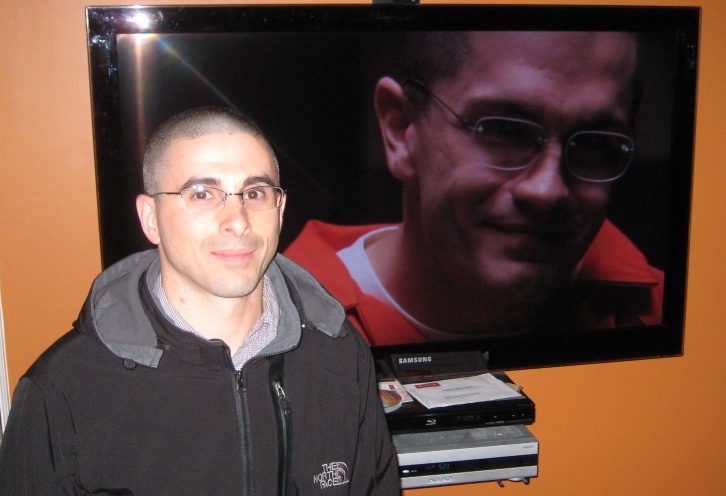 Chris and I share a passion for fighting games. The first time we got together for gaming we clashed in an epic match of Street Fighter II which I will reluctantly concede he won. Chris is also a big fan of side-scrolling beat-em-ups like the original Final Fight. And while he bears a striking resemblance to the Ice Truck Killer from the Dexter TV series, he has never killed anyone that I am aware of.

Hobby: hiking, murder (only on TV, pretty sure)

Beverage of choice: Pepsi (the kind with real sugar) 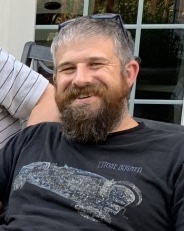 Brent is a very cerebral gamer, which makes sense since he's a freaking doctor. He is a supreme master at Tetris and really any sort of puzzle game. He's also a vintage race car collector. During one of our very first get-togethers I put in a Dreamcast game called Spirit of Speed 1937 and upon browsing through the cars he exclaimed "Hey - I own one of those!" Art imitates life! Brent's biggest accomplishment was turning me on to Hollow Knight. 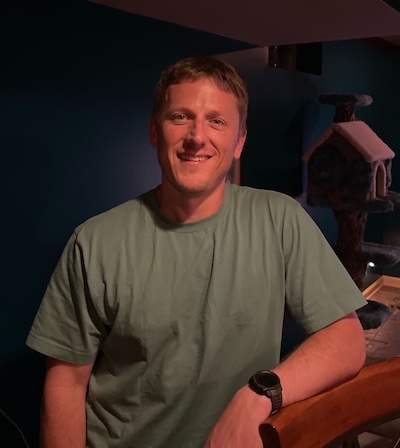 This guy is a real dual-threat. Not only is he a chess prodigy, he's a local tennis champion as well! Did I mention he plays hockey too? The kind you play with a hockey stick, not a joystick! Needless to say, I always have some head-to-head sports games on tap when Scott M is in the house. He is virtually unstoppable at NHL Hockey for the Genesis yet I keep trying.

Beverage of choice: "Whatever you're drinking, Dave" 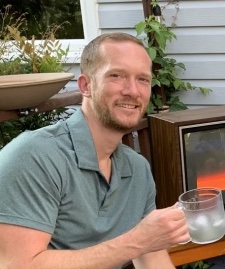 This guy claims to show up for game night solely for the comradery and beer, but he's actually a better-than-average gamer and an amazing pinball player. One night Brad showed up at the house with a huge box of Costco hot dogs and strawberry sundaes for everybody, boosting his otherwise sagging popularity into the stratosphere!

Beverage of choice: "the strongest thing you got, Dave" 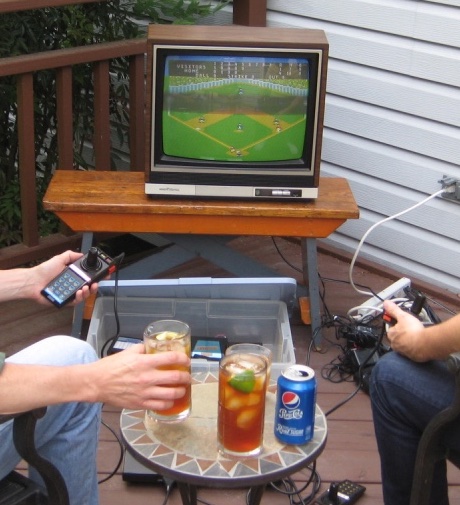 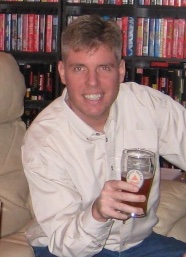