Step into the way-back machine with me as we take a trip to autumn, 1983. Ronald Reagan was chastising the Soviet Union, and there actually was a Soviet Union. A young Matthew Broderick was on the silver screen using an acoustic coupler to attempt to get America's missiles to do something other than collect dust. Taco was cementing their place in music history just above the Rolling Stones but just south of the Beatles with a little ditty called "Puttin' on the Ritz". A young loner with a bad pre-mustache sits in his freshman class homeroom, trying to stay awake and alert while secretly wishing he were back home on the couch - trying to stay awake and alert while playing Atari 2600 games. It was a tall order to be sure, because although our hero had built up a respectable collection of Atari games over the previous 3-odd years and derived hundreds of hours of entertainment from it, it was looking more and more as antiquated as his old Sears Pong console. Newer systems had been released, and he had spent many nights at a friend's house enjoying games like "Ultima" and "Wizardry" on a monochrome Apple II computer. They whetted his appetite for bigger and more involved games that no amount of Pitfall or Yars' Revenge could satisfy. 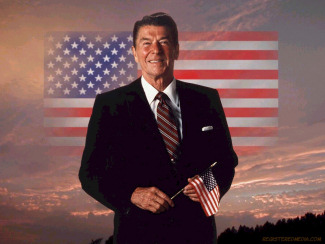 Striking up a conversation with the fellow stuck sitting next to him in homeroom (Greg X. of Video Game Mania 4 fame, the poor bastard!), talk quickly turned to video games and the revelation that said fellow was the proud owner of a newly released Commodore 64. Intrigued (as a previous owner of a Commodore VIC-20), young loner began peppering poor bastard with questions about his new wonder machine and its gaming capabilities. This quickly led to an invitation to poor bastard's house for an evening of game playing and a stale-Doritos-eating contest. Thus was the beginning of a 5-year stretch of utterly wasted time. Quickly convincing his parents of the scholastic value in purchasing a C64 for the family, young loner spent most weekends huddled with various friends enjoying all-night game-copying and playing sessions. Unlike cartridge-based consoles, almost all games for the C64 were released on floppy disk and hence fairly easy - if time consuming - to duplicate repeatedly for fellow cash-starved chums. Almost everyone I knew had a collection of games that was probably 95% copied and 5% original purchases. Now that I think about it, this may have had something to do with the ultimate demise of the Commodore Corporation, but what can you do. 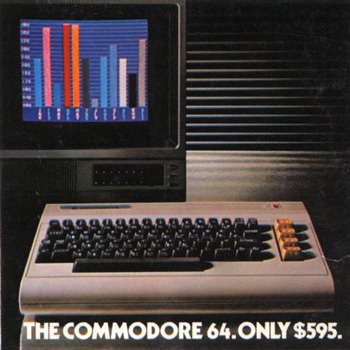 Time marched on and within about seven years young loner had moved on to being a PC-based gamer and the venerable old breadbox was relegated to the back of closet../... in the utility room../... at his parents' house. When the time came to finally make a decision about what to do with all the hardware and software prior to moving out of the country, young loner couldn't bear the thought of throwing it out or selling it to strangers, so he decided to give the lot to his older brother as a parting gift. Older brother graciously accepted said gift, gave a tearful goodbye, and headed for the nearest pawn shop (*sigh*). 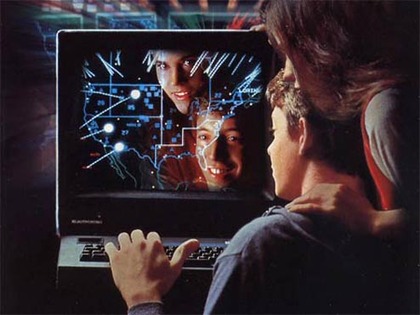 Fast forward seven more years and young loner is no longer so young, but his enjoyment of video games burns no less bright. Starting a new job in a new office, he was introduced to one of his fellow co-workers who greeted him with "Hi, nice to meet ya - I'm actually really glad you're here, I have this problem I've been talking about with the other software developers and I could really use your input../... could you draw a diagram for me of how you would go about eating a slice of layer cake?" This was my introduction to the Video Game Critic, a friendly hello followed by a 30-minute time waster nominally involving food. I knew immediately this was my kind of guy. It didn't take long before we started hanging out on Monday nights waiting for football to start and killing time by playing any one of his vast array of video game systems. I marveled at the sheer breadth and depth of his game collection and knowledge, but it didn't take me long to ask the obvious question: Where is your Commodore 64 stuff? While his response was certainly logical ("it's a computer, not a game system, and I have to draw the line somewhere"), it nevertheless has always left me feeling that there is a large yawning chasm in his repertoire that no amount of common sense or logic could ever dispel. Apparently I wasn't the only one, because as the years went by more and more of his website readers would ask the same question and implore him to reconsider his stance. Finally, mercifully, they prevailed. 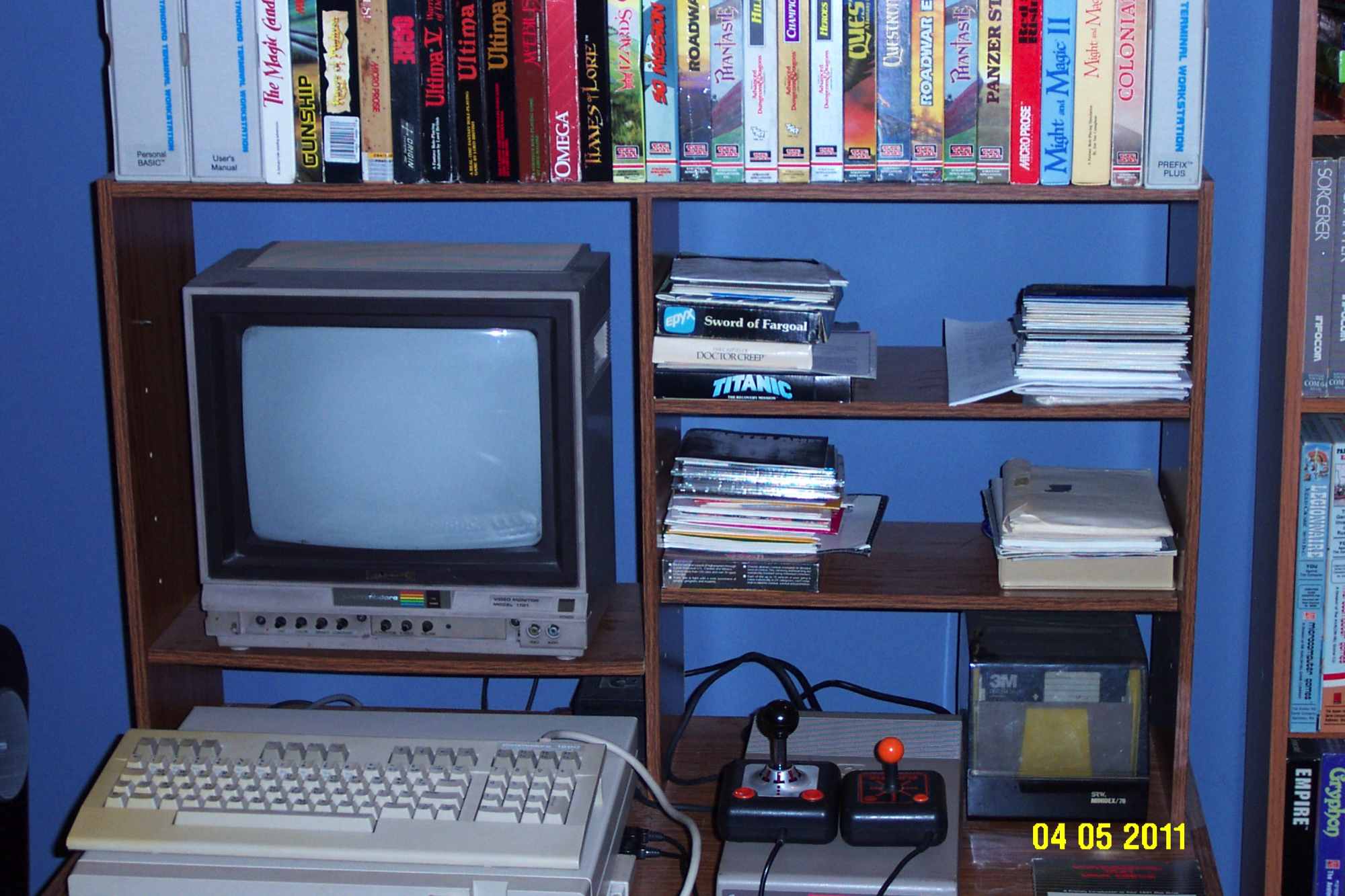 When the VGC first asked me if I would be willing to do some C64 reviews for his site, my immediate response was "Why should I?!?!" Then he hinted that the free-flowing beer tap that was his refrigerator might suddenly find itself dry and empty during my future visits, and Misses Critic suddenly without the wherewithal to cook up some of those delicious meals I had been privy to on previous gaming nights. I knew at that moment I had to cave. In any event, it finally gives me an excuse to give my own wife when she looks at the collection of 'stuff' accumulated in the basement, shoots me a quizzical (if not accusatory) look, and rolls her eyes while asking me why I insist on keeping all this junk laying about. "I have to review games for the Critic!" I can now rightly retort../... no more beer or lasagna if I don't!" And now, to finally back the cement truck up and fill the gaping hole that has been bothering me for so long, and make the VGC collection of reviews that much more complete. 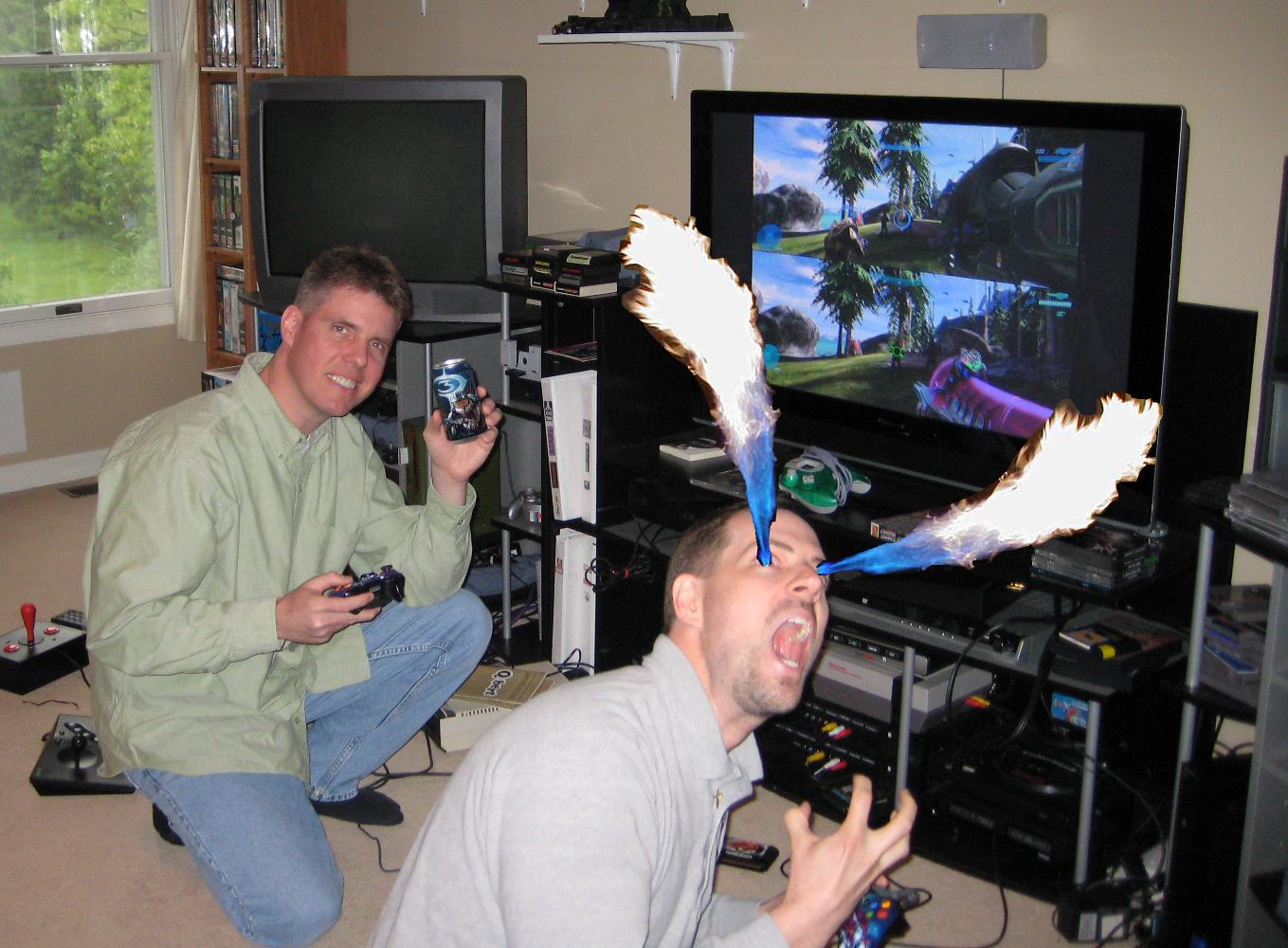 Actual undoctored photo of the C64 Critic with brain blowing up and flames expelling through his eye sockets.
...he got better...
Copyright 1999-2022 The Video Game Critic.  The reviews presented on this site are intellectual property and are copyrighted. Any reproduction without the expressed written consent of the author is strictly prohibited. Anyone reproducing the site's copyrighted material improperly can be prosecuted in a court of law. Please report any instances of infringement to the site administrator.