I heart the Angry Video Game Nerd. I own all of his DVDs and laugh my ass off every time I watch them. So when I heard "the Nerd" was making a full-length movie I was cautiously optimistic. After all, James Rolfe is an aspiring filmmaker who knows how to handle himself on both sides of the camera. I was expecting low-budget mayhem, wacky hijinx, hilarious predicaments, and non-stop classic game references. Well, at least I got the low budget part right!

First things first: Did somebody actually write this script or did the Nerd just scribble it on the back of a cocktail napkin after a few too many Rolling Rocks? The convoluted storyline somehow ties the production of ET cartridges (buried in a New Mexico landfill) to an Area 51 conspiracy. The Nerd makes a cross-country trip to the landfill in an attempt to prove the buried cartridges... do not exist? If you're confused, well, you should be. You'd think this illogical premise would have thrown a few red flags early in the film making process. And the scope of this movie is ridiculous. Is it really necessary for the Nerd to save the entire universe? I would have settled for a not-so-epic quest to locate some obscure holy-grail cartridge. 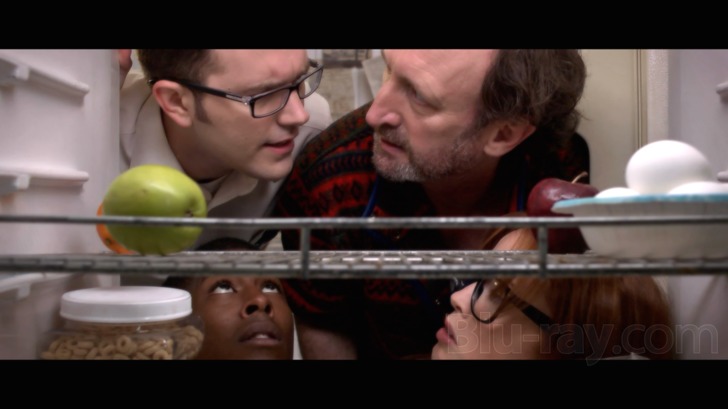 The stiff "acting" is never convincing and occasionally embarrassing. There's too much James Rolfe and not enough Angry Video Game Nerd. He's far too friendly and agreeable. For most of the film it seems like he's just along for the ride, caught up in a whirlwind of amateur special effects and incomprehensible plot twists. The Nerd's sidekick Cooper manages to muster some enthusiasm and the obligatory chick is appropriately hot, but there's no chemistry between the actors. The rest of the cast is just plain irritating, especially the crazy military commander who's constantly cursing people out.

And then there's the dialogue, which is literally vomit-inducing. I probably shouldn't complain since the projectile-vomit scene is easily one of the highlights of the film. During his brief cameo appearance, ET programmer Howard Scott Warshaw advises the nerd: "Wouldn't the world be a better place if people told the truth? The truth nerd, that is what you must find." Really? He made a special appearance to say that? And where is the humor? I didn't laugh once! If you think Cooper's line "It's better to be pissed off than pissed on" is funny, this film will have you rolling on the floor.

Considering its shoestring budget, some of the special effects turned out surprisingly well. The Godzilla-inspired climax is especially impressive after you watch the making-of documentary. The lowlight is the unnecessary alien character who looks like a rubber toy the Nerd is toting around on his back. The alien's goofy voice will get on your nerves and his non-lip-syncing is hard to stomach. 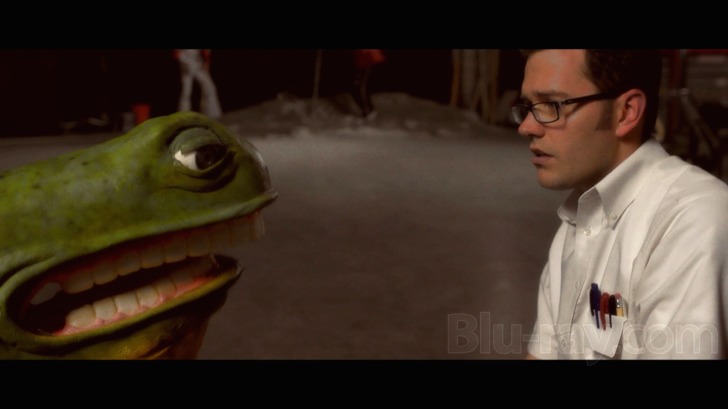 The movie producers must have encountered licensing issues because all the featured videos games are slightly altered in name and appearance. The Atari 2600 game Combat is named Armed Combat, and the game at the center of the story is referred to as Eee Tee. Even the graphics in all the games have been modified slightly. This was probably done to avoid lawsuits, but it's seriously off-putting to classic gaming fans with an eye for detail.

This movie is entirely too long. I forced myself to watch it twice for the sake of this review, but sitting through it a second time was difficult. The running time is listed as 115 minutes but it feels like three hours. Was an editor not available? Peter Jackson makes shorter films than this.

The musical score is one of the few highlights. The booming orchestrated version of the Angry Video Game Nerd theme sounds positively momentus. In fact, the music is so well done it almost makes you feel like you're watching a real movie.

I'll give the Angry Video Game Nerd props for following through on this ambitious project, but his persona is best suited to the small screen. This movie is a curiosity. On paper the film covers a heck of a lot of ground but on the screen it manages to be so boring. Incidentally, my favorite part is the credits, during which the Nerd finally reviews Atari's infamous ET game. When you favorite scene of a movie is the credits, that's hardly a ringing endorsement. Fans of the Angry Video Game Nerd will want to own this Blu-Ray, but more to complete their Nerd collection and less for the sake of actual viewing. 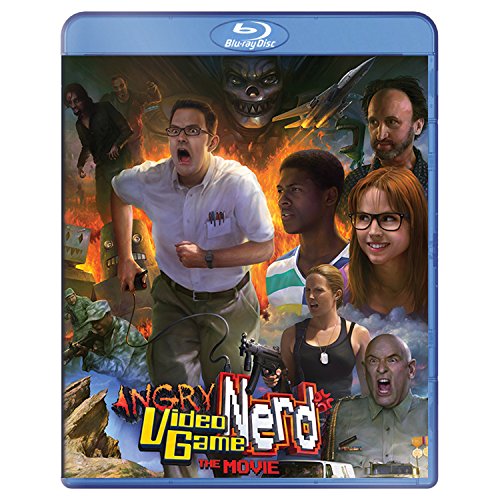