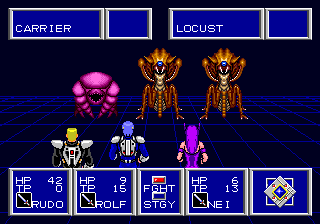 Here's the latest Sega Genesis reincarnation in the tradition of the Flashback series of retro consoles. If you haven't picked up one of these systems and want to relive the 16-bit glory days it's really not a bad way to go. It won't put you in the poor house and offers a nice selection of games that are 95% what you remember. 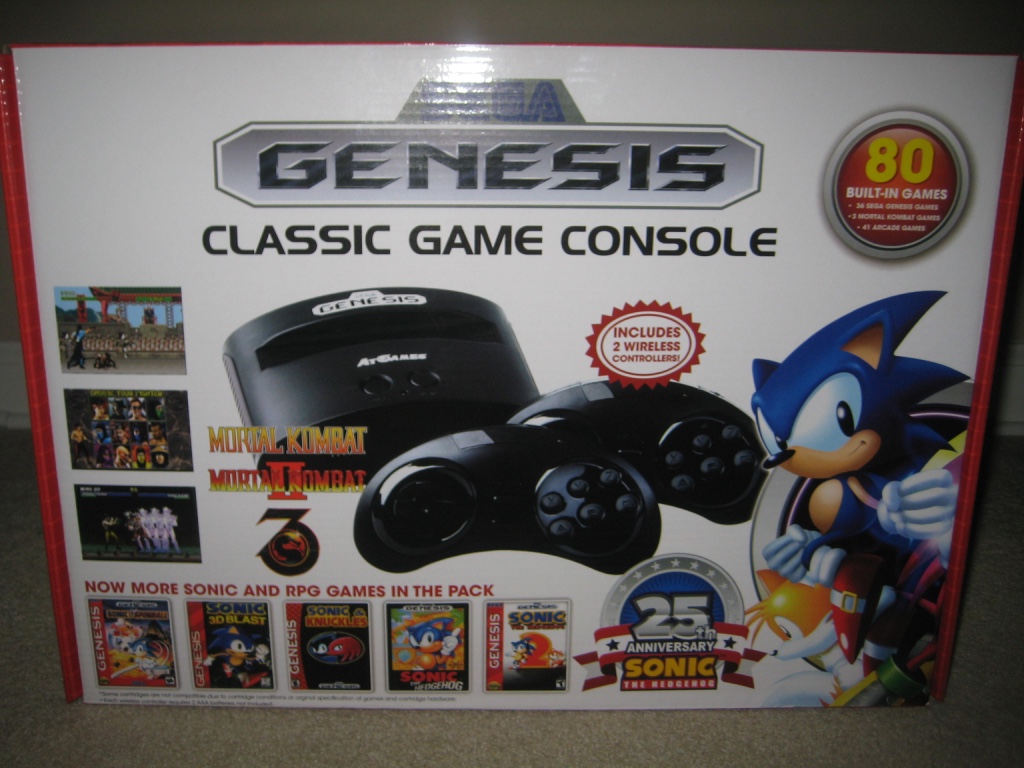 I'm surprised and disappointed this system hooks up via a composite cable (yellow/white RCA connectors). It's not 1991 any more AT Games! Most new retro systems are now shipping with HDMI connections which work much better with modern HD televisions. Hooking a composite cable to an HDTV introduces some degree of graphic degradation and control lag, although your mileage may vary depending on your TV and tolerance level. If you still have an old-fashioned CRT TV lying around, I'd recommend using that instead.

The Genesis Classic Game Console comes with a pair of wireless controllers similar in design to the classic Genesis six-button controller. These are very sturdy and comfortable. I especially like that handy "menu" button in the center which returns you to the game selection screen at any time. You'll be required to insert two AAA batteries in each controller (not included) and you'll need a tiny philips head screwdriver to remove the battery covers. The console itself includes two ports and a cartridge slot in case you want to use your legacy controllers and cartridges. It's a nice touch that will appeal to retro enthusiasts.

The game selection is peculiar. There are 80 games but half are throw-away shovelware filler never released for the Genesis. The front of the box commemorates the "25th Anniversary of Sonic the Hedgehog" and boasts "more Sonic games than ever". Really? It's the same five Sonic games as the 2012 version: Sonic, Sonic 2, Sonic Blast, Sonic Spinball, and Sonic and Knuckles. For this special anniversary they should have found a way to include Sonic 3. The box cover advertises three Mortal Kombat games which is a pretty sweet addition. Also new are three classic role-playing games: Phantasy Star II, Phantasy Star III, and Sword of Vermillion. What's notable about these games is they save your game in progress - a must for any time-consuming RPG.

In terms of game selection there's a nice selection of platformers, puzzles, brawlers, shooters, and RPGs. It's a shame sport fans are left out in the cold because the Genesis was famous for its excellent sport titles. Still, there are some gems including Comix Zone, Shinobi III, Vectorman, and the unreleased-in-America Golden Axe 3. Eternal Champions is a slick one-on-one fighter and Columns is an addictive puzzler. Arrow Flash is for shooter fans and Gain Ground will appeal to strategy gamers. It's just a shame there are the same number of Genesis games (40) as the previous edition. 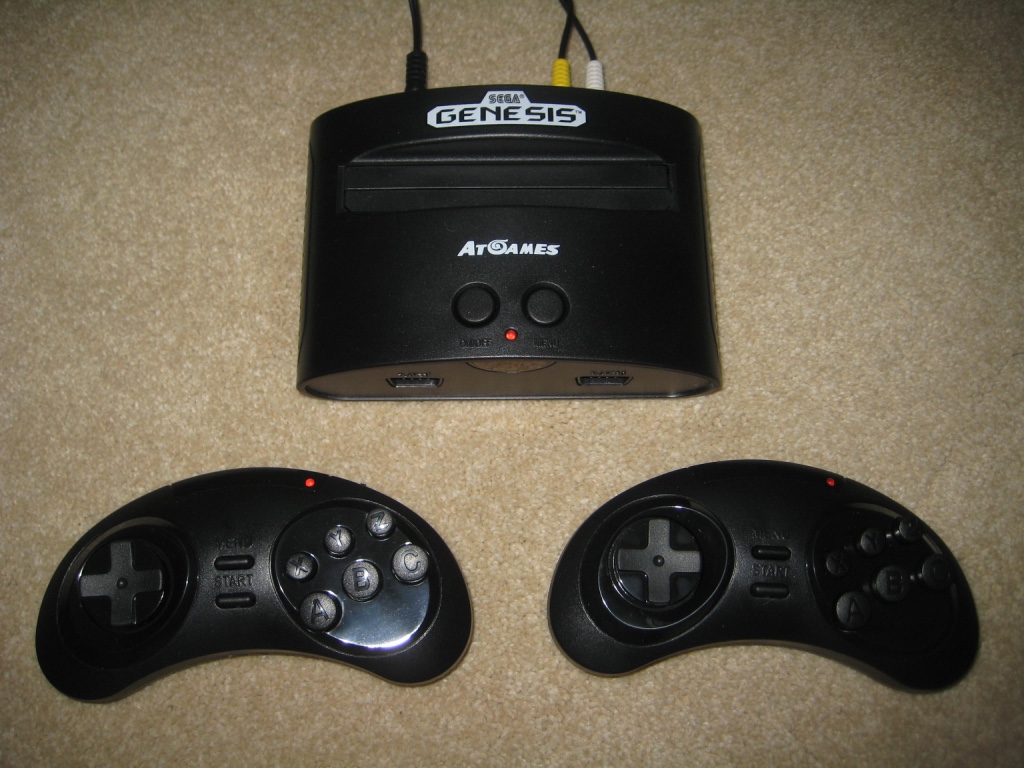 The controls are responsive (on a CRT TV at least) as long as you keep your wireless controller aimed at the console at all times. The video signal is actually sharper than the original Genesis, although I did however notice a few extraneous artifacts here and there. The audio emulation is a little off. The sound effects can be a bit harsh and the music is slightly off-key. While you might not notice in most games, it's pretty glaring in those with elaborate musical scores like Sonic the Hedgehog.

The Sega Genesis Classic is a good deal in general, offering a substantial number of quality games for a fraction of the price of tracking down the real things. The system and controllers are well constructed but the lack of HMDI support is disappointing. Harecore fans should stick to the real McCoy but this will more than suffice for casual players and curious retro gamers.