The first time I played a Genesis game on a portable system I was holding a Sega Nomad. That system was released by Sega in 1995, and it wasn't exactly a runaway hit. The games played perfectly but the screen contrast was low, especially if you viewed it from an angle. The Nomad required a big 'ole power adapter or a metric ton of batteries. While technically impressive for its time, the Nomad wasn't very practical. 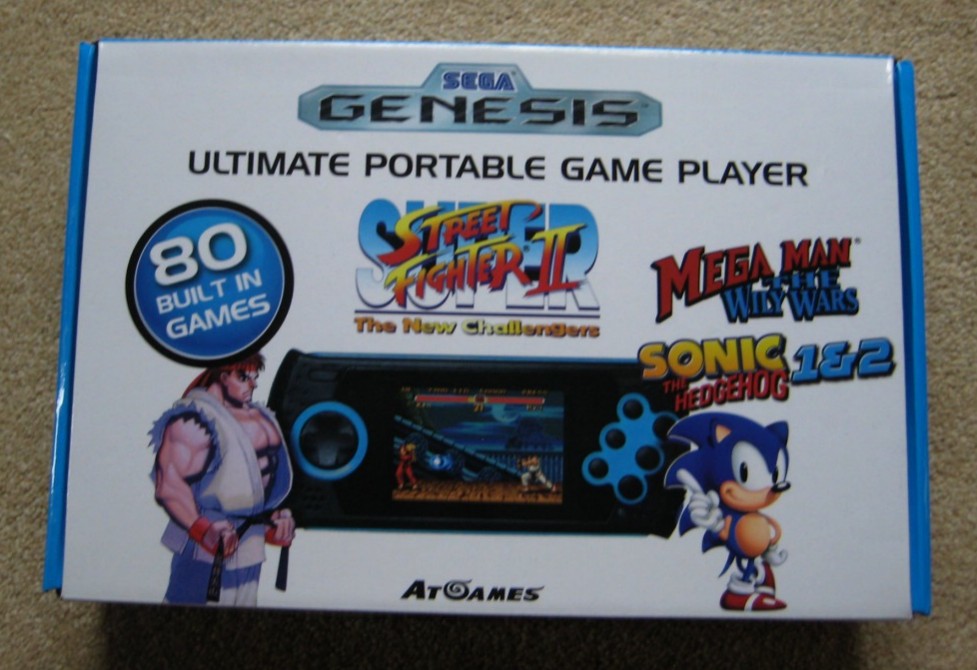 Enter the Sega Genesis Ultimate Portable Game Player (rolls right off the tongue, doesn't it?) This is portable Genesis gaming for the 2000's! It boasts a bright screen, comfortable controls, plenty of built-in games, and a few surprises.

Its molded black and blue plastic doesn't exactly scream high-tech, but the system is small, lightweight, and comfortable. Having expected it to take regular batteries, I was pleasantly surprised to learn it contains a rechargeable battery. You charge the battery by connecting the system to a computer via the included USB cable. That's really convenient!

The controls include a directional pad and six buttons. All of them feel exceptionally "soft" to the touch and comfortable during extended play. The buttons are arranged in the standard Street Fighter II formation, but are slanted more vertically than horizontally. The front of the system also has a start button, a menu button, and a low battery light. Along the bottom edge you'll find a headphone jack and a power switch. On top there's a volume control, a USB plug, an A/V out, and an SD card slot. The A/V out lets you plug the system directly into a television (wire not included), and the SD slot lets you load your own games onto the system. I'm not sure how that would work exactly, but those who like to tinker will find it intriguing.

The pre-loaded games include 40 awesome Genesis titles and 40 less-than-stellar filler games (the less said about those, the better). The Genesis selection is nearly the same as the Classic Genesis Console, offering terrific arcade hits like Streets of Rage, Sonic the Hedgehog, Golden Axe, Vectorman, and Comix Zone. The difference is that this console give you two versions of Street Fighter II (headlining the package) and Mega Man: The Wily Wars. 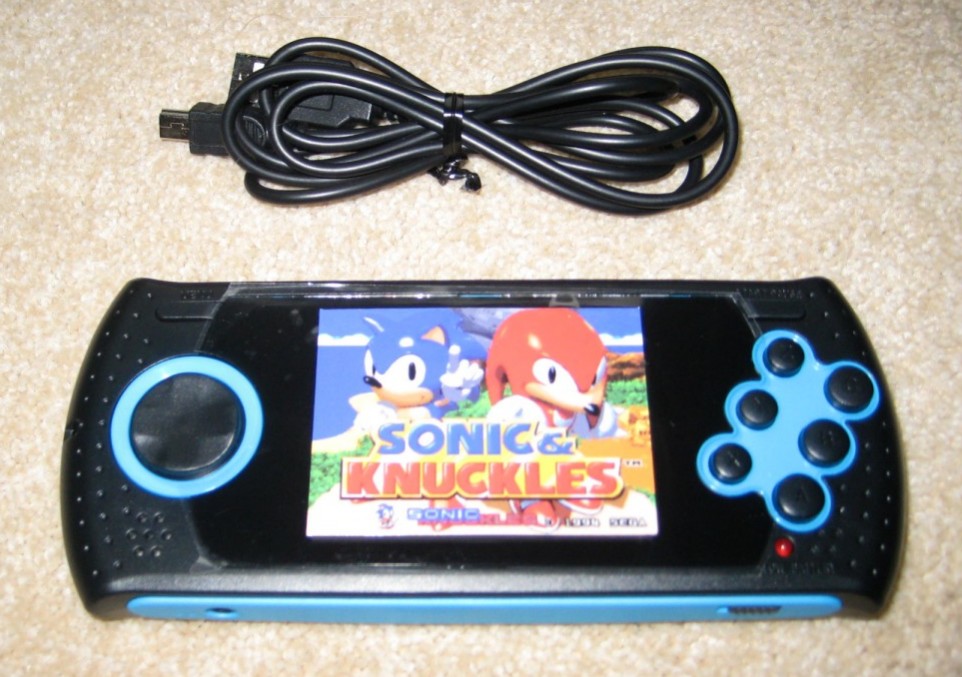 The games play extremely well considering they are not running on their original hardware. The emulated controls are quite responsive and the graphics are vibrant and clear. The screen features excellent contrast and is viewable from any angle. I guess the biggest downside is the two-inch size. If your eyesight is bad you may have a hard time making out some of the smaller objects (or scores). Still, the sharpness of the display somewhat compensates for this. When playing Golden Axe or Altered Beast, it looks as if you're playing the arcade versions.

Emulated games traditionally vary in terms of sound quality, and that's definitely the case here. The Sonic the Hedgehog 2 audio is surprisingly good considering its complex melodic score, but the splash effects in Ecco the Dolphin sound abrasive. The voice samples never sounded particularly clear on the original Genesis, and they sound extra scratchy in these games. Your mileage will vary from game to game. Overall this system is a pleasant surprise that at least one of my friends called "fantastic!" It's a well-designed portable with substantial play value and a number of bells and whistles. The controls are rock solid and the USB charging feature makes a lot of sense. The screen is a little small but the quality is superb. This is arguably better than the console version (Sega Genesis Classic Game Console). 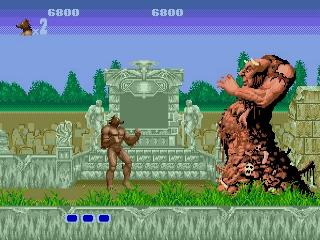