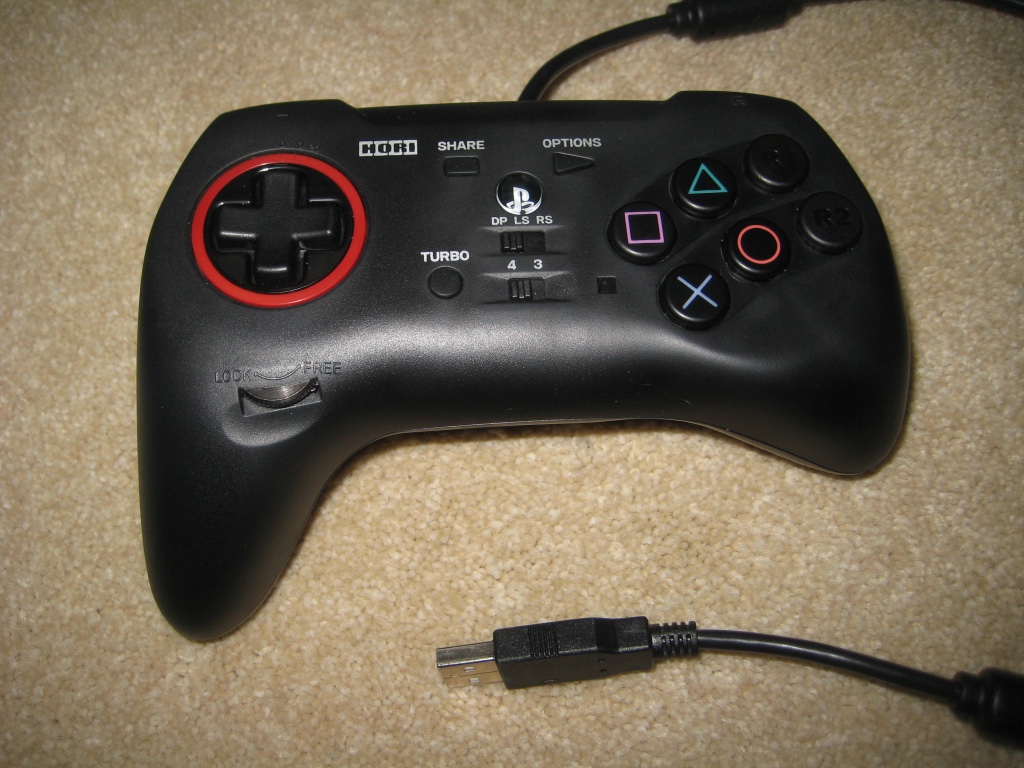 Recently I was trying to review Street Fighter V and it became painfully clear that the standard Playstation 4 controller wasn't going to cut it. One-on-one fighters require crisp digital control and rapidfire tapping. My first instinct was to shop for a dedicated PS4 arcade stick, but the highest-rated models cost upwards of $200. Yikes! At $30 the HORI Fighting Commander 4 seemed like a far more reasonable option.

The first thing you'll notice about this controller is its asymmetric shape. The right "handle" is very short. Perhaps it was designed like this to make it easier for players who prefer to tap the buttons with their fingers? The six face buttons (including R1 and R2) are arranged in an ideal fighting game configuration. They are large, flat, and feel good. The controller lacks thumbsticks but its one-piece digital pad is ideal for "rolling" maneuvers. The four shoulder buttons have a nice responsive "clicky" feel. The lack of analog controls is acceptable because this controller is designed exclusively for fighting games.

The second thing you'll notice about the Commander 4 is its long wire which ends in a USB connector. It's always a pain to deal with an extra wire, but at least it's 10 feet long so you can sit a comfortable distance from your console.

The Fighting Commander 4 also includes several additional controls to customize your experience. There's a 3/4 switch to toggle between PS3/PS4 modes. Another switch lets you to assign the digital pad to the left stick, right stick, or digital pad function. Switches on the back allow the shoulder pad buttons to accommodate L3 and R3 functions. Below the digital pad is a tuner which apparently lets you adjust the sensitivity of the pad (I didn't want to mess with it). On the back of the controller is a screw you can turn to rotate the angle of the digital pad. Hori thought of everything. 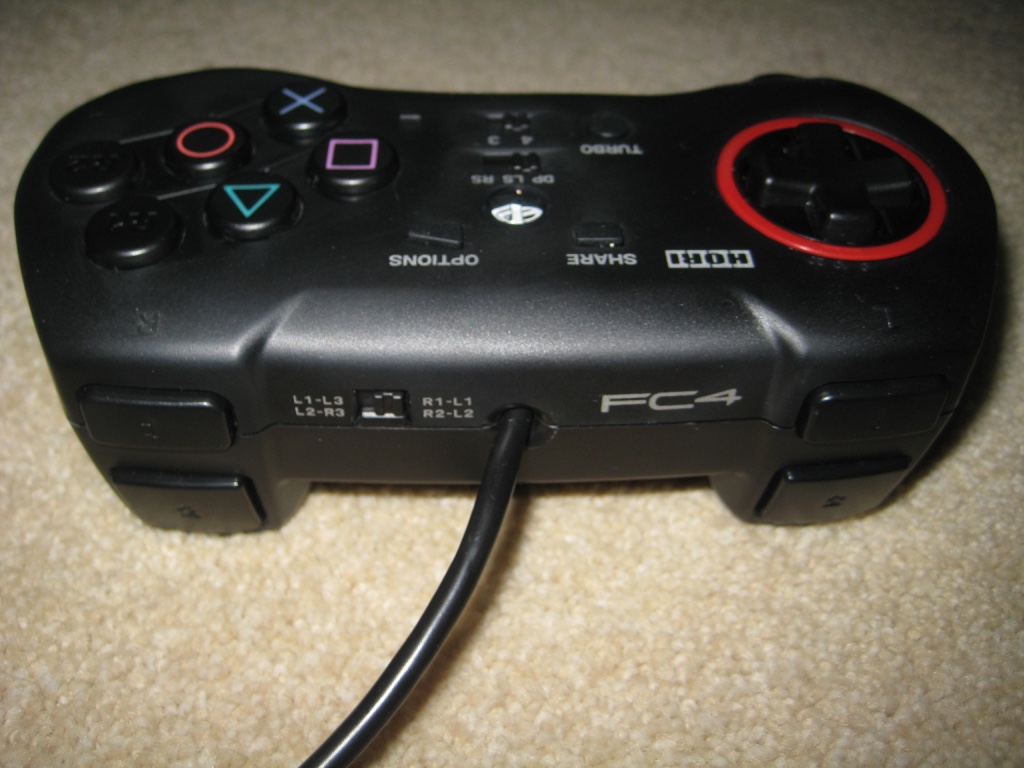 So is it any good? Actually it is! It certainly enhanced my enjoyment of games like Street Fighter V, Mortal Kombat X, Guilty Gear, and King of Fighters XIV. The controller feels comfortable enough and the buttons are responsive. Is it better than a full-fledged joystick? I don't think so. A solid table-top joystick is going to facilitate more precise movement and better button feedback. A larger controller also lets you stretch your fingers which reduces cramping over extended matches. That said, gamers who prefer a digital pad will find the Fighting Commander to be a perfect fit. For me, it feels like a 50% solution. It works fine but it's not the optimal solution.

While I could certainly recommended this controller for $30 I noticed it's currently listed as $65. Wow. At that price you may want to consider the X-Arcade PS4 adapter or a dedicated PS4 arcade controller. I guess it all depends on how much time you plan to invest in fighting games.