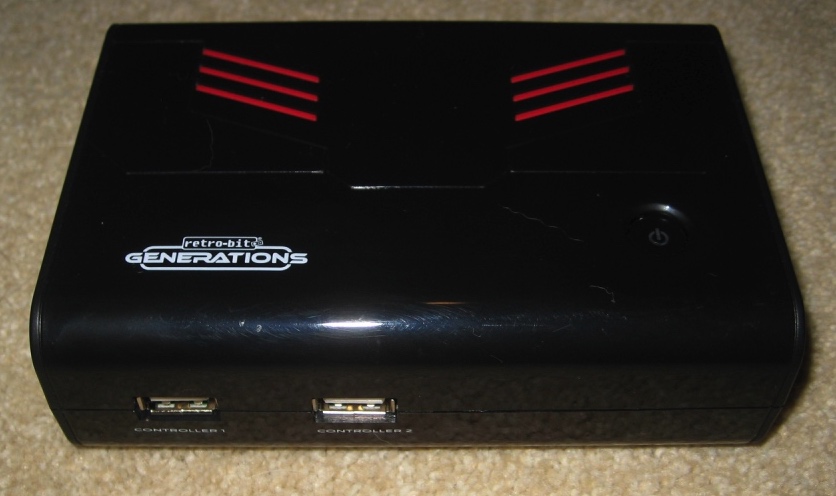 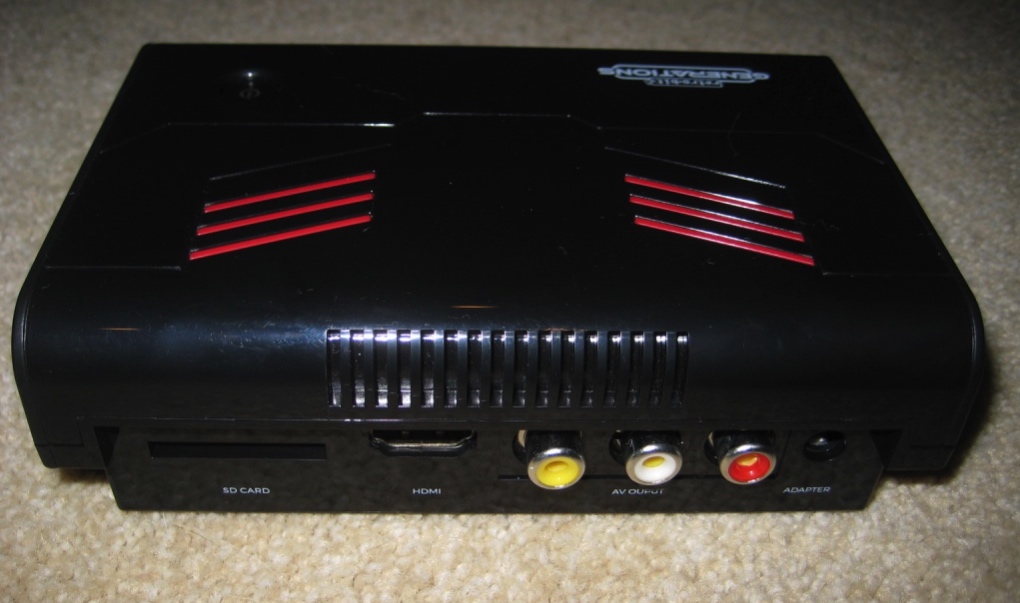 12/22/2016
NOTE: This system has been superceded by the Super Retrocade

Despite what you might have heard, Retro-bit Generations is not the worst thing ever. I can think of at least two or three things that are far worse (Lima beans - there's one right there) Seriously though, this tiny system costs less than full-priced game and comes jam-packed with 100 built-in retro titles. Granted, the quality could be better. The decidedly un-glossy box looks cheap. The console is a tiny, light black box measuring about 5" x 3" x 2". Since most people now own an HDTV, the system's HDMI output is a huge selling point. So what kind of cable is included with the system? You guessed it - a composite (RCA) cable! A red button on top of the console powers it on, but everything else is controlled via a controller. The two included controllers are repurposed six-button Genesis controllers with lengthy wires and enticing, candy-like red buttons.

The library built into Retro-bit Generations is just one big hodgepodge of games. They are ordered alphabetically with no indication of what console they originated from. Fortunately a reader found this page which neatly breaks things down:


The sparse instructions that come with the system simply explain the menu interface - like we couldn't figure that out. There are no instructions for the games themselves (*sad face*). Most games were published by Jaleco, although Capcom is well represented. There are several Irem games but only one Data East title.

I found the graphic quality to be a bit suspect. While the menu screens look clean enough, none of the games have that razor-sharp high definition look I was hoping for. All exhibit some degree of fuzziness and I found it helpful to change the display setting from full-screen to original (4:3) format. I tried hooking up the system up to an old-style CRT television which made the menus look worse but the games look better. The responsiveness of the controls felt about the same with both hookups. In general the controls feel a little stiff with a slight lag.

The five included arcade titles were published by Capcom, and while certainly fun to play nobody's going to mistake them for arcade-perfect. The colorful graphics look decent but the controls could be tighter. I don't know if it's the controller or emulation but Captain Commando in particular felt laggy. Likewise Ghouls and Ghosts and Knights of the Round seem to labor at times (you can tell when the music slows). Fast-action shooters like Forgotten Worlds and Varth fare a lot better. High score rankings are not saved by default, but if save your state and reload when you return, that will do the trick. There are three slots per title and you can save at any point (including between games). 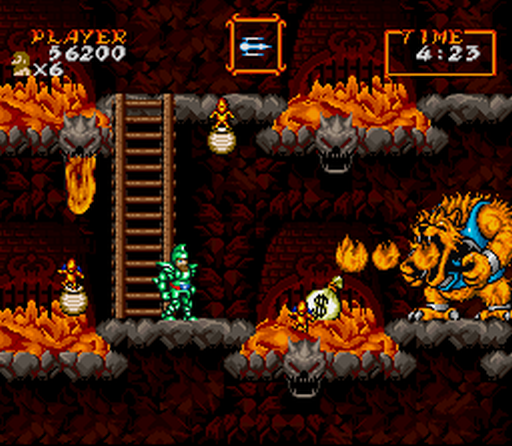 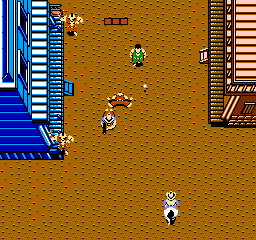 The bulk of the games (48) are NES titles, but there's only a few heavy hitters among them. Gunsmoke, Bases Loaded (1 & 2), Commando, Bionic Commando, Image Fight, Black Bass, and Blue Marlin are all relatively well-known. I'd rate emulation as satisfactory. The graphics are clear but there are distracting artifacts on the top and/or bottom of the screen (not visible on a CRT television). There are occasional glitches, so don't be surprised if your character suddenly disappears for a second or two. Lag is an issue but mainly with "twitch" games like 1942 and Pinball Quest. I have to credit Retro-bit Generations for turning me on to severeal nifty NES games I had never played before like like Astyanax, Ring King, and Totally Rad. I also discovered great Japanese titles (Higamaru, Formation Z), ultra-rare games (Hammerin Harry), and unreleased prototypes (Escape from Atlantis). Holy Diver was clearly based on heavy metal icon Ronnie James Dio. Rounding things out are a few throwaway titles (Lawnmower, Alfred Chicken) and oddities like Zooming Secretaries. Like the arcade games, most NES games save the high scores so if you remember to save and load they will persist. 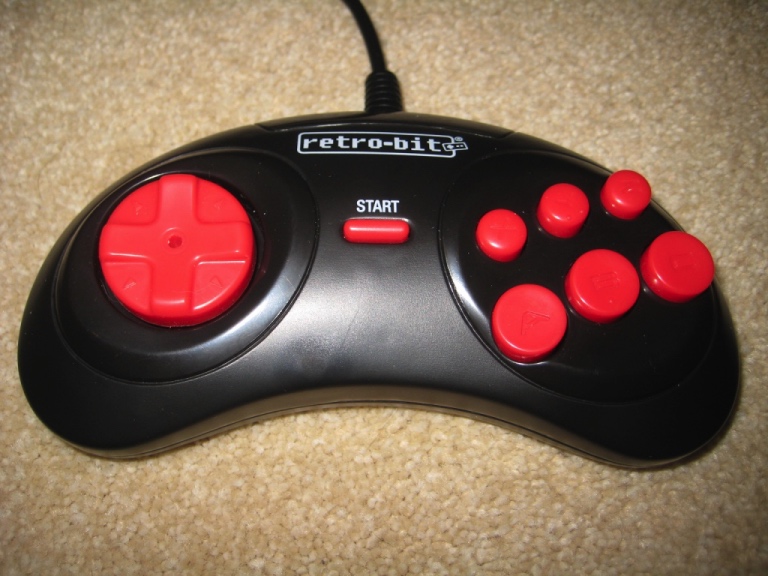 You might expect the 29 SNES entries to be the star of this system, but about half are marginal homebrews with names like Creepy Bird and Corn Buster. Mr. Bloopy might actually be a decent game if I had any clue how to play it! When some the more recognizable titles are Rocky Rodent and Super Alfred Chicken, you know you're in trouble. Rival Turf, Brawl Bros., and Rushing Beat Shura were Jaleco's answer to Capcom's Final Fight, but they suffer from erratic speed and audio that fades in and out. Super Ghouls and Ghosts is a standout title and I found overhead shooter Operation Logic Bomb to be a hidden gem. One favorite among my friends is Big Run, an Outrun-style Japanese racer featuring a lot of cool scaling effects that make you feel like you're zooming up and down hills. But the true SNES hightlights are the side scrolling shooters Super Earth Defense Force, R-Type 3, and Super R-Type. They play well and an actual R-Type 3 cartridge would set you back more than this entire system!

There are only eight Genesis games and that's probably for the best. The so-so emulation lacks the fluid animation you expect from the real hardware. The one standout title is the overhead shooter Mercs. Most others like Onslaught, Sword of Sodan, and Gadget Twins are instantly forgettable.

With so many advanced systems represented here you might be tempted to dismiss the 11 Game Boy (black and white) entries. I don't think I like your attitude! Okay, you can safely ignore Alfred Chicken (how many Alfred Chicken games can they cram into this console anyway?!). Avenging Spirit is an innovative platformer that lets you possess the bodies of animals and enemies. Banishing Racer is a likeable side-scroller with personified little cars. Fortified Zone and Ikari No Yousai 2 are solid overhead Rambo-style shooers. Bases Loaded would be good if I could actually hit the ball (lag). Maru's Mission is a cute ninja romp and Soldam is a Tetris-style puzzler. As for the three Game Boy Advance entries, Arguna has a nice Zelda-esque vibe and Broken Circle is probably the closest you'll get to an RPG on this system. World Reborn might be a decent side-scrolling shooter if your firepower wasn't so weak. In general the emulation feels strong with these Game Boy titles.

Overall I would probably rate Retro-bit Generations as "fair". I enjoyed sampling all the games and my friends seemed to have a good time with it. Purists may scoff at the imperfections in the emulation and the overall lack of polish, but hey, you get what you pay for. If you just want to kick back in your easy chair with a beer you'll probably enjoy sifting through the wide range of titles. They're not all winners but you only need to find a few you like to make this purchase seem worthwhile. 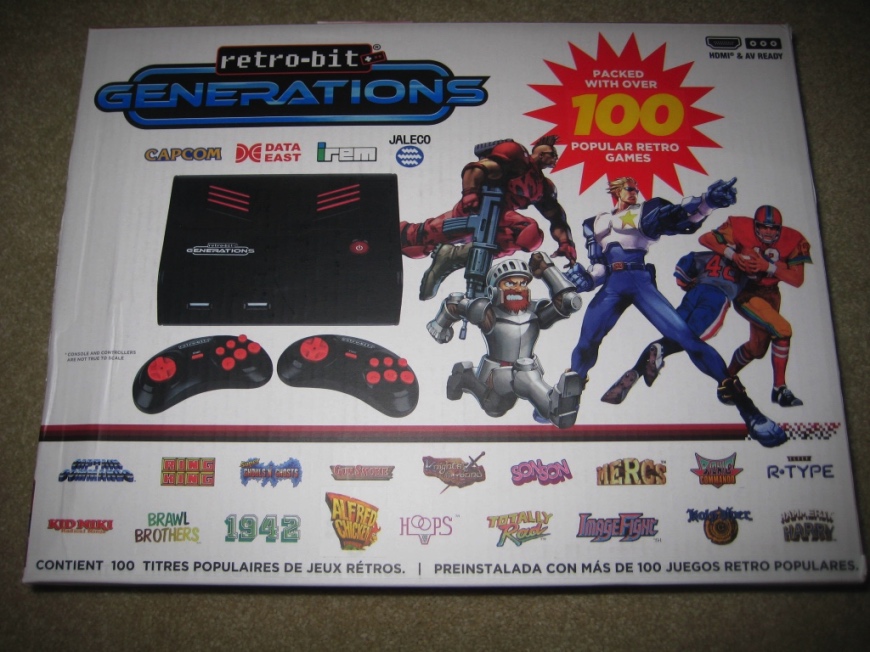 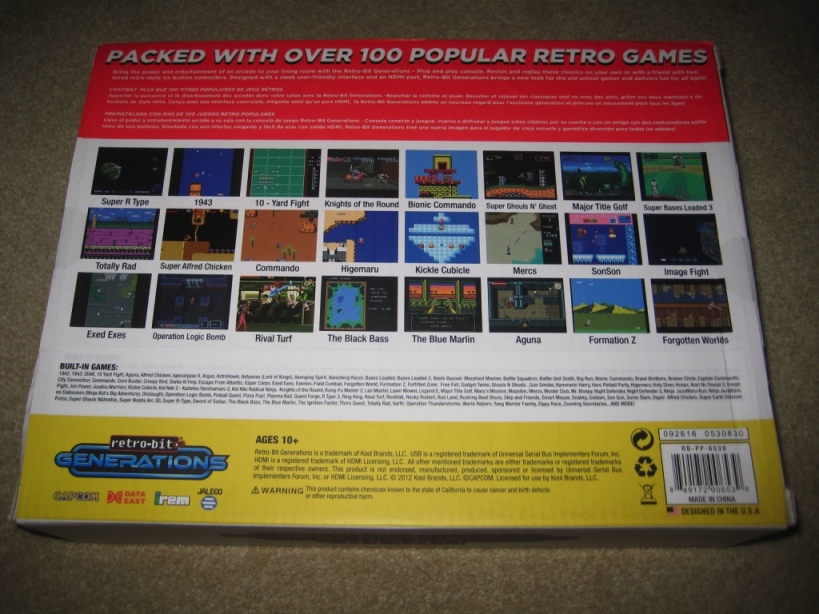