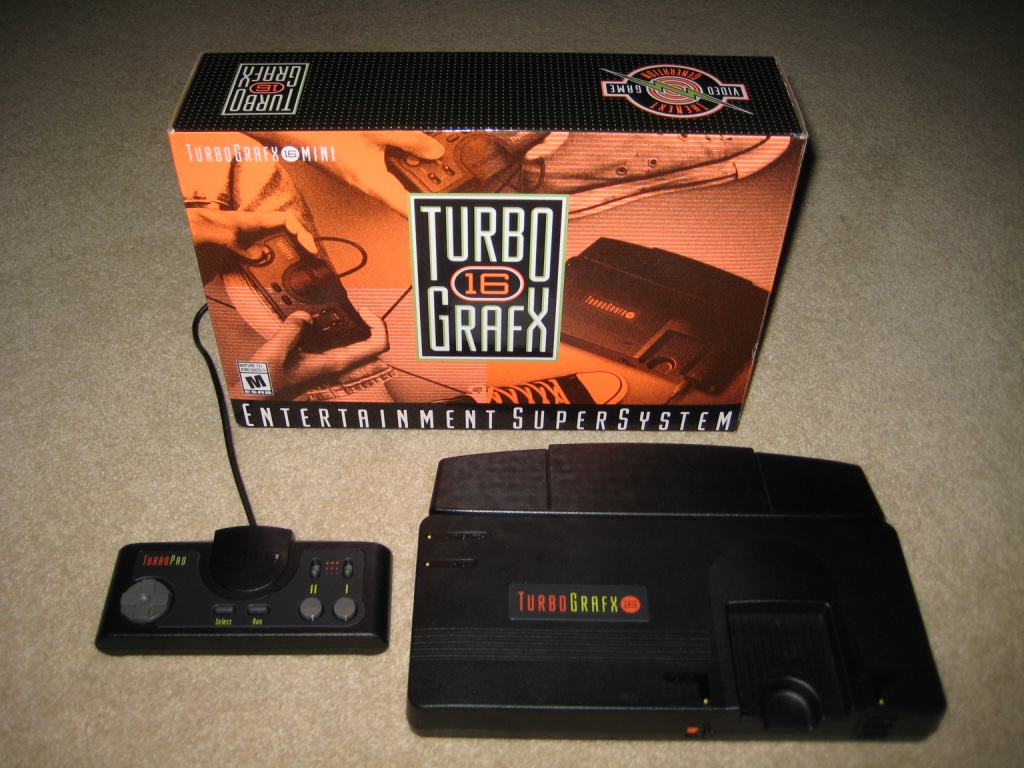 Of all the mini consoles in my growing collection (NES, SNES, Genesis) the Turbografx-16 Mini strikes me as the best value by far. Other minis tend to go heavy on common titles that have often already been released multiple times on various platforms. The Turbografx-16 Mini on the other hand is a treasure trove of obscure, hard-to-find gems. The original Turbografx-16 was kind of a sad story. Failing to compete with the Sega Genesis and Super NES in the early 90's, it faded into obscurity. As retrogaming became popular however collectors began to realize that it was a remarkable and highly underrated system. Now everybody can see what they were missing, which turned out to be quite a bit! 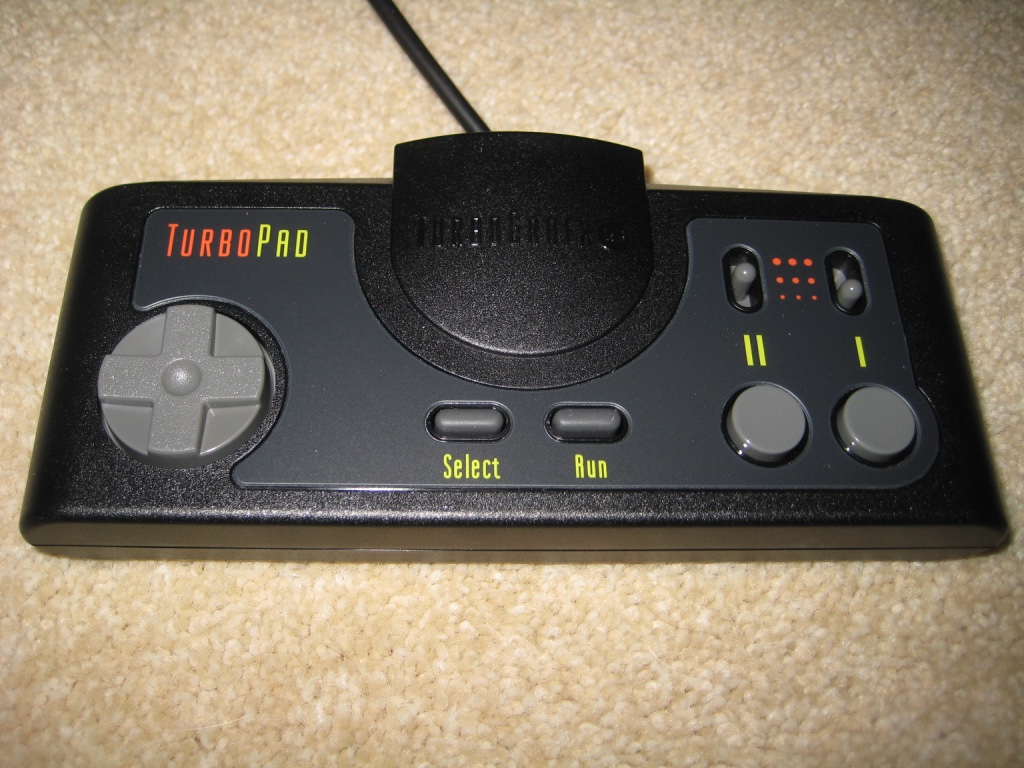 The Turbografx-16 Mini is about twice as big as your typical mini, measuring about 11 by 6 inches. An HDMI cable and a charge cable are included, but there's no USB power block. I just borrowed one from one of my other minis. The system is half the size of a real Turbografx but retains the same form factor. You even get that cheap plastic back-cover that detaches to expose ports. Unfortunately the cables are really hard to plug in, especially the mini-USB power plug hidden in a recessed area. I just leave that back cover off. It looks a little funny but it's much more practical. The controller is just like the original, although I think the directional pad feels a bit rougher and the select/run buttons are a bit squishy. 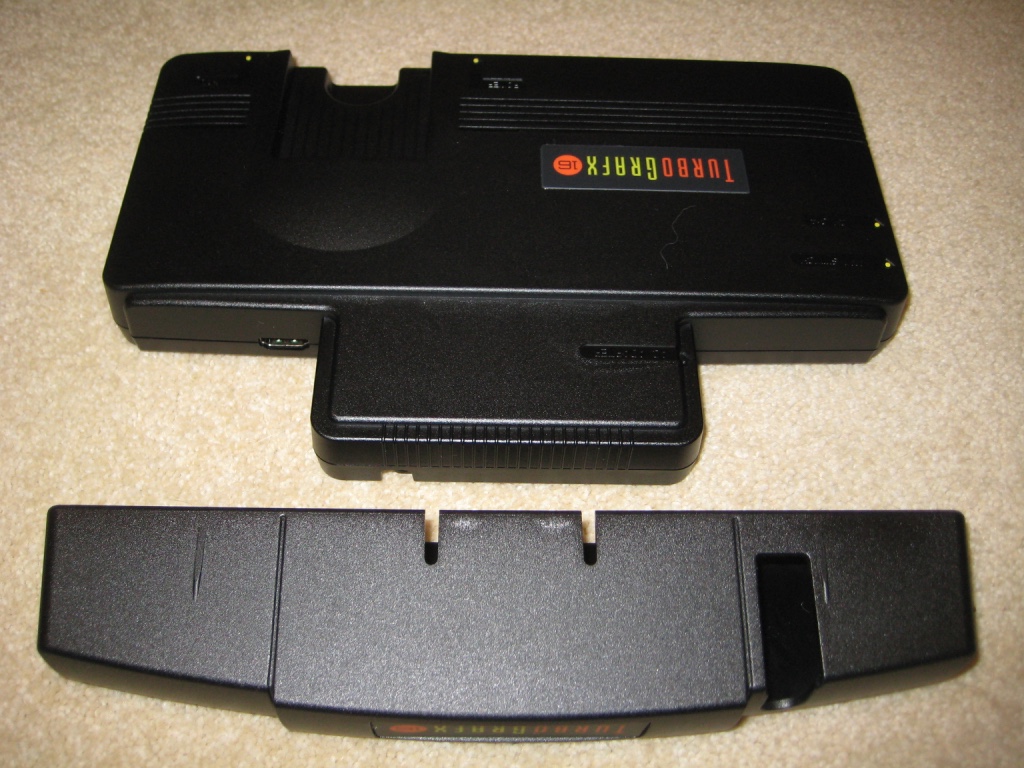 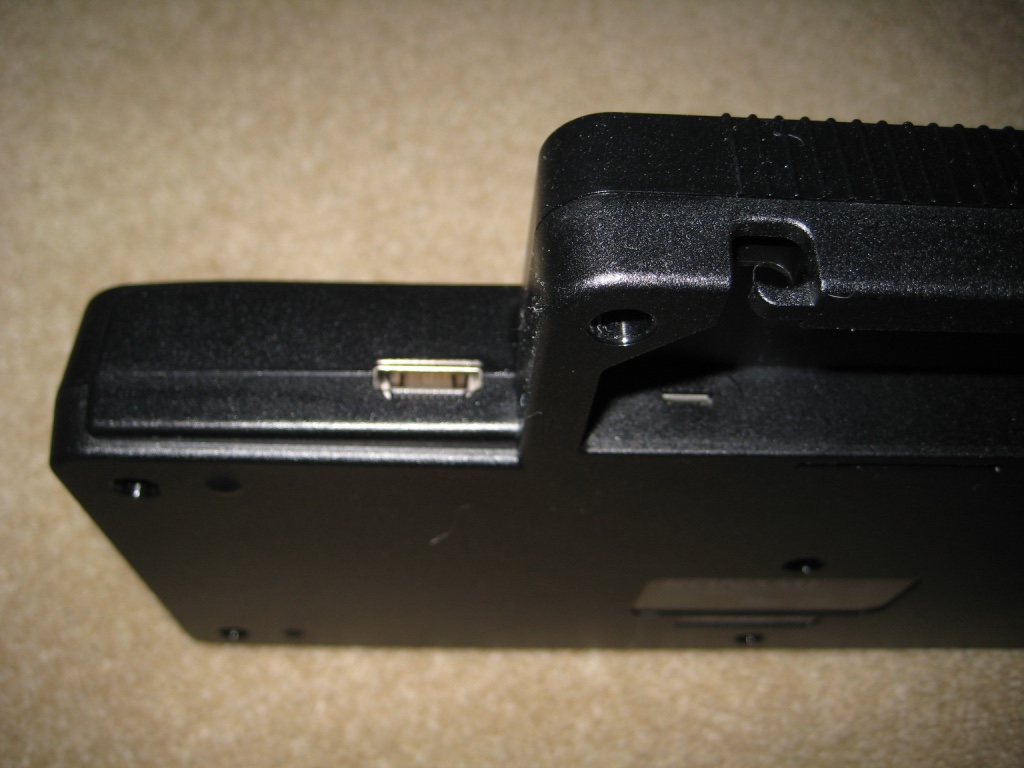 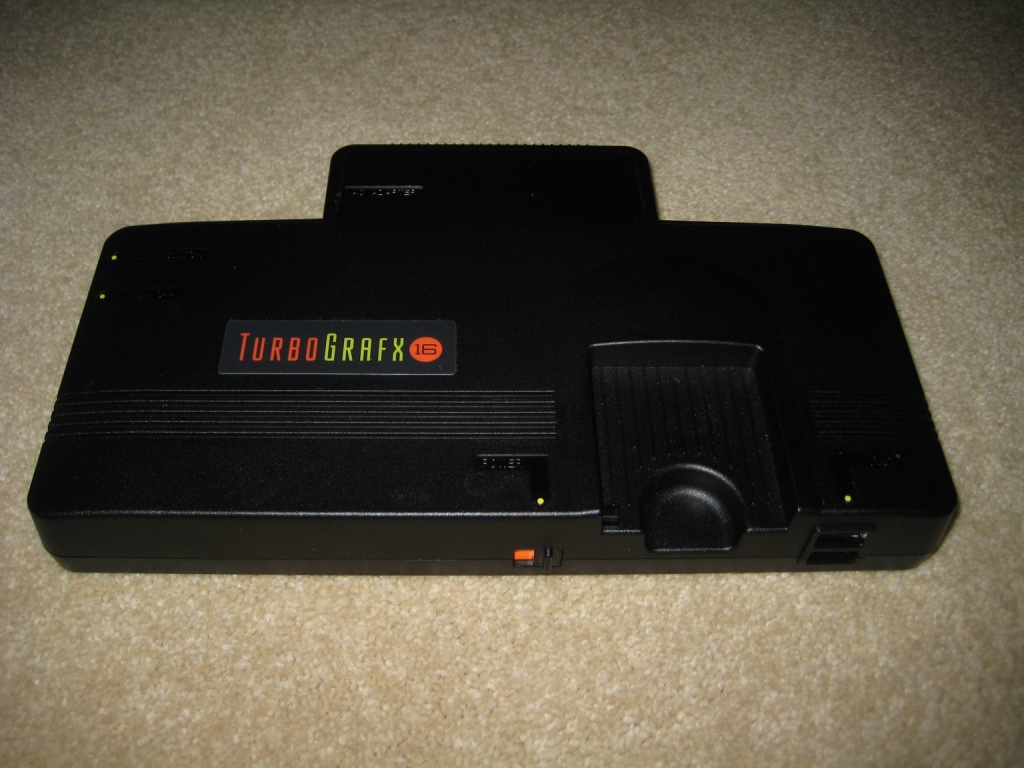 The game selection is outstanding. Once you experience the prehistoric mayhem of Bonk's Revenge, the intergalactic pinball of Alien Crush, or the gratuitous gore of Splatterhouse, you'll be hooked. Shooter fans can put the turbo switches on the controller to good use with Blazing Lazers, R-Type, Psychosis, Soldier Blade, and Lords of Thunder. Bomberman 93 represents one of the best four-player party franchises of all time. RPG fans will sink endless hours into Dungeon Explorer, Y's Book 1 & 2, Neutopia, and the ultra-rare Neutopia II. Other hard-to-find titles like Air Zonk, Parasol Stars, and New Adventure Island justify the price of the system several times over. There are a few clunkers (Moto Roader comes to mind) and a few I had never even heard of like Chew Man Fu. 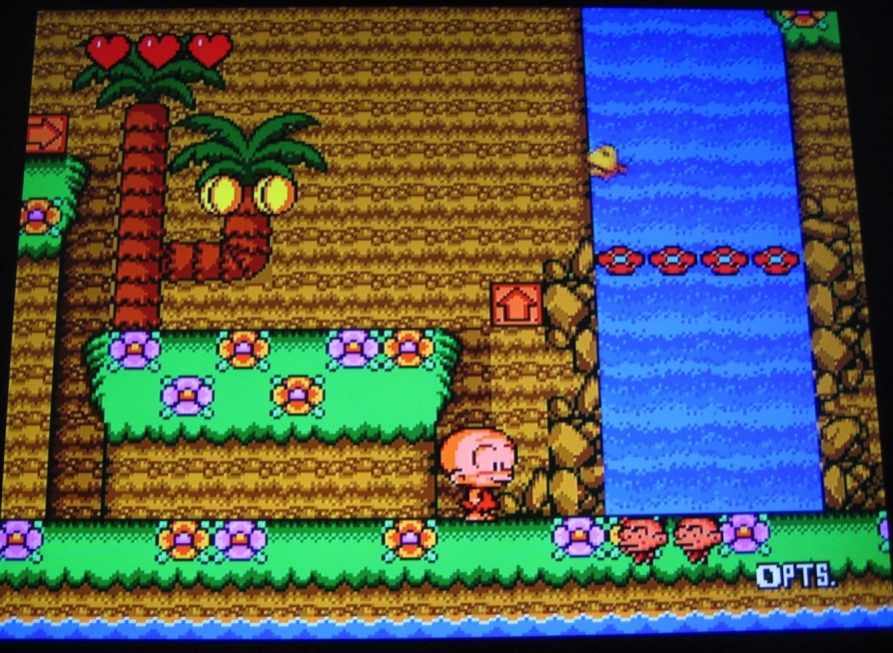 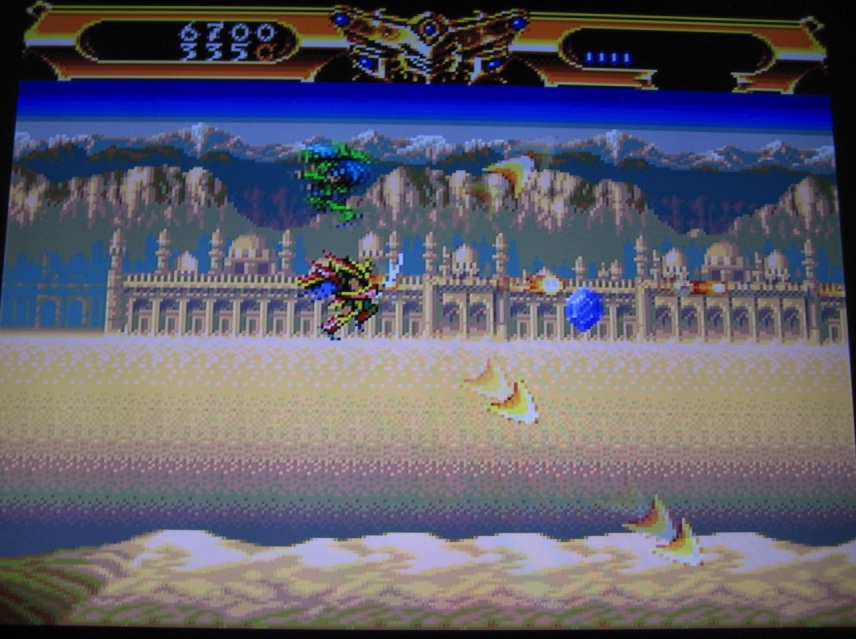 The games look surprisingly good in HD. Despite their pixelated nature the graphics don't look harsh at all and the animation is remarkably smooth. I suspect the framerate might be better than it was on the original hardware! The 16-bit music provides ample ear candy and the controls are tight. Hardcore Turbografx fans may notice a slight hesitation when you press jump but the lag is essentially negligible. 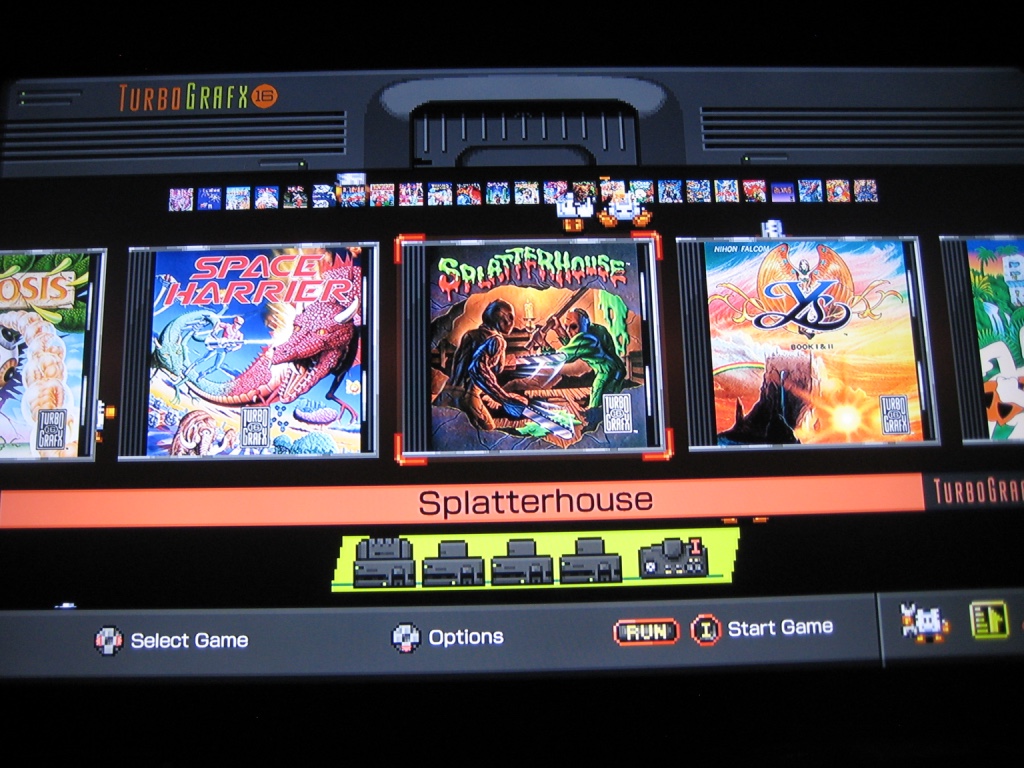 The retro menu interface is appealing. When you begin a new game you'll see an animation of a Hu-card being inserted (the system used cards instead of cartridges). Pressing select and run mid-game brings up a menu allowing you to save to four slots (per game) or exit to the main menu. The main screen offers a few settings you can tinker with, including the ability to switch to "PC Engine" mode. I assumed this would simply provide Japanese versions of the same games, but it's actually much, much more. 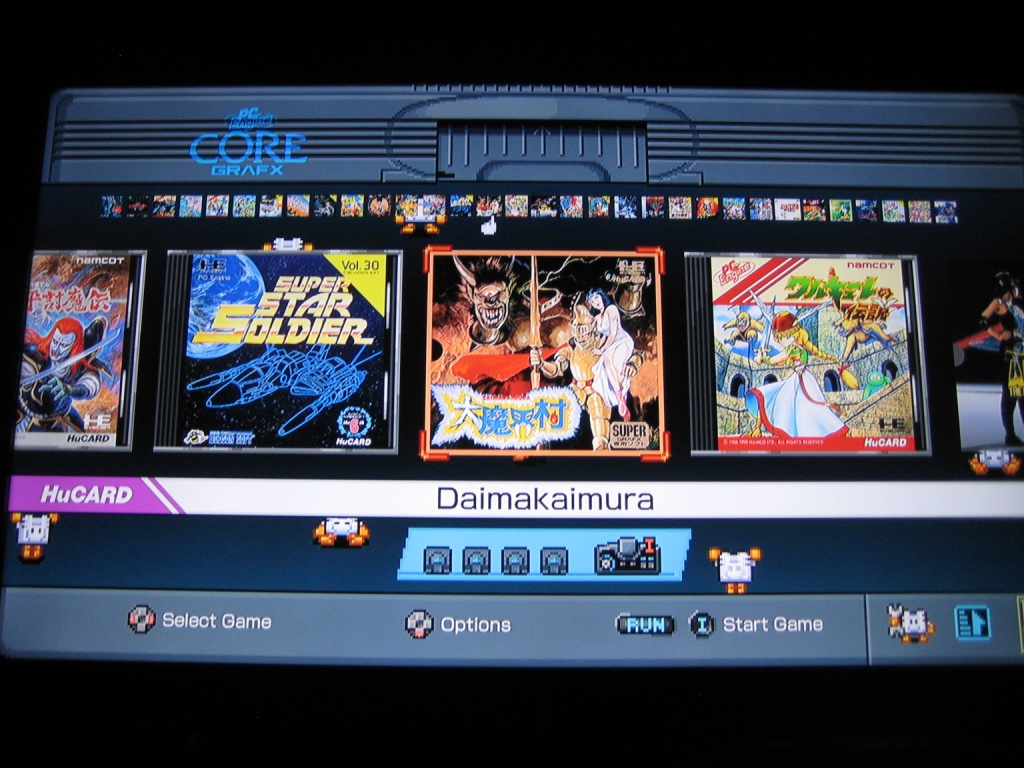 As it turns out, the PC Engine mode provides a whole new slew of games! And we're not talking about lightweight titles here. You get several legendary (and super-rare) CD-ROM games like Dracula X, Snatcher, and the best Ghouls and Ghosts entry, Daimakaimura. The inclusion of obscure Supergrafx titles like Aldynes seems almost too good to be true. Spriggan 1 and 2 are remarkable twitch shooters, and the characters in Kung Fu (aka China Warrior) literally fill the screen. Bummed out about the lack of Galaga 90? Don't be, because Galaga 88 is the same game! And if you thought they forgot to include the original Bonk, fear not - you got the Japanese version right here. Other highlights include two Gradius games, Salamander, and two additional Bomberman titles. The language barrier will only get you in trouble in a few of these, like Snatcher and the strategy game Nectaris. 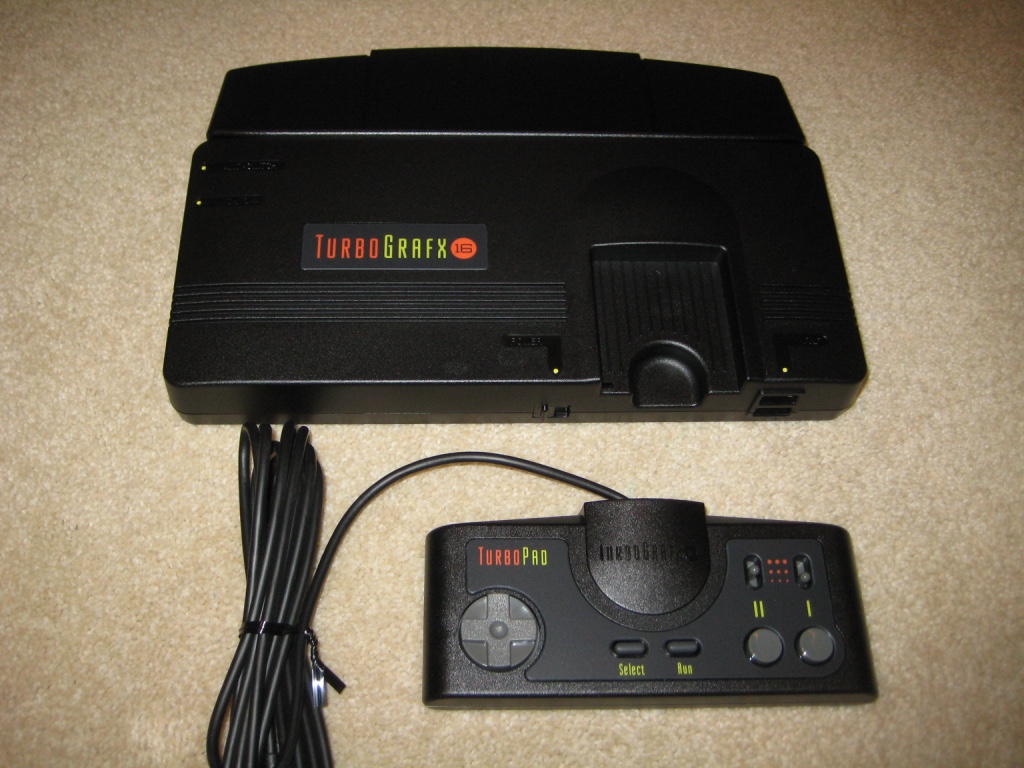 There is just so much classic gaming goodness packed into this console, it just might make your head explode. I don't even think this review does the system justice because I'm still exploring and discovering new things to like about this console. The Turbografx-16 Mini is an amazing value and it even has a few Easter Eggs built into it. More than just a mini console, this is a complete, self-contained classic game collection. If you can get your hands on one (at its normal retail price) do not hesitate to pounce.