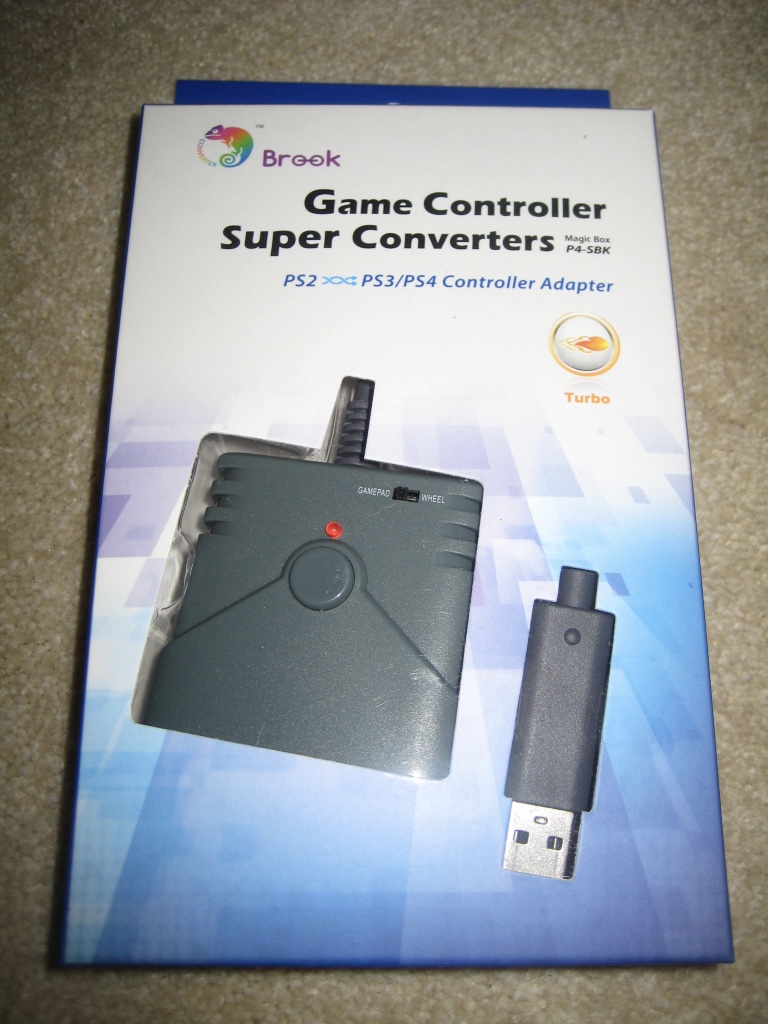 Having cut my teeth on Street Fighter and Mortal Kombat in the arcades of the early 90's, it's safe to say one-on-one fighting games are in my blood. Even in my advanced years I've been known to unleash dragon punches, fireballs, and flying roundhouse kicks with deadly precision. The problem with modern fighters is that the controllers are not properly designed for them. The SNES controller was small and light with tappable buttons, but the PS4 controller is better suited to navigating a tank.

So what's a critic to do when it's time to review the latest King of Fighters game? In the previous generation I could rely on my Street Fighter IV Anniversary stick for my Xbox 360, but now the PS4 is my primary console. A few months back I picked up the HORI Fighting Commander 4 controller but it's still no match for a proper joystick. Recently I heard X-Arcade was releasing a PS4 adapter for their line of industrial-strength joysticks. Since I own (and love) an X-Arcade Solo it seemed like an easy solution. HA!

Just buying the thing was a minor fiasco. The X-Arcade web site briefly displayed four confusing purchase options before automatically redirecting me to some annoying full-screen offer. Excuse me, I'm trying to give you my money! The adapter options ranged from $30 to $75 depending on what hardware you already own. Apparently the PS4 adapter only connects via a PS2 adapter. Fortunately I had plenty of old X-Arcade adapters lying around I figured I was covered.

When I received the small box in the mail I was surprised to discover it was not an X-Arcade product at all, but something from a company called Brook. The full name on the box is "Game Controller Super Converters Magic Box PS4-SBK". Underneath its name are hieroglyphics indicating it's meant to connect a PS2 controller to a PS3/PS4.

But the fun was just beginning. I thought I had the required PS2 adapter but my controller was not responding. The glossy instruction card that came with the PS4 "Magic Box" is a joke. The first line instructs you to "Follow the instructions to connect the converter to the PS3/PS4 console". Huh? What the hell am I reading? Are the instructions supposed to appear on the screen? Am I missing a slip of paper? Am I supposed to look online?

X-Arcade's online support was responsive but they didn't seem to know much more than I did. They did however offer some helpful troubleshooting suggestions. As it turns out, there are several variations of PS2 adapters and mine didn't work with the PS4 adapter. I was relieved to find an old 5-in-1 adapter in my drawer, and when I tried that it worked.

When you hook up all the necessary cables and adapters it's not a pretty sight. First you connect your X-Arcade to a serial cable, which allows you to sit some distance (about six feet) from your console. Then you have the 5-in-1 "squid" converter box with a bunch of connectors hanging of it. You plug the PS2 connector into your PS4 adapter which in turn connects to your PS4 via USB. This jury-rigged set-up is the Frankenstein of gaming - only less attractive. 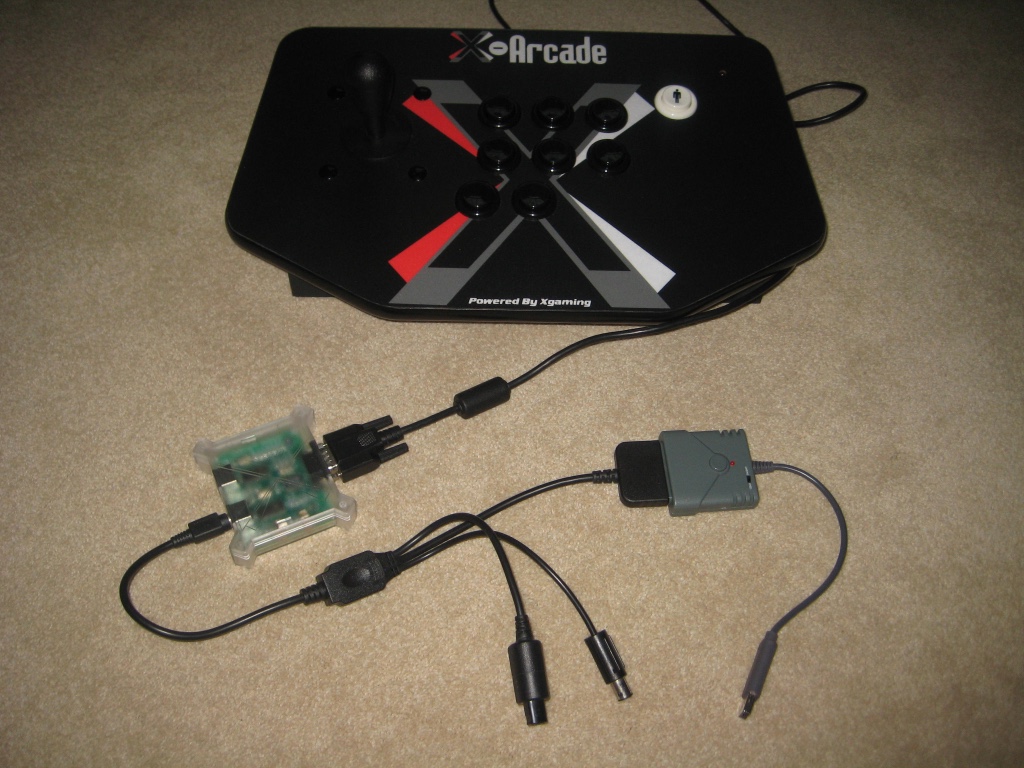 When you turn on your PS4 console the controller doesn't register immediately. You have to push the button on the PS4 adapter box which functions like the PS button on a normal controller. My X-Arcade Solo worked at that point but figuring out the button mappings presented a whole new challenge. The online documentation shows the button layout for the twin-stick X-Arcade model, which apparently doesn't apply to the solo model. Among other things I couldn't figure out how to access the PS, select, or share functions from the controller itself.

After several exchanges with X-Arcade support I came to the conclusion that the PS function cannot be accessed from the controller, and I'm still not sure about the others. This is really basic information that should be documented on X-Arcade's site somewhere. Somebody dropped the ball.

When the dust settled I could finally play King of Fighters XIV with my joystick, and yes, it is a dramatic improvement over a standard controller. It's super responsive and perfect for extending gaming sessions. Would I recommend the PS4 adapter? Well, if you've already invested in an X-Arcade stick and own the 5-in-1 adapter, it's an easy decision. You're not going to find a better solution for $30. If you're starting from scratch however it might be worthwhile to investigate a dedicated PS4 arcade joystick controller. These can run into some money but should result in less clutter and a more hassle-free experience.

NOTE: This adapter is also available for the Xbox One.