by The Video Game Critic
8/18/2010
I've long been an advocate of using an arcade-style joystick when playing certain types of games. I'm mainly talking about one-on-one fighters (Soul Calibur, Street Fighter IV, Tekken 6), twitch shooters (Metal Slug, Raiden 4, Deathsmiles), and arcade compilations (Data East Classics, Namco Museum, Capcom Classics Collection). Let's face it: Playing these with a normal controller isn't natural. It's like eating a Big Mac without the special sauce, or watching the Cleveland Cavaliers without Lebron James for Pete's sake (ouch!). The fact that you can now download classic arcade games is yet another excuse to invest in a bad-ass arcade stick. 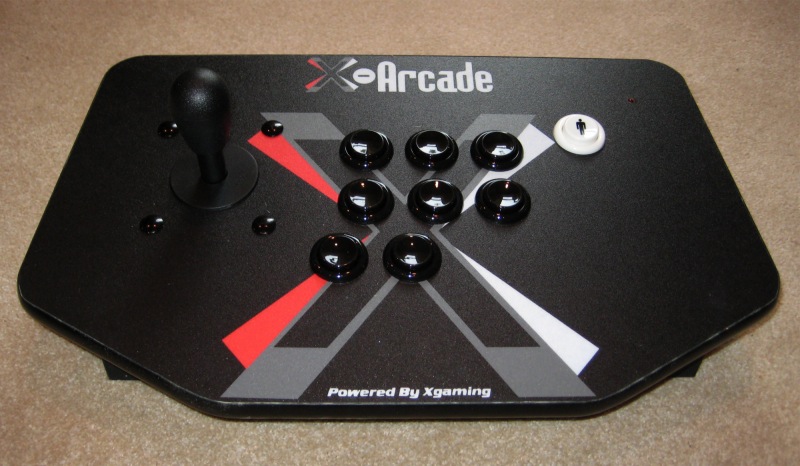 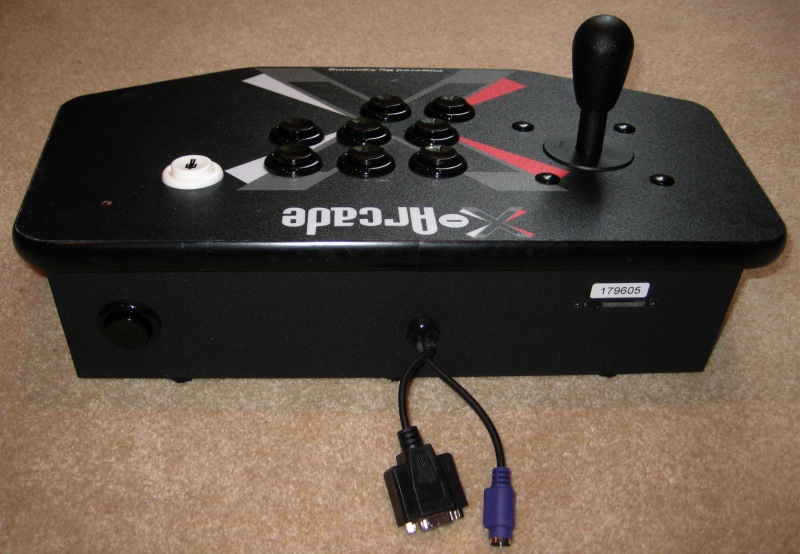 Enter the X-Arcade Solo Joystick. It's a state-of-the-art controller with rock-solid construction. This feels like the controls in a full-sized arcade game. Scratch that - it feels better! The joystick has the perfect amount of "give" so you can unleash fireballs at your friends with ease, and the tap-friendly buttons make it easy to reduce menacing mother ships to smoldering wrecks. An arcade stick like this is not ideal for all games (especially those that require analog control), but it makes certain titles a heck of a lot more fun.

While It's billed as a "universal controller", that's a bit of an overstatement considering it doesn't work with any pre-Playstation consoles (including the Saturn). X-Arcade will work with all of your modern systems, provided you purchase the separate adaptors:

Hooking up the X-Arcade to most of these is just plug-and-play, but attaching it to a PS3 or a 360 is a little more complicated. Make that a lot more complicated. It helps if you have a degree in electrical engineering. I included a photo below to help you understand the elaborate setup involved. In addition to the 360 adapter, you'll also need to use a PS2 adapter (huh?) and a wired Xbox 360 controller! Say whaaa? 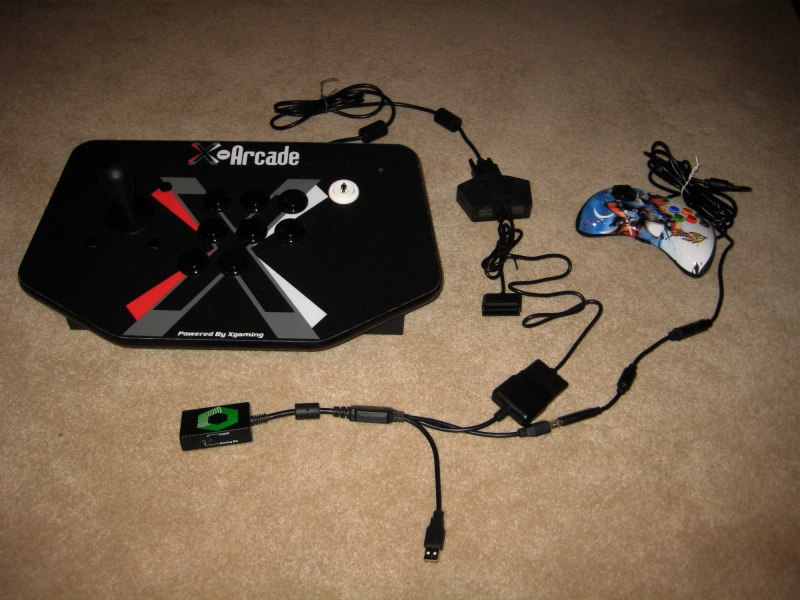 Allow me to explain this mess. Running from the rear of the X-Arcade is the serial extension cable (included), which is necessary if you want to sit more than a foot away from your console. That cable connects to a PS2 adapter, which in turn connects to one of the three plugs fanning off of the Xbox 360 adapter. The second plug will need to connect a wired 360 controller to facilitate the lighted X button. Fortunately, I happen to own a Street Fighter IV pad. Sorry, using a charging wire does not work. The third plug coming off the 360 adapter connects to one of the USB ports of your 360. Holy cow. The human skeleton doesn't have so many connections! The PS3 configuration is a little easier, mainly because you don't need the wired controller.

Everything works fine once you hook it up, except then you'll have no clue to how the buttons are mapped. I would normally blame the documentation, but in this case it's a lack of documentation. Get it together, X-Arcade!

In the interest of full disclosure I should probably mention that I'm no stranger to the X-Arcade lifestyle. I've owned a two-player model for many years, displaying it prominently in my game room. The thing is built like a tank - and weighs about as much! The main problem with it is the close spacing of the two sets of controls. You really have to sit close to the other player, especially since the controls aren't "angled out". Don't get me wrong - I like my guy friends a lot, but would prefer to maintain platonic relationships with them. It's not a problem when you're playing with a chick, except for the fact that girls don't play video games! Regardless, you really need a table in front of you to support this thing.

That's why I recommend the X-Arcade Solo joystick. It's small enough to sit in your lap, but sturdy enough not to slide around. It can make a game twice as fun, and you'll probably notice an improvement in your scores too. I own a collection of joysticks, and the X-Arcade Solo is my personal favorite.