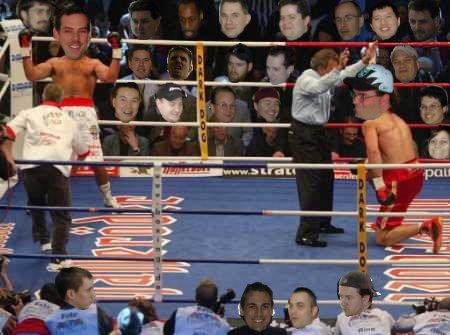 Each year a group of mortal men from the Baltimore area engage in a video game extravaganza known as Video Game Mania. This year's competition was held on Saturday, January 17th, 11:30AM - 5:30PM. The top three finishers received valuable trophies, and the champion was entitled to the "arcade jackpot", comprised of all the quarters dropped into my two arcade machines during the competition. Although the value of this jackpot was originally estimated at one million dollars, the actual value turned out to be $38.50. This historic event is chronicled in excrutiating detail in the links below.
Click on Links Below For Lurid Details

Joe C: "I had to reset the ColecoVision."
Scott Z: "I bet that's the LAST TIME in your LIFE you'll ever have to say that!"

Frank: "Is there supposed to be a fire in your oven?"
Maggie: "Yes"
[delay]
Dave: "What?! NOOO!"
(Conversation that occurred shortly after Maggie preheated the oven with a cake and two bags of rolls inside)

"I'd like to thank the TAC-2 company for this fine joystick... and I could, if only they hadn't gone out of business over 15 years ago."
Scott Z, after winning the first round of Atari 2600 Ice Hockey.

John S: (dropping quarter into Tapper): "I'm adding to the winner's jackpot."
Steve N: "Thanks, I appreciate that."

"I only have one frog left - and he WON'T DIE!"
-Tuan, while we were waiting for him to finish a game of Frogger

"Those guys look like they're fighting with erections!"
-Greg X, on the appearance of the Atari 2600 Boxers

"Man, that spider is a real pain. Can you turn him off?"
-John S, on Centipede arcade game

"Those dancing girls get me every time, and they're not even good-looking!"
-John S, on Tapper arcade game

"It's only the coin toss and you're already shifting your linebackers and calling audibles!!"
-Tuan on Steve N's allegedly unfair tactics used in Madden Football 2004

"No, it's just that the rest of you guys do suck that much!"
-what Steve N was thinking in response to allegations of his cheating.

"Is it ok if we just do this???"
Scott Z while practicing Indy 500 on the Atari 2600, running up the lap counter by driving around the median strip instead of the track.

"Stop grabbing your joystick so hard, you won't be able to pee right for a week."
-Tuan

"No thanks, video games aren't really my thing"
-John S, when asked if he was going to play a particular game