DELAYED ONE WEEK BY SNOW,
VIDEO GAME MANIA 5
GOES DOWN WITHOUT INCIDENT

Except for the Melee

And the Plunger Incident 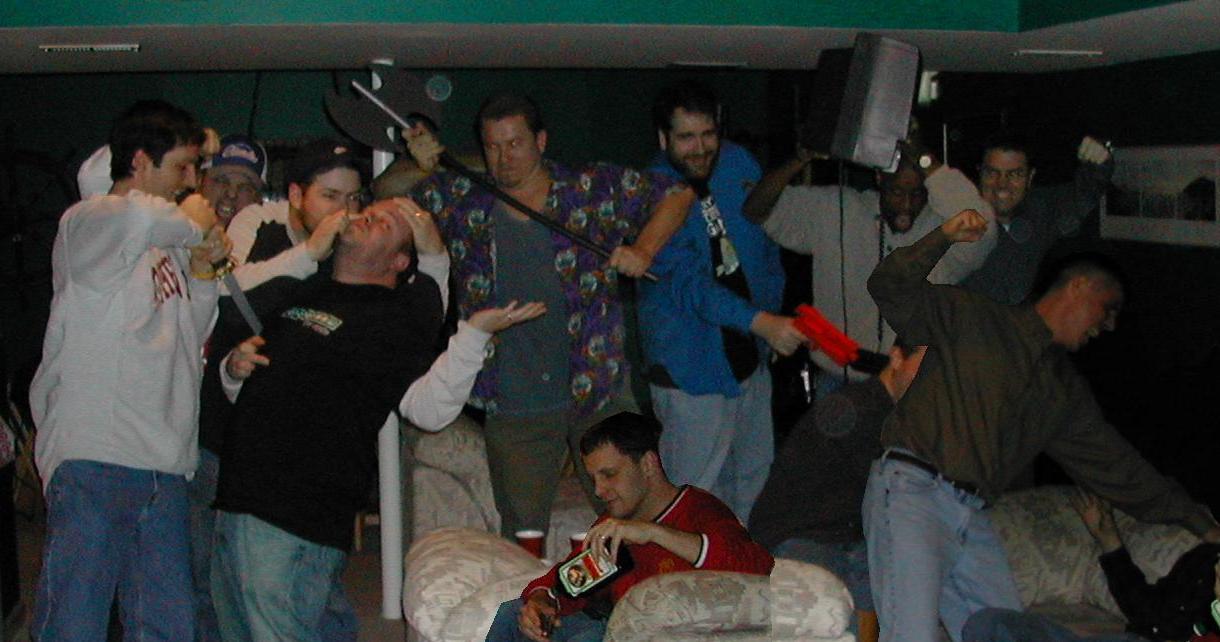 MARYLAND: Video Game Mania 5 (VGM5) was originally scheduled for Jan 22, 2005, with 28 heavyweight battling for championship of the universe. However, as Murphy's Law would have it, that was the ONE DAY OF THE YEAR when the state was blanketed with several inches of snow. Delayed for one week, the festivities went on without a hitch on Jan 29, although the turn-out was considerably smaller. As he did in Video Game Xtreme (VGX) in July, Mike F cruised to his second straight championship (his first Mania championship). Another significant development was the "rise and fall" of Eric R, who destroyed the competition all day but inexplicably lost in the first playoff round. That defeat was handed to him by Cinderella story Brad, who beat the odds and became the first eight-seed ever to win anything. Furthermore, Brad's winning streak didn't end until the final game of the day.

George: "I was t-boned!"
Dave: "Hey, that's better than being t-bagged!

"This seat is REALLY hot. Were you sitting here?"
- George, to Mike F

"Man, that game is f***ing hard!"
- Someone commenting on Gravitrex

"I just want to say that this game SUCKS!"
- George, on Kings of the Beach

"Are these guys supposed to be gay?"
- Someone commenting on the pink shirts and white shorts of the players in Kings of the Beach

"Yeah, that's right, and I also slept with your MOTHER last night!"
- David B, to everyone.

"I did it all for the WOOKIE!!"
- Don , for no particular reason