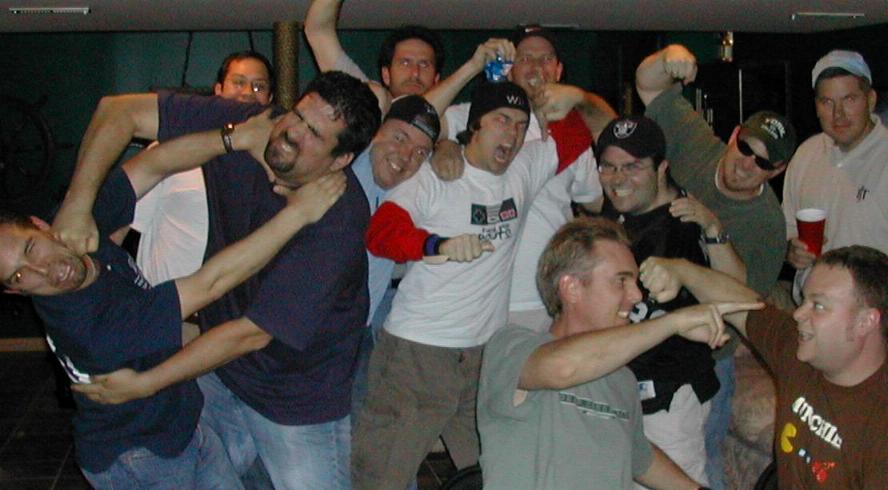 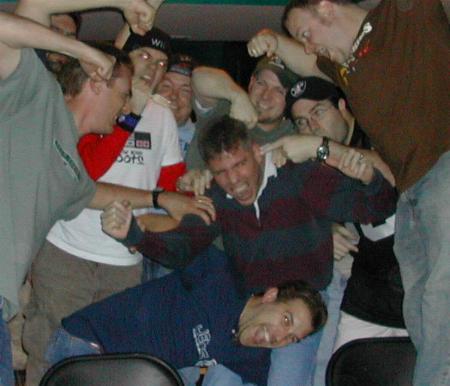 MARYLAND, April 28, 2007: Video Game Mania is an annual tournament sometimes characterized as a beer-soaked, profanity-laced exercise in trash talking. This year was different however, because there was cheating too! VGM7 saw the rise of Jonathan, a young man who proved that with enough hard work and dedication, anyone can prevail over a bunch of drunken loudmouths. On the other end of the spectrum, we saw the once innocent Eric S fall from grace. Having been consumed by the dark side of the force, Eric would find himself in the center of the biggest VGM scandal since George was given a wedgy at VGM4.

VGM7 was largely a civilized affair until a huge melee broke out, with host Dave "The Video Game Critic" taking the brunt of the violence. Apparently his attackers were schooled in the art of "street fighting", dishing out a steady barrage of "tiger kicks", "dragon punches", and repeated fireballs to the crotch. Experts hold up the incident as yet another example of video game violence, yet those involved contend Dave was "a low-life bastard who had it coming". Initial reports said the violence was sparked when somebody opened a window, but the true cause proved to be far more sinister! When all was said and done, this violent incident will go down as the worst since... well, since the one in Video Game Mania 6.

This page and its links chronicle the controlled chaos that occurred on April 28, 2007. Video Game Mania 7 will, without a doubt, go down in history as "a video game tournament". All of the information presented here is 100% accurate, with absolutely no hyperbole or embellishment at all, except for the parts that are out-and-out lies. Those are not 100% accurate.

Click here to read about the Competitors of VGM7

Click here to read about the Games of VGM7

Click here to read about the Scandal of VGM7 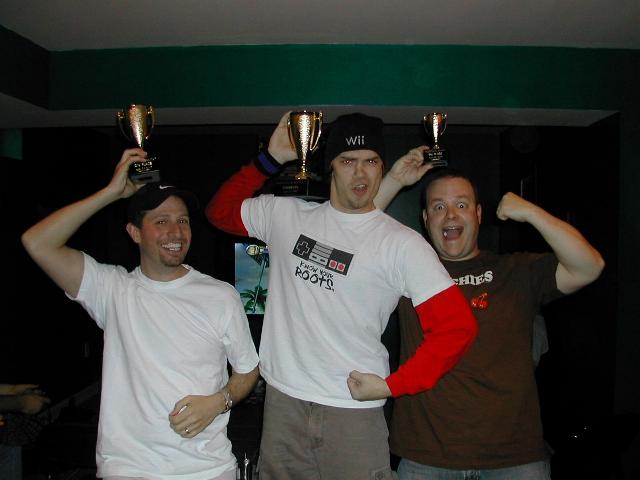 "Oh, this is the controller? It's so [expletive] big I thought it was the damn console!"
- Jonthan, on the Neo Geo's huge controller

Eric R: "Hey - this controller's tingling on one side!"
Dave: "That mean's it working!"

"I'm not coming to these tournaments any more if I'll need to exercise! The whole point of playing video games is to sit on your ass!"
- Marc, talking about the Wii

Dave: "Scott, you're up!"
Scott (just sitting down at Pole Position): "Man! I've been waiting an hour and a half for this thing to open up!"

"Scott, you're a douche for getting 100 points more than me!"
- Jonathan, at Ghosts and Goblins

"A [expletive] tree is chasing me!!"
- Marc, playing Crystal Castles

Steve N (after Jonathan topped his Mine Storm score): "Damn you Jonathan!!"
Jonathan: "You mess with the bull, you get the horns!"

"Dave, why are there rabbits in the sky?"
- Jonathan, watching Air-Sea Battle

"Maggie, thanks for the brats and sauerkraut. That will be my secret weapon for the semi-finals!"
- Dean

Dave: "Get ready for the semi 'rinals!"
Marc: "Did he just say semi-rhinos?"
Jonathan: "A girl gave me a semi-rhino once!"
Marc: "Did you pay full price??"

Jonathan: "Dave, you throw a hell of a party, but where are all the women?"
Joe: "Weren't you around during the volleyball game?"

"Now I shall drink the blood of Janet Reno from this!"
- Jonathan, hoisting first-place trophy