Is anyone else ever nostalgic for bad graphics?

Matchstick wrote:I've often wondered who the artist was for the game, and what other works they've put together over the years. Divisive as the style may have been, the artist seems to me to be a bit too talented at that sort of thing to have just been a run-of-the-mill EA employee. I'm sure the info is out there, but I have no idea where to start looking. Help me out, Internet!! ...it's because these games are so ugly that they're so effective – they're genuinely spooky in a way that just wouldn't work with clearer, more definite graphics. Everything blends into everything else and is only really distinguishable through the parallax motion; it mimics the limited visibility of night, the uncertainty that can make it frightening, surprisingly well. And the monsters you fight are as butt-ugly as they deserve to be, blocky as a brick wall and animated with the grace of a seizure. Best of all, your attacks are accompanied with gory spouts of monster blood, and if the monsters get you, they show off individual "fatalities" nearly a decade before Mortal Kombat. It's a blast.

I included screenshots for convenience, but these games really have to be seen in motion to be appreciated. Someone put together a nice highlight reel of the monsters' attacks, but the sound is weird and tinny; I recommend watching (and hearing) the other footage first to get a better sense of the atmosphere.

In some ways, it's so ahead of its time, that it feels like a modern indie title. Except when modern indie developers do it, they can't help but reveal their hands as artists. 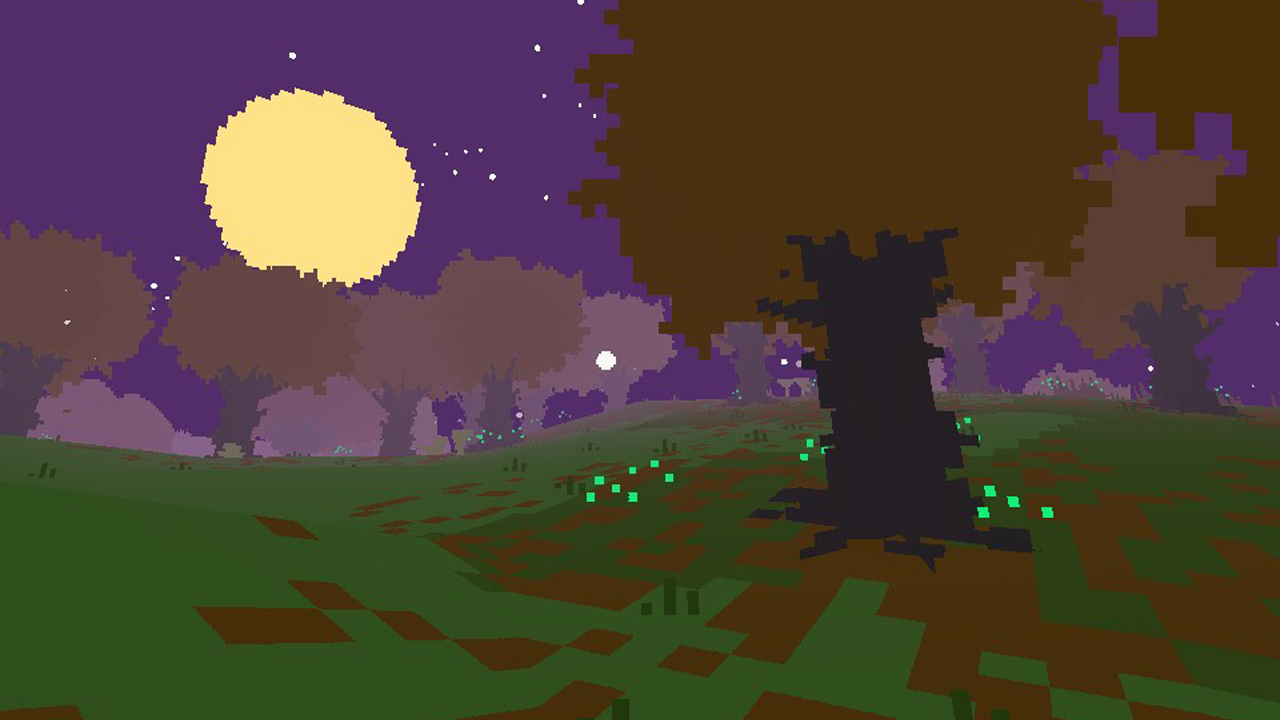 Which isn't a bad thing, at all. There's never been so much visual diversity before.

But still, aesthetically, this game's just playing too nice with my senses, to ever feel dangerous. And I'd feel the same way, if any of those pixels were actually trying to kill me.

Have you ever seen LSD Simulator? It's just a walking simulator from the 90's, but nobody ever complained, because the bizarre and mostly terrible graphics did such a great job of making people uncomfortable.

ThePixelatedGenocide wrote:Have you ever seen LSD Simulator? It's just a walking simulator from the 90's, but nobody ever complained, because the bizarre and mostly terrible graphics did such a great job of making people uncomfortable.

LSD: Dream Emulator. Yep! Got some lovely pictures of that one saved too, and I considered posting them earlier. Fascinating "game". Heeeeeey, thanks for that, TPG. Looks like I finally have something to go on.

Looking at other games he's worked on, I can absolutely see the similarities between that Road Rash art and the artwork for Cyber Tiger. He toned down the exaggerations a bit with the Tiger Woods images, but the style is still 100% intact. Definitely a bit of an "ah, ha!" moment, seeing the artwork from the two games side by side. Thanks for sharing!

I have to admit that I feel a little ashamed for not hearing about LSD: Dream Emulator before now. What a trip - pun intended, of course. I have seen similar-looking games pop up on Steam and the Switch eShop from time to time, so it's nice to see where the idea may have originated. Might be worth looking tracking this one down just to "experience it" for myself.

by Fernando
Look at the picture of the game. I knew it was a long time ago. The first game I played was a violent motorcycle. The quality of the picture in it was almost the same as this one. It was fuzzy.

by Dogman
All these "bad graphics" look great on a CRT IMO, which is what I primarily use for every console Wii and under.

I've been playing the original Tomb Raider on PS1 and I do notice it takes some time for my eyes to adjust as it looks like a pixelated dithered mess at first, but once it's in motion it has a distinct look/feeling to the graphics and overall presentation that's deliciously old school. It also lacks some of the sleek flash of more modern games, both graphics/UI and gameplay-wise, which can be a plus if you want a no-frills experience without any hand-holding, if that makes sense...

While the early 3D stuff like the above example is up for debate on whether it still holds up, 2D pixel art of course I think looks just as good now as it did then, maybe just a bit more blocky if you're viewing them on a modern LCD.
All times are UTC-04:00
Page 4 of 4
Powered by phpBB® Forum Software © phpBB Limited
https://www.phpbb.com/