No Genesis A+ Games?

VideoGameCritic wrote:It's funny, I think I actually prefer Streets of Rage 1 over 2. Maybe it's the music or the characters, I dunno.

I prefer SOR1 also, and a big reason for me is the shorter levels. The levels in SOR2 are a tad too long for my taste. (One of the pleasant surprises for me of SOR4 is the fact the levels are surprisingly brief. For whatever reason I thought they would end up making huge levels that would drag on for way too long, but they're pretty much the perfect length).

I think you can attribute SOR2's levels feeling long for the lack of variety throughout SOR2. The level design is completely flat, if you were to have the same visuals in every stage of SOR2, you'd definitely see that 80-90% of the game's layouts are interchangeable, and it really doesn't help that most characters feel slow. The only thing that changes are the enemies (which isn't nothing since they have different behaviours, but layout is just as important IMO).
The biggest "trap"/hazards to spice up the level design it has is a conveyor belt section near the end, and that doesn't really change much.

SOR1 has pits in the bridge stage, crushers, and an elevator stage in which you can throw every enemy off the level.

SOR3 has cars, motorcycles, trains, pits, sideway elevators, a bulldozer section, two time limit sections... It has LOTS of stuff. Not to mention the gameplay has improved immensely in complexity.

SOR4's pretty much equal if not even crazier than SOR3 in hazards (there's a stage where you fight on top of a bullet train!) and improved even further in gameplay with the inclusion of juggles.

SOR2 is just downright dull and boring by comparison. You could argue that SOR3 & 4 have too many gimmicks, but SOR2 just doesn't have enough. It's to the point where even a "who cares" BTA like the first Sailor Moon game on SNES is competitive with SOR2 in quality just because the former aped the latter well enough. (and it arguably has more going on in the levels, even if it's not a lot). The soundtrack & visuals are what carry SOR2 hard and what push it over Sailor Moon, but as far as gameplay and depth goes, it's weirdly close.
Top

Sensible Soccer is clearly an A+ in Europe, and maybe latin america.

Anchoa79 wrote:Sensible Soccer is clearly an A+ in Europe, and maybe latin america.

I just had a chance to play it, and got hooked in a way I never do for pure sports games.

Now I wish more games had sacrificed graphics for a better view of the field.
Top

I bumped up the grade when no one was looking.
Top

Sonic The Hedgehog, Ghouls & Ghosts, Strider, Streets of Rage and Phantasy Star II are my A+ nominations. Especially STH and G&G.
Top

I'm going to try that Europe Sensible Soccer for the Genesis. I can't help but think of NHL '94 without thinking about its computer counterpart, NHLPA Hockey, which is a very confusing title, but was basically NHL '94 on computer. NHLPA Hockey also came out in late 1993. It's basically the same game. Except the gameplay is better on the Genesis and the computer version has more options like full season and playoffs with best of 7 playoff series all through the playoffs. There is stat keeping too. It would've been amazing if NHL '94 for Genesis had the full season and playoffs. Its gameplay is still better than on the computer though.
Top

Took me a while to find this page (amazing what happens when you take over a year off from a website...) but I have found the evolution of this topic interesting, to say the least. All that time I spent reading reviews here, and even a Sega die-hard like myself never noticed that no Genesis game had an A+? Shame on me!

Glad to see that's been rectified. As others have said, I, too, prefer NHL 96 to 94, but it's hard to argue with 94's place in history. Heck, EA Sports even re-released an official updated version last near with current rosters and online play! It's probably the last game I played on our Xbox One. Truly, it is a sports game that stands the test of time. There's even not one, but *two* copies in the Hockey Hall of Fame: 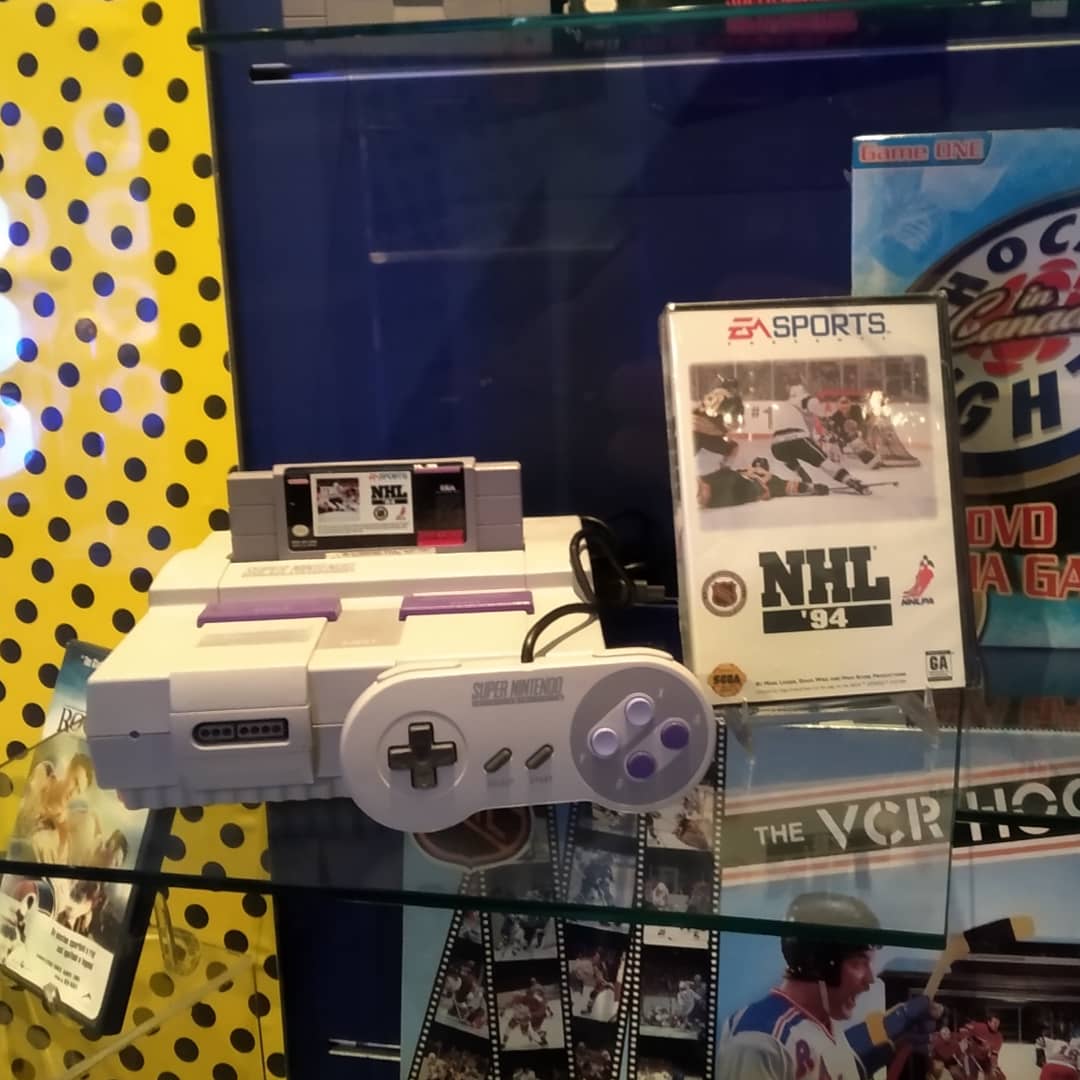 If I had to pick from the other "honorable mentions" on this board, I would also vote that Sonic 2 and the OG Road Rash get the bump to an A+. I'm not sure it'll ever happen, as The Critic did have some valid complaints in his Sonic 2 review, but man, after reading that Road Rash review, if that game doesn't get the A+, what does? Does it lose out just because its passwords are a little too long? Compared to other passwords of the time (OG Metroid, for example) Road Rash's passwords are basically Cliff's Notes!

The RR series is the absolute main reason I keep my Genesis around. They're 16-bit system-exclusive games (never made it to the SNES, though they did show up on GameBoy, Game Gear, and Master System, of all things) and it's amazing how many people I've met over the years that have never played it, or never even heard of the series. I love being able to show them to people for the first time, and they are, by far, my most-played titles in my Genesis library.

I wonder if there's a Motorcycle Racing Hall of Fame? If so, I know a certain video game they need for their collection...
Top

Matchstick,
You make a compelling case! Road Rash is one game that has aged very well, and I'd say it's music would fall into the top 5 video game soundtracks of all time.

As for Sonic 2, there is one thing that prejudiced me against that. The first time I played it during Christmas I got it (92?) Sonic got stuck in a strange spot in the Chemical Zone. I had to restart and was afraid my game was broken! Never happened again, but that glitch has always been embedded in my psyche.
Top
Post Reply
86 posts