Looking at these old Sega Sega previews, I kind of wish Sega had gone with the silver color scheme. Thoughts? 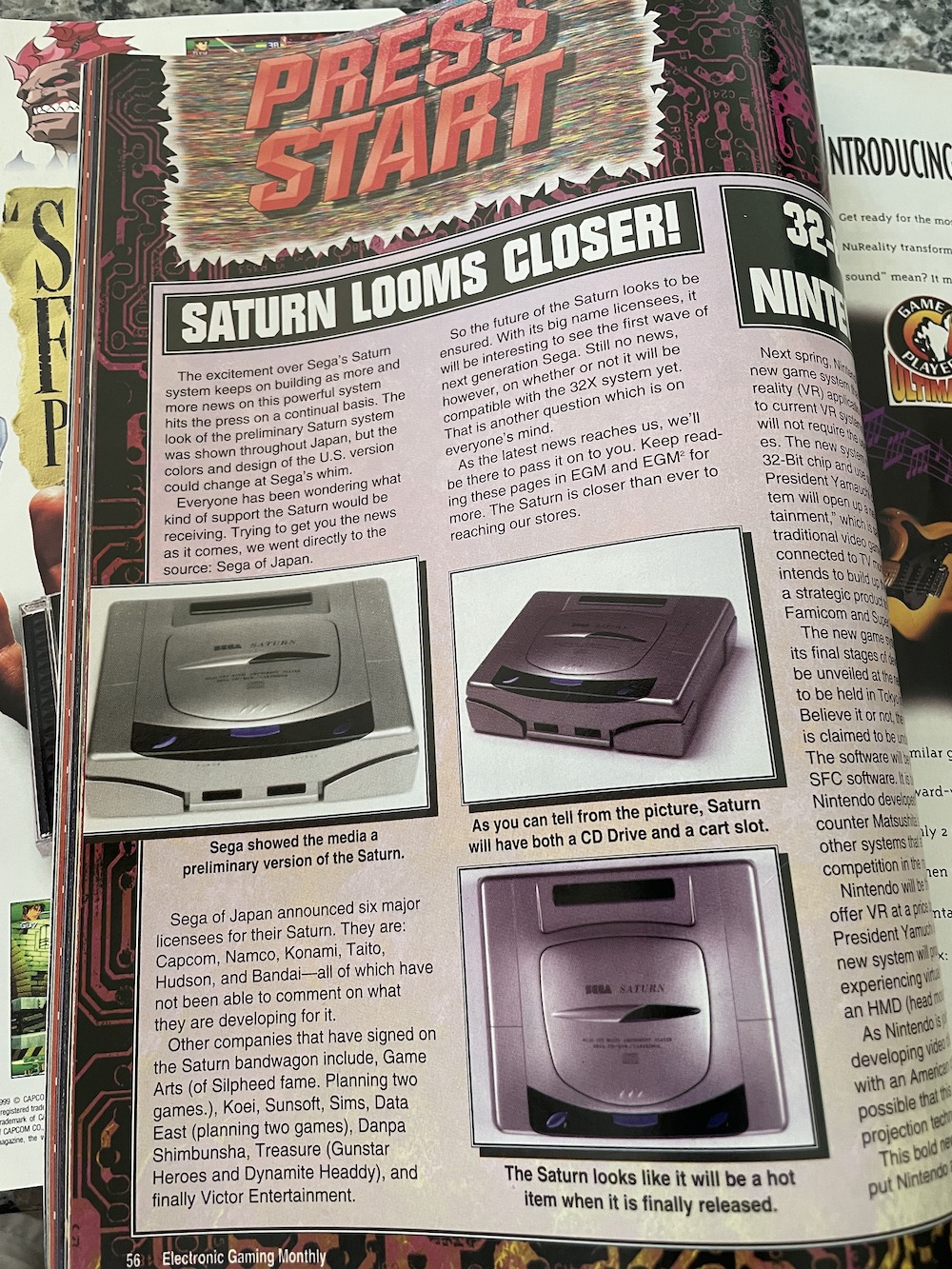 PS: The only way I could display this picture was by uploading it to the site and referencing the link. How in the world do you guys upload pictures? Do you use the Img, or attachments, or what? Please walk me through it because apparently I'm a little slow!
Top

I upload to Imgur and and link the image from there. If I had my own hosting, I'd do it your way, which is ideal.

The silver Saturn looks awesome. If I had a Saturn, I just might paint it to match.
Top

There were so many cool looking things it seemed around this time of around 1994 that were going to come out. The ones that didn’t ended up being cooler than the ones that did. Over the years there’s I’ve found early reviews for games that got cancelled and they look cool, mostly from the unfortunate usual suspects like the Jaguar, 3Do, Saturn. Contrary to this I don’t know what to call it, image lol I have, I was totally hoping Sega was going to win the 5th gen. It’s not as if I had an inherent bias.
Top

Silver would’ve been cool. Of the grey Japanese Saturn scheme. It’d be a fun project. I kinda wanted to make a custom Saturn case to make my own Saturn Classic since Sega won’t.

Seeing “sexy” and Saturn brings back some memories. Who remembers this?