This is why I don't buy digital games. Not being able to play a game I bought because of a server half way around the world is BS.
https://www.windowscentral.com/xbox-net ... may-5-2022

Actually this makes me want to not buy another Xbox console.
Top

Funny enough- I just bought an Xbox Series X this weekend, as my first console of this new generation. (More on that some other time, after I log some more hours.) So, of all the times to set it up, I unknowingly picked during the outage. I thought my new system was broken when it wasn’t working!

To set up the console, you download the Xbox app to your smartphone, connect your console online, etc etc — basically, if it’s something the VGC ever complained about systems doing, Microsoft asks you to do it. Anyway, my Xbox app wasn’t recognizing my Xbox console, and it wasn’t until I searched Twitter an hour later that I learned the network was down.

I’m not too worried about a network outage killing my gaming for a night, because those should be very rare. But this does not bode well for the retro gaming hobby.. if an Xbox Series X is mostly useless without the network,it makes you wonder what happens when the network is permanently shut down someday..
Top

Would you say that situations like this outweigh the GOOD aspects of digital gaming? We have to remember that retro gaming can have its own pains…..
Top

What happens when all the servers for an online system finally go down? There was a time when a lot of naive gamers assumed that when the day finally came, all the software associated would simply become free and unlocked, as if by magic. I think it's safe to say those consoles will became doorstops.

But Voor is right. Even as a very well-organized collector, playing an old game can be a project. Got to hunt down the actual game on the shelves and sometimes the manual if stored separately. Then I have to hook up the old system (if necessary), and it seems like every week there's some random issue with one of my old systems. Finally, have to first put away the previous game(s) I was playing or wires grow out of control.

Just the fact I need to get out of my chair would be a non-starter for a lot of modern digital-only gamers!
Top

VideoGameCritic wrote:...this makes me want to not buy another Xbox console.

Merely owning an Xbox One already did that for me. I feel like it was a doorstop as soon as I opened the box

I swore off Sony consoles after the PS3. Haven't missed them at all.

It's a miracle I stuck with Nintendo, after both my Gamecube and Wii had issues within weeks of buying them new. But they made good and repaired both consoles promptly, and I haven't had an issues with their hardware since. That being said, I don't see myself buying another Nintendo console, either, even though my wife and I get a fair bit of use out of our Switch. It still feels like it's endlessly updating whenever I go to use it.

Even with all the issues older, aging consoles have, they still mostly follow the iMac setup model: 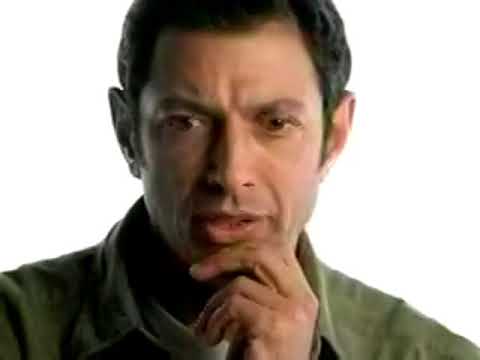 Voor wrote:Would you say that situations like this outweigh the GOOD aspects of digital gaming? We have to remember that retro gaming can have its own pains…..

I think the GOOD of modern systems does outweigh the bad. Us retro gamers are in the vast minority, right?.. I'd guess that like 5 to 10% of gamers, at most, have any sort of "retro" thinking like we do. Once that PS4 goes in the closet, or gets sold, it is never being thought of again. The average gamer could care less if it works in 20 years. They're concerned about the convenience of today, and these current consoles are incredibly convenient, with downloadable games, game streaming services, etc etc. Heck, even I get annoyed when I have to get off the couch and change a disc these days! Stand up?? Nah, I'll just play something else...

VideoGameCritic wrote:What happens when all the servers for an online system finally go down? There was a time when a lot of naive gamers assumed that when the day finally came, all the software associated would simply become free and unlocked, as if by magic. I think it's safe to say those consoles will became doorstops.

I think the older "modern" systems - like Xbox 360 and Wii - genuinely grant you ownership of your digital games. Unless your Wii storage corrupts, you can still play your WiiWare games in 100 years. With new systems, I'm not so sure. I am incredibly big on "preservation" - hoping that all retro and modern games will be playable infinitely into the future - and so this potential loss of functionality is a concern.

But I will say this in Microsoft's defense.. to me, they support longevity of the Xbox brand far better than Sony and Nintendo do of their brands. You can play tons of OG Xbox, 360, and One discs on the Series X. You can also download many of them, even old Xbox 360 indie games that released 15 years ago. They even still support 360 and release free games on it. And get this.. My one hesitation with upgrading to Series X was that I still was working on Mass Effect 2 on my 360. What to do? Microsoft says "no problem". I uploaded my Mass Effect 2 save from my 360 hard drive to the cloud, and then I was able to pull it off the cloud onto my Series X. Pop in my Mass Effect 2 disc, and BAM, I'm playing my 360 game with my 360 save on my Series X, despite the fact that I completely skipped the Xbox One and jumped ahead 2 generations. That's a moment where the retro gamer in me has to applaud the benefits of Microsoft's PC/console mentality.
Top

I have a Xbox series S. It did not work for a couple of days. It was no big deal. Mostly everything is online these days.

I just turned on my firestick and watched movies, also download only. Then played a bit of Steam, again Download only.

What is great is I can do Cloud gaming. I can play my games instantly no faffing around. The good part of the new console revolution.

Would I prefer a 360 option? Where nothing was online? Definitely. Always online is a pain.
Top

Can anyone confirm if the PS5 has similar online DRM to the Xbox Series S/X? Or do purchased games, physical and downloaded, work without an internet connection?
Top
Post Reply
8 posts • Page 1 of 1