50 games, including Sega CD games this time like Popful Mail. Hopefully they localize and release it here!
Top

I like seeing Shining Force CD. I’m sure Alucard can appreciate that. That alone, depending on price, may be enough for me. I also want desperately the arcade game Golden Axe: The Revenge of Death Adder. I’d also like to throw in Die Hard the arcade game as well.

I’m so out of touch with the video game industry now that I can’t even speculate if this will ever come to America. Perhaps some of you dudes who are more intuned can speculate?

Why only 50 measly games? I don’t understand all these retro machines that come out with such a paltry amount of games on them. I had an emulator system that I bought off some dude on this site years ago that had over 1500 games on it. Wish it still worked.
Top

What annoys me is that from the pics you can't tell how big this thing is. You'd think they could show someone holding it.
Top

This article says it is getting a worldwide release:

I was going to ask "who is going to pay $37 for an add-on piece of plastic" but then I realized it would probably be a collector's item.
Top

VideoGameCritic wrote:I was going to ask "who is going to pay $37 for an add-on piece of plastic" but then I realized it would probably be a collector's item.

::raises hand:: I lost track of how long I went looking for the 32X add-on for the Genesis Mini release (still never got it).

If this new Genesis/MD Mini has a translated Popful Mail included, SOLD
Top

What excites me is the very real possibility that we could FINALLY get an English translation of Snatcher! Konami always seems to go all in on the mini consoles, and they offered up an untranslated port of Snatcher for the TG16 Mini.

Whenever these companies withhold the bulk of the lineup, I tend to write down a list of the games that I think will be included. This is what I’ve come up with:

No Lunar? No Vay?
Top

I like Banjo's wishlist. If I could add one more to it, I'd nominate Sega's conversion of Mercs.

I loved seeing Strider and Ghouls 'n' Ghosts on the first Mini (Two more Capcom arcade releases that Sega licensed and ported themselves) and would love to see this one include another one of those classics.

Google Translate might be misleading, but I believe that this features more than the 50 games that western media is reporting.

It reads as if it includes 50 titles from back in the day, with additional bonus games on top of those 50 games, that M2 has newly created for the Mini (Like the Fantasy Zone port that was announced alongside the system).

Which incidentally is the same situation as the first Mini, which included 42 games but only advertised "40 classic games" on the boxart since M2's new Tetris and Darius 1 ports were viewed as bonus content.

VideoGameCritic wrote:What annoys me is that from the pics you can't tell how big this thing is. You'd think they could show someone holding it.

If you own the original, presumably the fake cartridge slot on the Mini 2 shares the same dimensions to maintain compatibility (For the folks that bought the different cosmetic doodads that Sega made available in Japan to dress up the first Mini with, like the fake 32X add-on).

Edit: The reveal stream from yesterday morning seems to support that.

You can see them remove the first Mega Drive Mini from a fake Sega CD add-on and then attach the Mega Drive Mini 2 to the same Sega CD. So it's scaled down proportionally the same amount as the first Mini was.
Last edited by Atariboy on June 5th, 2022, 2:13 am, edited 1 time in total.
Top

VideoGameCritic wrote:What annoys me is... you can't tell how big this thing is. You'd think they could show someone holding it. 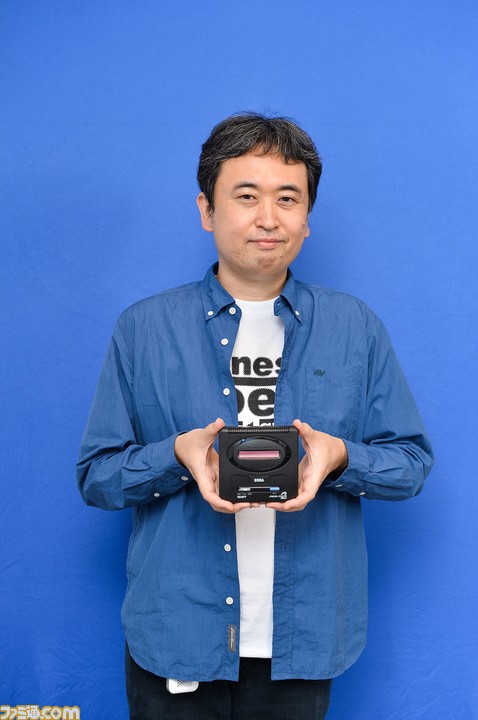