I'm a big fan of the CD-i - it's been one of my favorite systems to collect for ever since buying it circa 2002, when I first learned about the Mario and Zelda CD-i games. Back then, I played and beat Link: Faces of Evil. I loved the hilarious cut-scenes, but otherwise it was a pretty sloppy 2D action-platformer. The second game, Zelda: Wand of Gamelon, is similar in design and quality (maybe slightly better, but not much).

Tonight, for the first time, I finally got around to playing Zelda's Adventure, the last of the three Zelda games on CD-i. I played a little over an hour, exploring the game world and beating the first dungeon. It's easily the best of the three games. Here's my early impressions:

As many know, Zelda's Adventure strays from the platforming route of the first two CD-i games, opting instead for the traditional top-down adventure of Nintendo's early Zelda games. You battle through the overworld, encounter various enemies and NPCs along the way, and ultimately defeat seven dungeons. As an added bonus, the roles have reversed in this game: you play as Zelda on a quest to save Link.

While it deserves some of the mocking it's received over the years, Zelda's Adventure isn't half bad by CD-i standards. Actually, I had a great time playing it. There's real substance to the adventure. The live-action FMVs and voice-acting are frequent and they're a nice touch. Some of the acting is comical -- I legitimately lol'd when enemies in the dungeon yelled at me to go away, shouting their lines like a belligerent drunk guy at the bar -- but I consider laughs to be a good thing in a game like this. Plus, the graphics are nice to look at. Sure, it has its flaws -- each screen takes a couple seconds to load, the inventory seems like a hassle, combat can be unfair and frustrating at times, and dying returns you wayyyy back to the first overworld screen. Despite all that, I was still having fun and want to keep playing. The fun is only boosted by the unintentional laughs and the fact that such classic Nintendo characters are at the center of it all.

Remove the Zelda angle and stick this on the SNES, and it'd be a D or F game. But as a CD-i game with a unique backstory, this is top-shelf booze right here. It's definitely a step up from the first two CD-i Zelda games. It's not "good" in the usual sense, but I loved it anyway. If you're willing to accept Zelda's Adventure for what it is, then you're in for an interesting ride and well worth a shot.
Bottom line: I want to play more, but based on my current playtime, I'm pretty confident that my final grade would land between an A and B. And right now I'm leaning toward the higher end... 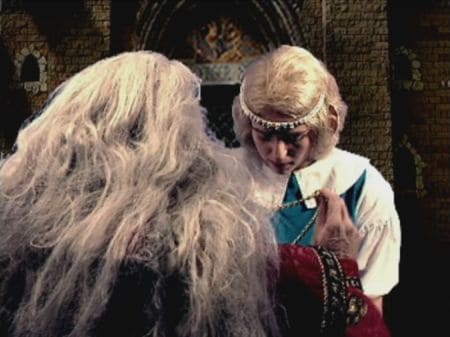 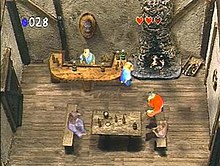 I have this game (probably the most expensive game in my collection!) and I can't say I enjoy it. I even enjoyed the other two games, despite the horrible cutscenes, more. The thing I hate the most in this game is the loading between screens, which makes it a chore to play. Also, I missed a decent map (especially in the dungeons, I think), so it was easy to get lost. No, even by CD-i standards I don't think this is a good game. (And yes, I do think there are some good CD-i games, like The Apprentice.)
Top

CaptainCruch wrote:No, even by CD-i standards I don't think this is a good game. (And yes, I do think there are some good CD-i games, like The Apprentice.)

You're probably in the majority with that view, Captain, as this game rarely gets much praise. The couple seconds of loading between each screen is annoying, but I got used to it eventually. The map does suck, and it's a real pain to access -- I like to check it often, but it's buried two layers into the menu screen. I can imagine it becomes a real hassle to navigate when you get deep into the game. I've already started using an online map on my phone, just to speed up the process.

I played another hour or two since writing my first post, and right now I'm trying to beat the second dungeon. Still enjoying it. Really, I think the only thing that will change my mind is if the combat and puzzles become overly difficult. If I start dying constantly, then forget it. Right now, I do die here and there, but it hasn't been overly frustrating.

Coincidentally, I played The Apprentice for the first time this weekend too, and personally I've preferred Zelda's Adventure over it. Granted, I really like weird/obscure games, so maybe that is subconsciously influencing my opinion here. At one point, I even thought to myself, "Ya know, this game isn't even half bad by SNES standards either"... but maybe I was losing my mind from lack of sleep.
Top

Been curious about this one for awhile, so it's nice to hear your thoughts on it. It looks good, but loading between screens is a bit much. They should've tried to load the current screen & the 4 surrounding screens into the CD-I's memory; that way there'd be no wait. Might've been impossible; I don't know how much memory they had to work with/how much memory each screen takes up.
Top
Post Reply
4 posts • Page 1 of 1