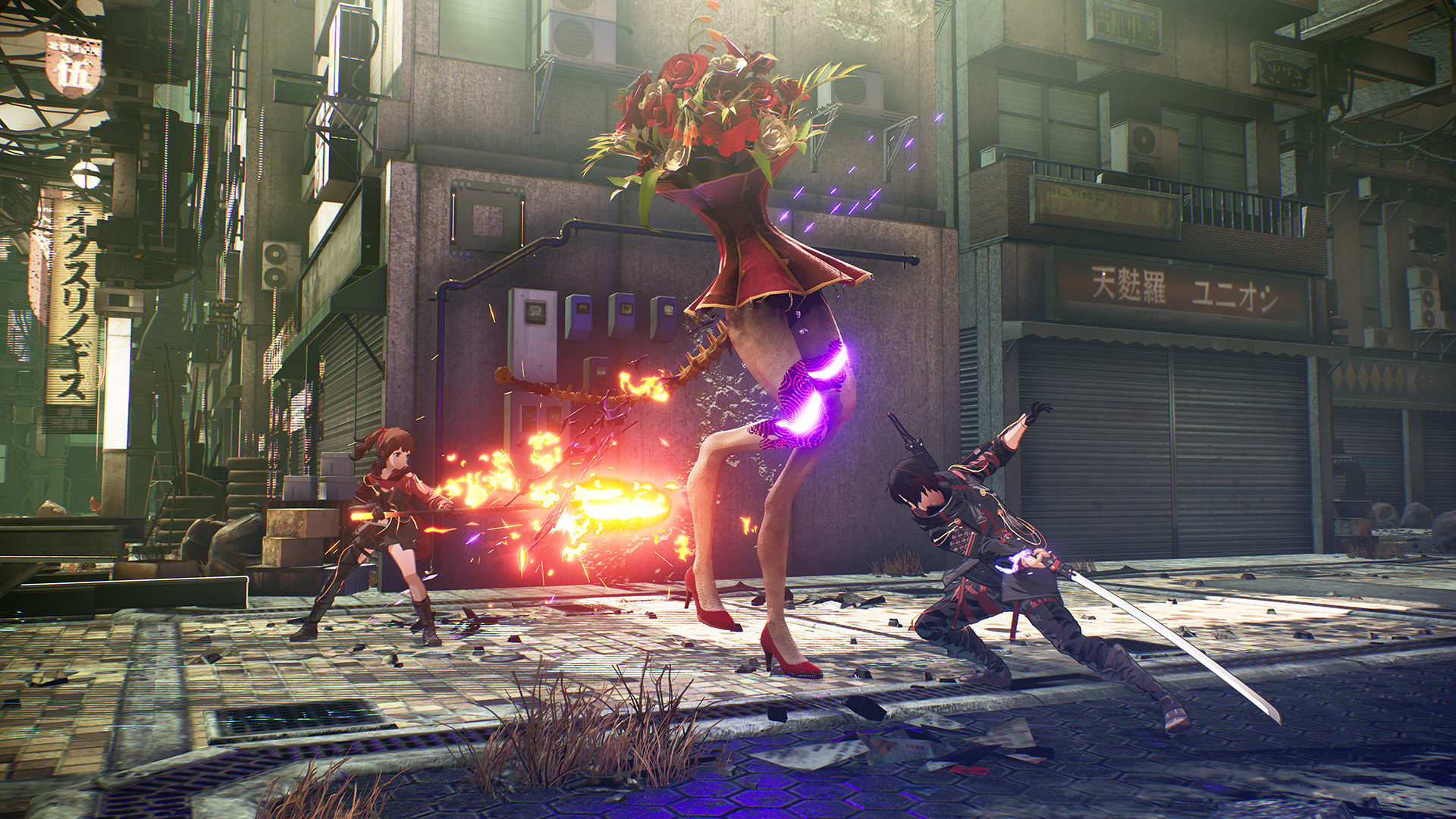 I've had my eye on this game ever since it came out, and being put on Xbox Gamepass provided the perfect opportunity to check it out.

As a huge fan of the Tales Of series, I was hoping that this would be an instant favorite of mine. Basically, SN is what you'd get if you took the art and storytelling of Tales game, but made the combat more like a typical action game.

The combat works fine. Nothing really stands out about it, but its functional. They make a big deal about your telekinetic powers, but really all you do is press a button and the game randomly selects something close to you and hits the enemy with it. The sword combat feels more satisfying, but it's clearly meant to be used as a backup to your telekinesis.

The monsters are...interesting, to put it nicely. When you find yourself fighting a girdle with flowers coming out of the top, and sexy lady legs (complete with high heels) coming out of the bottom, you know that somebody put a lot of thought into designing them. Whether they're SCARY is another matter entirely, but I can at least respect the creativity. The names are stupid, though. Like really, REALLY stupid. Am I supposed to be intimidated by a "Scummy Pool" a "Gunkin Perry" or a "Brawn Yawn"?

But the biggest issue for me so far is the story. It has an interesting setup and likeable (if cliche) characters. Problem is, almost all the cutscenes are presented as slideshows. Still images of the characters in various "I'm doing something!" poses while their mouths move. Frankly, this ruins what could have been an epic story. I just can't make myself care about what's going on when I can't actually see the characters doing anything!

I'm not giving up yet. Even with a bad first impression, I think the game still has enough potential to win me over if it plays its cards right. If it keeps going the way it is, though, I'm definitely not going to finish it.
Top
Post Reply
1 post • Page 1 of 1