Talk about music, movies, television, books, and other media. No religious or political discussion allowed.
Post Reply
9 posts • Page 1 of 1

I really loved the '90s albums thread, so I decided to start a similar thread for the '80s (I'll also do one for the '70s as that's my 2nd favorite musical decade after the '90s). I have somewhat limited experience with this decade's music compared to the '90s, but I can still list a few favorites:

I also was a little too young for this decade, although I remember the late 80’s. Inspired, this thread has inspired me to listen to death metal and grind core for the first time extensively since my early 30’s.I’ve been listening to Altars of Madness. Since it’s already been mentioned I won’t include it.

Managed with difficulty to narrow down my top ten. A perfect match for the film. Only The Fall (meaning Mark E. Smith, really) can be this unhinged and lucid at the same time. This album lurks behind you while you listen to it. Fascinating exploration of musical theory and unfamiliar traditions, played with some of the most deceptively "real" sounds to come out of a synthesizer in the '80s. The closest Rush ever came to firing on all cylinders for a whole album. Would be a place or two higher if the song "Witch Hunt" didn't fail so hard at being scary. De la Soul Is Dead is my favorite rap album ever; this is merely my favorite of the '80s. A colorful cornucopia of style and smarts. 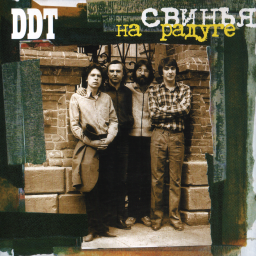 Illegal Soviet underground rock by a band that would conquer Russian radio in the next decade. Crazy space alien metal. I gushed over this album more than enough in the metal thread; I don't need to repeat it all here. A lovely, autumnal album by a band that seems strangely overshadowed by its contemporaries. Clean and clear as a cool morning walk in the woods.
Last edited by Stalvern on April 20th, 2019, 12:33 am, edited 1 time in total.
Top

In no particular order...
Top

Here’s some of my favorites thus far.

Quite a few of mine have already been mentioned. Surfer Rosa, Thriller, Invisible Touch, Songs From the Big Chair, Purple Rain, and damn, someone even mentioned Thompson Twins' Into The Gap. With those out of the way...

The 80's! Now we are talking. Probably the greatest decade of all time! Of course I grew up in that decade so I am sure nostalgia has something to do about that opinion.

And many more! Seriously, if you are a music fan and have never given them a shot, check out some music from Big Country and New Model Army. Cheers!
Top
Post Reply
9 posts • Page 1 of 1