Talk about music, movies, television, books, and other media. No religious or political discussion allowed.
Post Reply
5 posts • Page 1 of 1

Many of us appreciate a good pumpkin beer this time of year, but since they tend to be very high alcohol content, many have a bit of a "bite" to them.

Well, I think I've discovered the ideal pumpkin beer. All the flavor and alcohol (8.6%) but since it's nitro, it's extremely smooth. I find this very appealing! GIve it a shot. Nice can design too!

DISCLAIMER: VGC NOT PAID FOR THIS AD!
Top

If it's beer I'm all in. I will have to check and see if it is locally available.
Top

VideoGameCritic wrote:Many of us appreciate a good pumpkin beer this time of year

I had no idea this was a thing. Why am I only just learning this is a thing!?
Top

Well, we trust you for game reviews, might as well trust you for beer too. Hard cider is my go-to during the fall, but I'm always up for a new pumpkin beer too. I was in a package store last night and picked up the Pumking Nitro. I agree with you, really good pumpkin beer. Stronger taste of cinnamon that most others I've had. My go-to is usually the Blue Moon Harvest Pumpkin Wheat. But I might like this Pumking Nitro better. Not sure how I've never heard of this one. Check out this Top 100 Pumpkin Beers list from BeerAdvocate... the original Pumking is #8 and has far more votes than any other beer in the top 100, so it must be pretty popular:

Tip for pumpkin beer: Add a sugar/cinnamon rim to the glass by putting the glass in the freezer til cold and then dunking it onto a plate of cinnamon and sugar (if it doesn't stick, add water to the rim). Adds even more flavor to the beer.

Another good fall drink: Heat up apple cider to make hot cider, and then add Fireball whisky to it.
Top

I got a bit hooked on these and ended up trying the full Southern Tier lineup of pumpkin beers. All are very good. Here's how I'd rank them from very best to lesser best:

1. Pumking Nitro - Usually nitro beers are known for sacrificing a little taste for smoothness, but I actually prefer the taste of this one over the regular Pumking. The pumpkin flavors are stronger in it as well, especially cinnamon.
2. Cold Brew Coffee Pumking - I've tried coffee stouts before, but this is the first time I've tried coffee flavor in an ale.. and it's really good. The coffee and pumpkin pairing is a bit unusual (the coffee takes center stage, while the pumpkin is more subtle), and it's not for everyone, but I recommend this one. Great beer to pair with brunch or dessert.
3. Warlock Imperial Stout - IPAs in the summer, stouts in the winter -- those are my go-to beers. Warlock is a pumpkin stout, and a very good one, that gives me an excuse to get started early on stout season.
4. Pumking Imperial Ale - As a straightforward pumpkin beer, this is one of the best I've ever had. Even though the alcohol content is over 8%, you don't notice - tastes great and easy to drink. Still, the pumpkin flavors are more subtle than I expected and, even though this is top-notch pumpkin beer, I personally preferred the other options. 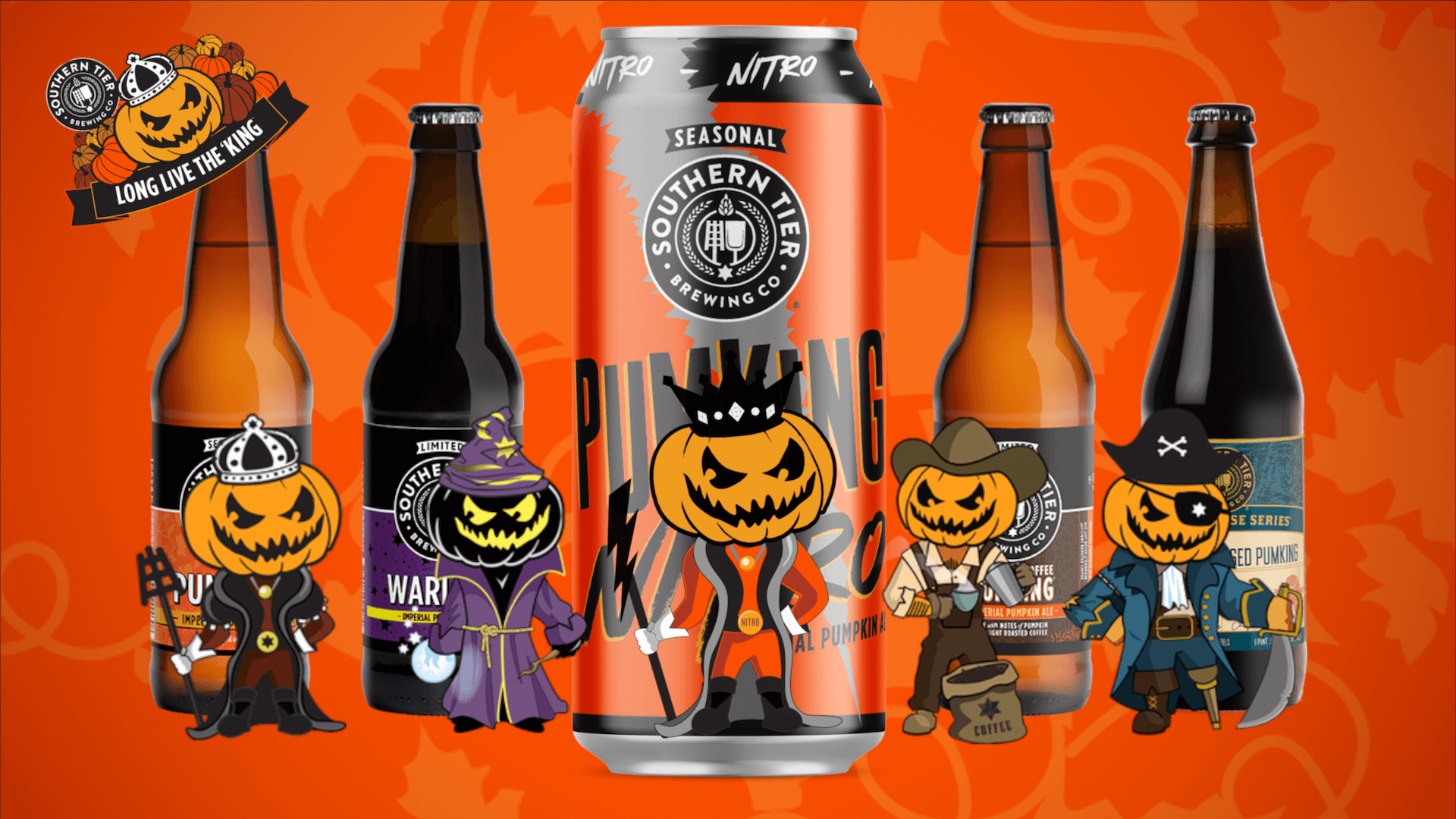