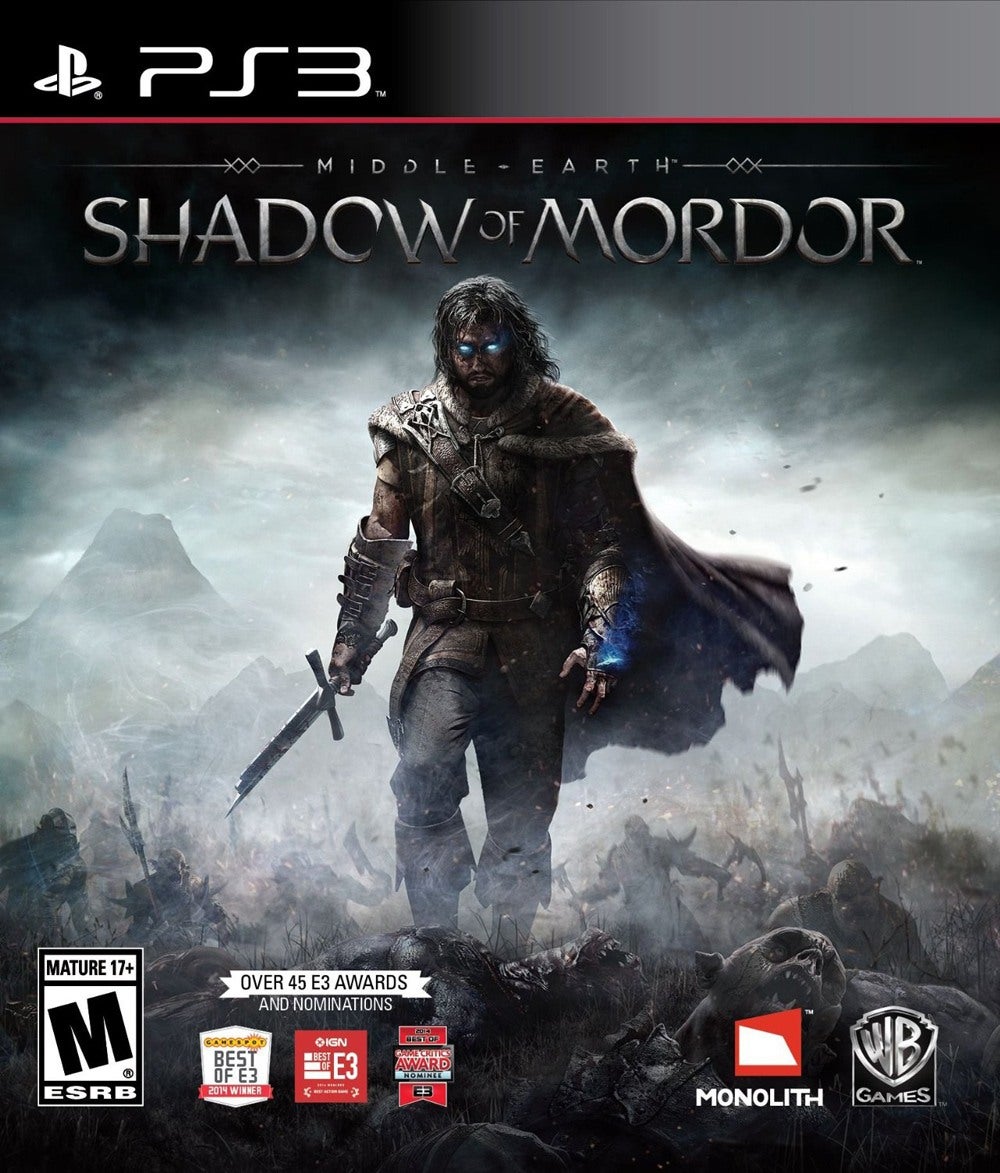 Man. Man, oh man, oh man. Where do I even start with this? I can’t remember the last time was this disappointed in a video game. I was excited to play Middle Earth: Shadow of Mordor ever since it was released, but I held off until it went down to $14.00 used before finally getting it. You know what? That was a good decision, because I can’t tell you how unbelievably pissed I would be if I’d bought this broken piece of trash for its full $60 price tag.

Shadow of Mordor, often described as being the perfect mixture between Assassin’s Creed and the Batman: Arkham games, got glowing reviews all across the board— or, at least on the next gen consoles. Turns out, the last gen versions of the game (or, at least the PS3 version) is terrible. It’s a real shame too, because when it works you’re able to get a taste of just how awesome this game should be. When I first tried the game, it started out working buttery smooth, but over the next hour it began chugging harder and harder. The frame rate began to stutter, textures took forever to load (more than once I found myself walking on a completely blank gray surface), and eventually the game just froze altogether. I tried again, and the process started over, and ended up freezing a second time at right around the same point in time. So I figured I must just have a bad disc, and the next day I took it back to the store and exchanged it for another one. When this disc displayed the exact same problems, I finally figured out that it was the game itself, not the disc, that was broken. It was like the game was a windup toy. It always starts out good, but the longer it goes the slower it gets until it just crashes.

The load times are terrible, and they’re EVERYWHERE. WHY DO I NEED A FIFTEEN SECOND LOAD SCREEN JUST TO PAUSE THE FREAKING GAME?! At one point I had to watch a cutscene that should only have been about ten seconds long, but it took over a minute because kept taking me back to the load screen in the middle of it. The audio stutters just as bad as the frame rate, and there were times when I could kill a bad guy and run halfway across the map before the game caught up and gave me his dying sound effects. I managed to play for a whole two hours before finally giving up.

I usually go into a lot more detail than this in my reviews, but I’m not going to this time. I won’t bother telling you the story, the game mechanics, or anything like that, because I’m not writing a proper review for this game. As disgusted as I am by Warner Brother Games for releasing a game this unplayable, I can’t deny that when it works, it works amazingly well. I hear Shadow of Mordor plays much better on the PS4, so I’ll definitely pick it up again when I finally upgrade, and then I’ll write a real review for it. As for the PS3 version, I intend to take it back to the game store, again, and trade it for something worth my time and money.

Re: Middle Earth: Shadow of Mordor for PS3

thanks for the review. I have it on xbox 1. It plays like a dream. Well if you dream of assassins creed that is.
Top

Re: Middle Earth: Shadow of Mordor for PS3

Man, the PS3/Xbox 360 versions of Middle Earth: Shadow of Mordor is a prime example of when you do not try to sabotage the far superior PS4/Xbox One/PC editions. As the ports where pure garbage with bugs/glitches/frame rate problems/audio clipping/long load times/a castrated nemesis system/does not have all the DLC support, etc. It makes me wonder why WB Games/Monolith Productions would bother outsourcing the last gen ports to a cheap shovel ware developer Behaviour Interactive. as the game was just too ambitious/demanding for the old consoles!

Thankfully, the ports bombed hard and sold poorly compared to the PS4/Xbox One/PC editions, with the GOTY edition re-release being next gen only. And thankfully, WB Games decided to drop the last gen ports of Dying Light before last gen Mordor showed up, and later Mad Max 2015 game and Mortal Kombat X as the games where just to demanding for the decade old consoles in the end.

It not the same as Watch Dogs/Destiny where the last gen/next gen versions where mostly identical and ruined the games over for the weaker hardware in contrast ruining the true next gen potential that was advertised prior to release of both games.
Top
Post Reply
3 posts • Page 1 of 1