(Unfortunately, due to real-life shenanigans, this review is not up to my usual standard of quality; however, given the circumstances, I think it turned out well. Enjoy!)

There is a sequence towards the end of Star Wars: The Force Unleashed where the main character, known only as Starkiller, must pull a massive Star Destroyer out of orbit using only the power of the Force. This was meant to be one of the most iconic moments in the game, was featured heavily in the marketing, and is even depicted on the box art. The scene gets its own setpiece, with a dramatic background, a squadron of TIE fighters to fight off to build tension, and encouraging words from Starkiller's allies. Starkiller begins to rotate the ship and bring it down, and even though I was essentially playing a glorified Quick Time Event, I felt like I was using Starkiller's incredible potency with the Force to do something truly insane. I was proud.

Then the TIE fighters came back to ruin the moment, and the process repeated itself for thirty more agonizing minutes until the Star Destroyer was finally sent crashing down.

This sequence represents the central problem I have with what could have been an extraordinary game. The Force Unleashed wants to be an escapist power fantasy, as it encourages cathartic moments where the player gets to use and abuse The Force on hapless grunts, or pull gigantic ships out of the sky. However, it also wants to be a challenging character action game that rewards players who are skillful and stylish. To quote the old saying, you can't have it both ways. Not even the creative Force powers, beautiful graphics, surprisingly good story, or well-developed characters can make up for The Force Unleashed's sluggish lightsaber combat, frustrating camera, awkward platforming and litany of technical issues.

STORY
The story of The Force Unleashed takes place between Revenge of the Sith and A New Hope. While hunting down rogue Jedi who escaped the mass executions of Order 66, Darth Vader finds the son of one of these Jedi, who seems to be very talented with the Force. Vader decides to train the boy as a secret apprentice, and Vader names him Starkiller - a reference to Luke Skywalker’s original surname in early versions of the Star Wars script.

Fast forward several years and Starkiller has joined his master in hunting down the last remains of the Jedi Order - most importantly Rahm Kota, a former Clone War general who preferred using his own militia. Joining Starkiller is his droid PROXY, who Vader uses both to communicate with Starkiller from a distance and to train him; and Juno Eclipse, an expert Imperial pilot who may not be as aware of the Empire’s ambitions as we’re led to believe.

As Starkiller thins out the Jedi’s ranks, it soon becomes clear that there is a grander conspiracy at play. Without giving too much away, Starkiller finds himself in a three-way war between Vader, the Emperor, and a burgeoning Rebel Alliance, which quickly becomes the sort of gripping political intrigue that the prequels never quite managed. 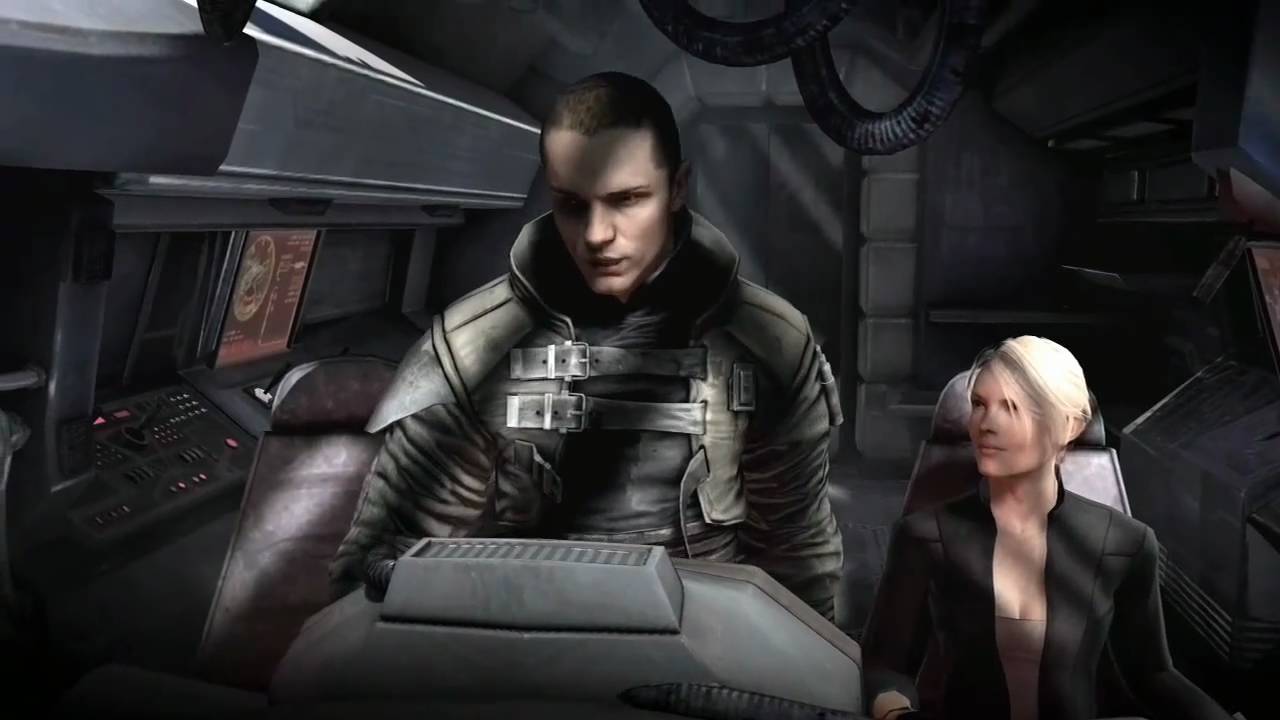 For once, a Star Wars game has its story as its strongest foot forward. The new characters are interesting, the writing is funny and sharp, and there's just enough blatant fanservice to please Original Trilogy diehards while also indulging in shameless spectacle. In particular, I enjoyed the banter between Starkiller and PROXY, who seems to have the heart of C-3PO and the bloodlust of HK-47. The standout new character is Rahm Kota, who in one character arc manages to represent the entirety of the Jedi Order. We see him as a haughty, prequel-era Jedi general; a broken man who has abandoned the Jedi way; and witness a rebirth of his faith through Starkiller. We even see some of the compassionate Jedi philosophy embodied by Luke in Return of the Jedi, as Kota still trusts Starkiller even though he's well aware that Starkiller is the same man who robbed him of his sight.

All the voice actors do a great job, but special credit should go to Sam Witwer, who double-bills as Starkiller and Emperor Palpatine. Starkiller gets some of the weaker dialogue in the game, but Witwer manages to make it work by keeping a more natural tone of voice and using deliberate imperfections in his performance to his advantage. Then he gets to chew the scenery as Palpatine, in what is probably the single best performance of the character other than Ian McDiarmid himself. Witwer's ability to absolutely nail a Return of the Jedi-era Ian McDiarmid is uncanny.

GAMEPLAY
The further I played through The Force Unleashed, the more I became convinced that character action games, also known as spectacle fighters, aren't the right genre for a Star Wars game about Jedi. Good spectacle fighters are about establishing long combo strings for high scores, keeping your enemy as helpless (and alive) as possible while doing so. There's also the lightsaber itself to consider. It already stretches belief that the swords, staffs and hammers used by traditional spectacle fighter protagonists could be so weak, and that's doubly the case with Starkiller's lightsaber, whose plasma blade should be able to cut through almost any surface instantly, severing flesh with the lightest touch. This serves to rob the player of much of the potential for feeling as powerful as Starkiller ought to be.

While there are occasional moments that succeed in fulfilling the power fantasy, they are unfortunately marred by LucasArts' attempts to clumsily add difficulty barriers. These include stormtroopers who are mysteriously immune to Force powers, snipers who camp at the opposite side of the map and cause instant knockdown, and the gradual removal of Force-interactive objects as the game progresses. These ideas alone are not particularly sinful, but here, they go against the antithesis of what the game is trying to do: make the player feel powerful and reward them for creativity with their Force powers and lightsaber strikes.

Even if the player is willing to forgive this gameplay conceit, there are other important flaws with the gameplay. The most notable issue is speed. While Vader's casual stride evokes fear, Starkiller is meant to control much faster, with a double jump and dedicated dash button. Several of his character upgrades also focus on his speed, allowing him to attack or use the Force immediately after a dash. Unfortunately, Starkiller does not control precisely enough for this speed to become an advantage. Even worse, Starkiller is strangely slow when it matters most, such as during his standard four-hit lightsaber combo, or the oddly long cooldown between dashes.

Another big issue is crowd control. Having a game focusing on fights so personal, where Starkiller faces off against no more than a dozen enemies at once, serves only to take away from the destruction that someone so potent in the Force should able to cause with a lightsaber. And since many of the most powerful Force abilities like Repulse and Push are Area of Effect, this combination of lightsaber and physics-based Force powers spread enemies further apart, making longer combos difficult.

The Force Powers themselves also suffering from poor auto-targeting, as does locking on to enemies in general. For reasons unknown, Force-movable objects are subject to lock on during lightsaber combat, which makes wide-scale fights incredibly frustrating. The game does get a bit better when dealing with boss fights, however.

While most of my gameplay analysis has been negative, I should point out that the gameplay is certainly capable of making players feel the kind of exciting power rush one would expect from an extraordinary Force user. The opening sequence with Darth Vader is the best level in the game for precisely this reason. It's a true guilty pleasure that can be quite cathartic when played on the easiest difficulty.

CONCLUSION
The Force Unleashed has as much internal conflict as its protagonist. Stiff lightsaber combat clashes with lightning-fast Force powers, while gorgeous scenery wrestles with a surprising lack of polish. While fun at its most cathartic, The Force Unleashed fails to accomplish its obvious goal of being a compelling character action game for the world's definitive science-fiction franchise.

And really, it's a shame.

Thanks for posting this review, I now want to play the game. I played the first level of this game years ago, before I had to return it to the video store. I recently purchased it and its sequel from the Xbox store but I am yet to play either game.
Top
Post Reply
2 posts • Page 1 of 1