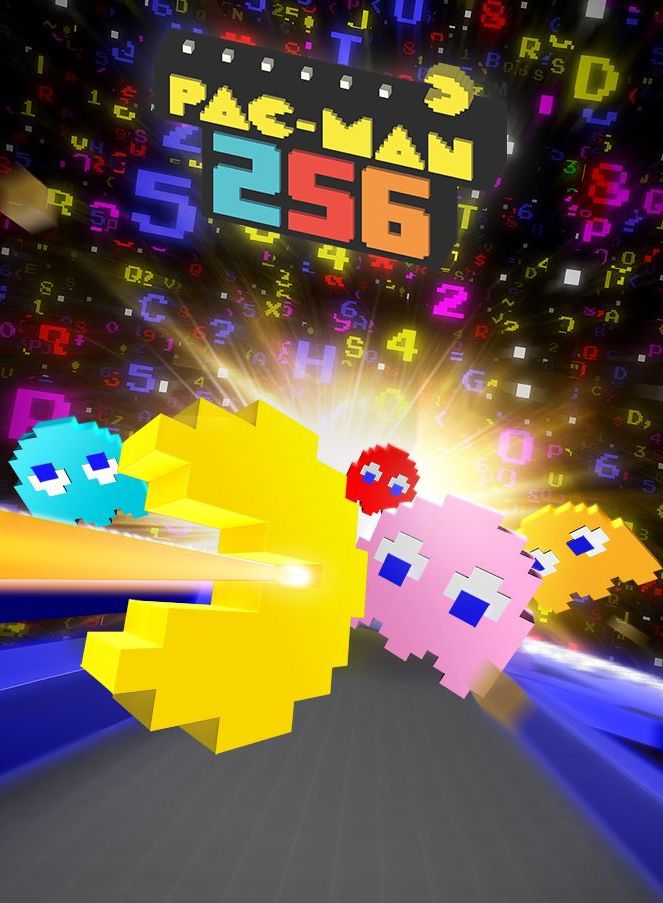 When developing the original Pac-Man game the creators never envisioned anyone having the skill or patience to get as far as level 256. Upon reaching this level the game runs into memory issues. One half of the screen is presented correctly whilst the other half is a jumbled mess of random numbers and characters.
Unable to progress further in the game this bug is one of the most famous in gaming history and is the inspiration behind Namco's fittingly named 'Pac-Man 256'.

In contrast to previous entries, this new title has the player navigating Pac-Man through a never ending vertical maze rather than a static, single screen maze. Eating pellets and fruit items to increase your score, the player must avoid the pursuit of ghosts that will end your turn upon contact. Ensuring that you move upwards at all times is a sea of broken code slowly rising towards the player that will kill Pac-Man if he lingers too long!

Pac-Man 256 is suited to short bursts of 10 minutes but every now and again the player will find themselves appreciating an extended period of game play. Like mastering an instrument, 256 can see one entering “the zone” and exceeding scores that were previously thought impossible to achieve.

Power-ups in this version of Pac-Man are taken to the next level and include lasers, bombs, magnets that pull items towards Pac-Man, tornadoes and the power to transform Pac-Man into a bigger version of himself so that he can eat ghosts.

Multiplayer can be enjoyed by up to four people and, unlike single-player, if one of your team mates gets killed they can be revived. The game keeps score so if you're a competitive group you may want to leave people out of action for as long as possible! Passing over a power up icon activates the same ability for all team mates and can lead to frantic, ghost zapping mayhem.

In summary, for some people the title's main criticism might be that the single player mode lends itself to short bursts of play only, as each death results in a complete restart. Put in some practice however and play lasts longer and becomes increasingly addictive. Pac-Man 256 is a game that you can come back to again and again and it has a multiplayer mode that should be added to everyone's party game rotation list! 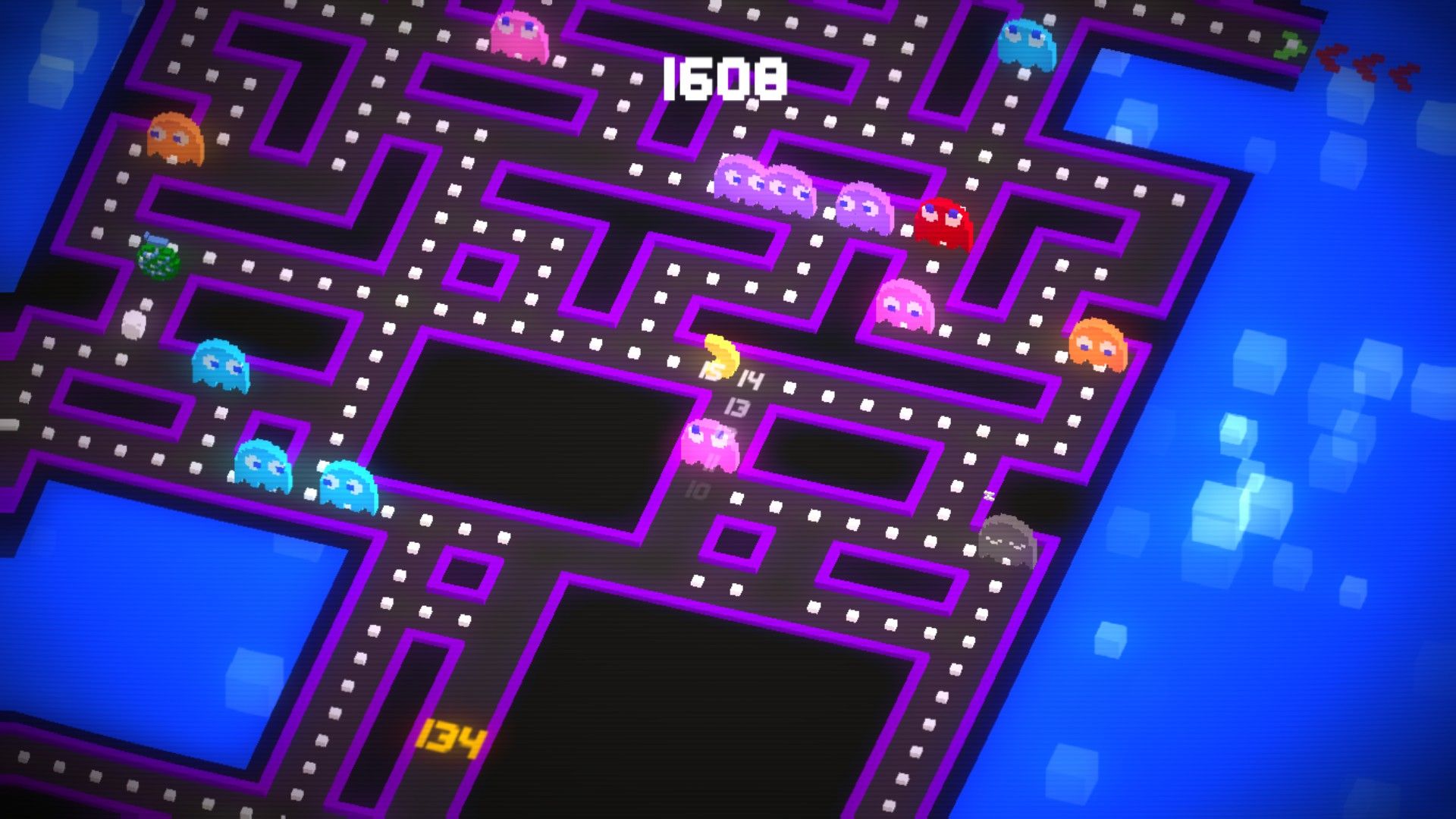 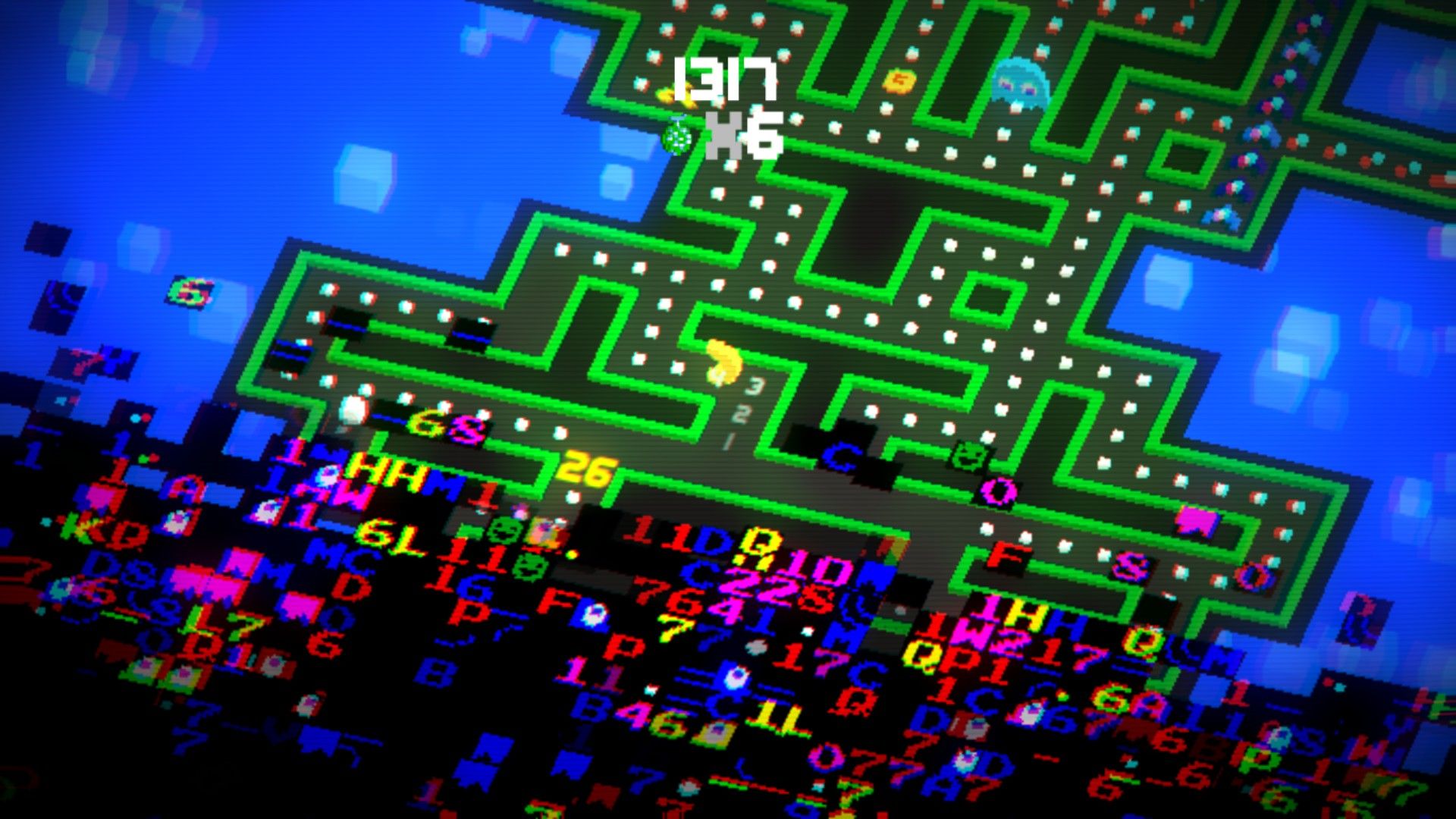