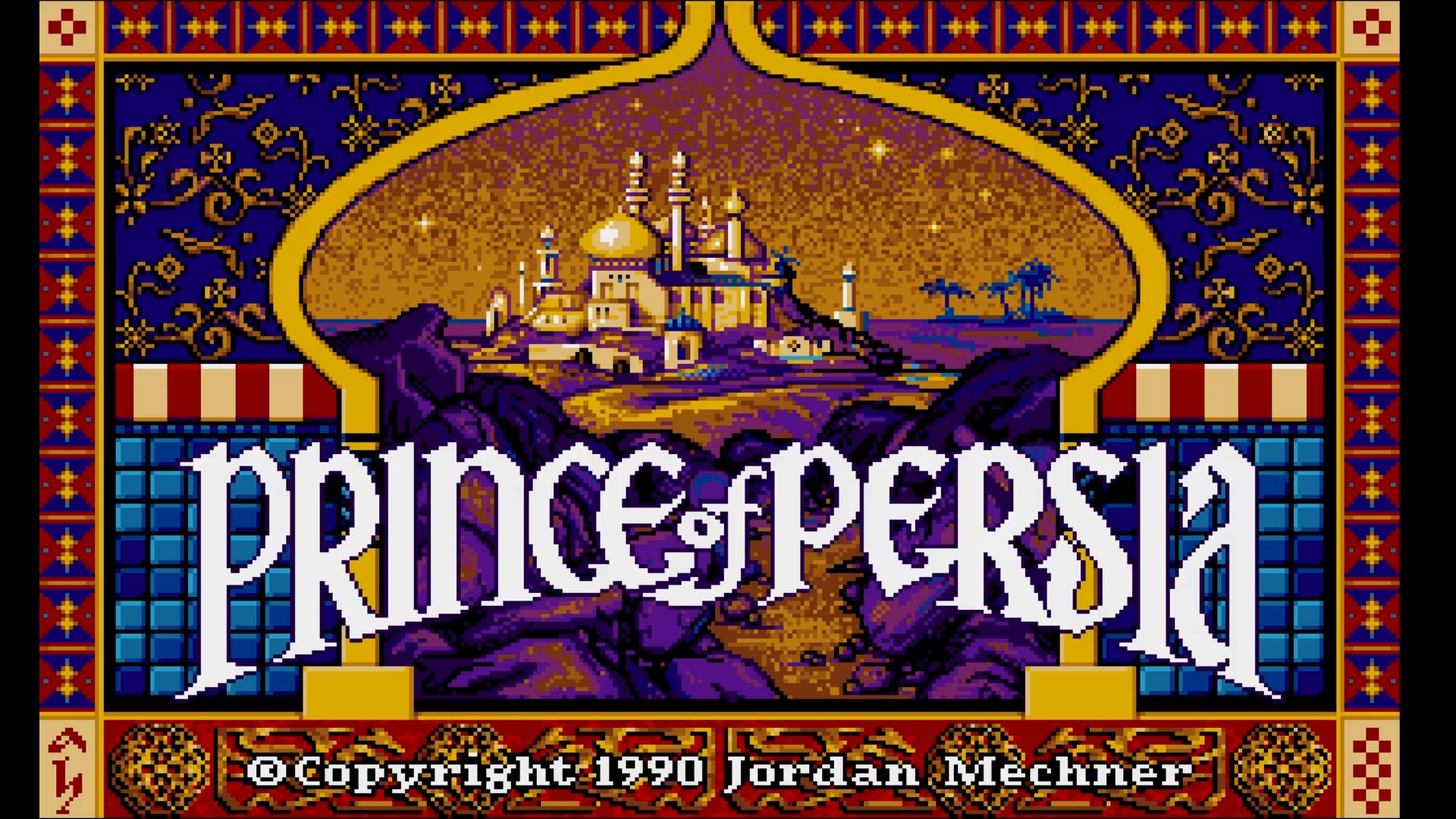 Inspired by the ancient tales of "The Arabian Nights" and Steven Spielberg's "Raiders of the Lost Ark", Prince of Persia borrowed techniques from the animation world (rotoscoping) and developed one of the first games to have life like animation.

Set in Ancient Persia the Grand Vizier has taken advantage of the Sultan's absence and unlawfully imprisoned the Prince. Also detaining the Princess, the Vizier demands her hand in marriage or face death.
With one hour to decide her fate she is unaware that her Prince is navigating his way through the Royal dungeons below.

Playing out this rescue mission in real time (60 mins to save the Princess), the player has to overcome booby-traps such as fake floor panels, spike pits, Royal guards and doors of death that can cut you in two!
Amongst the various dungeon levels are platforms you must reach that demand precise timing of the jump button.
This can be frustrating at first but never feels unfair: it's very satisfying to see our hero pull himself up to safety. Fail this and there's often a deadly drop or pit of spikes waiting below!

Guards defend each level and the sword to sword fight animation is remarkably realistic for a 2-D, 16-bit game.
Unfortunately most encounters look identical but are fun and engaging.
Parrying attacks causes one to move back a step. Get enemies close enough to a platform edge or booby trap and revel in their demise!

The various stages are atmospheric but somewhat drab and too similar looking. It's a shame that later levels didn't involve fighting in a grand Palace or castle steps!
The sound design is simple yet servicable whilst the soundtrack does a fantastic job capturing the spirit of Ancient Persia.

Prince of Persia has inspired many games since its release including 'Another world', 'Flashback' and 2016's 'Inside'. Though simpler than the aforementioned titles, it is as fun to play now as it was back in 1990 and stands out as unique compared to other platformers of the time! 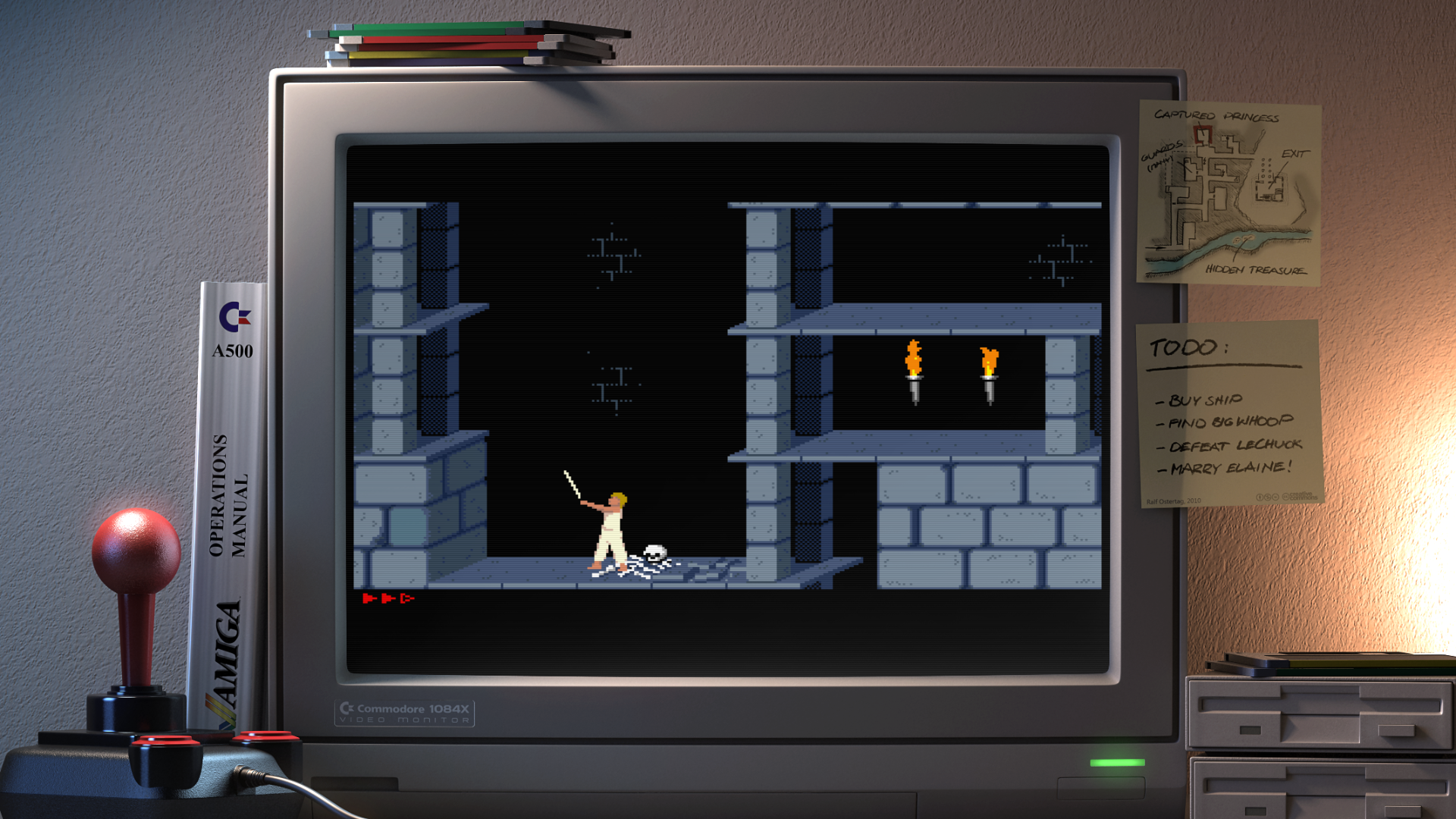 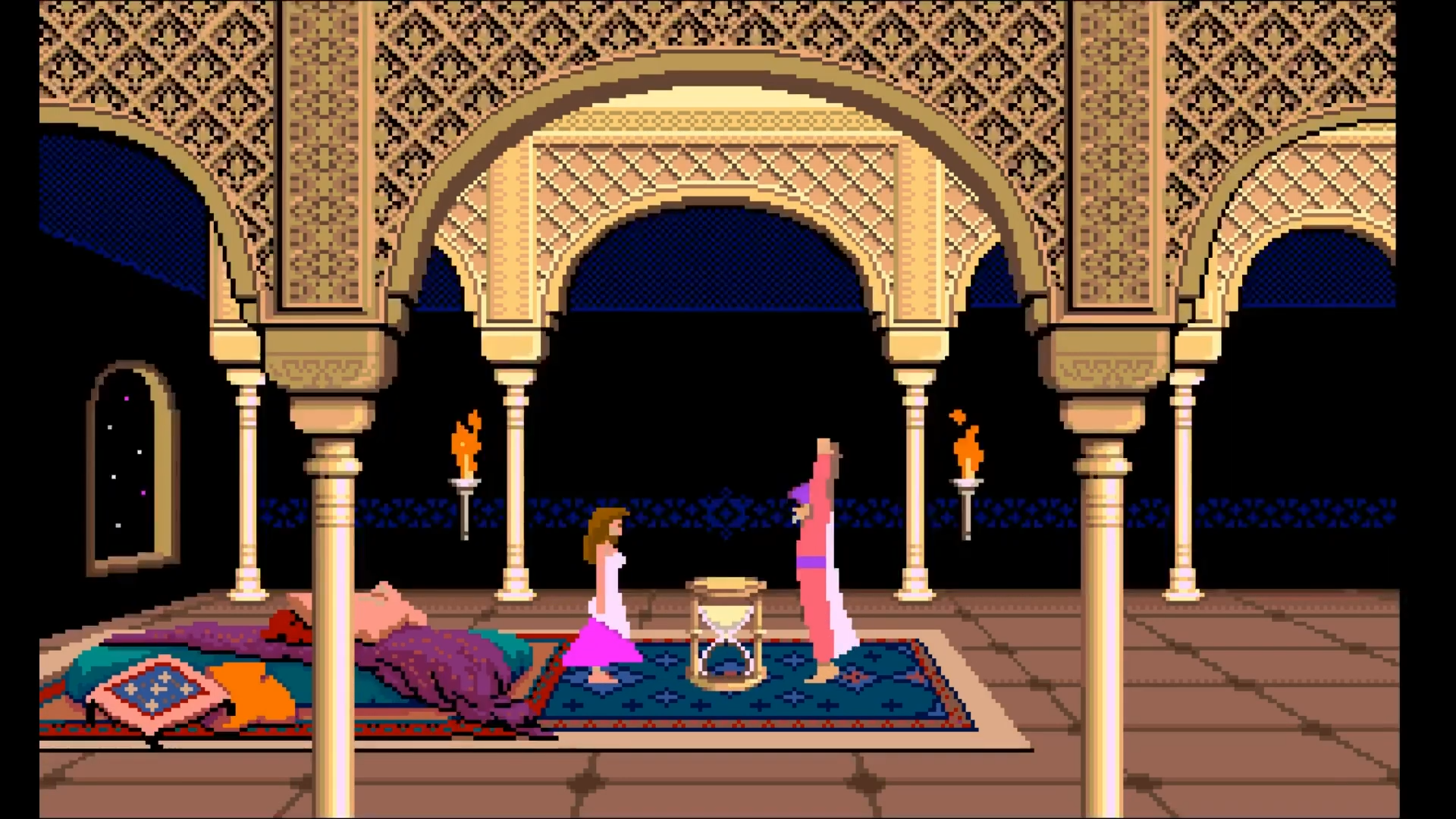 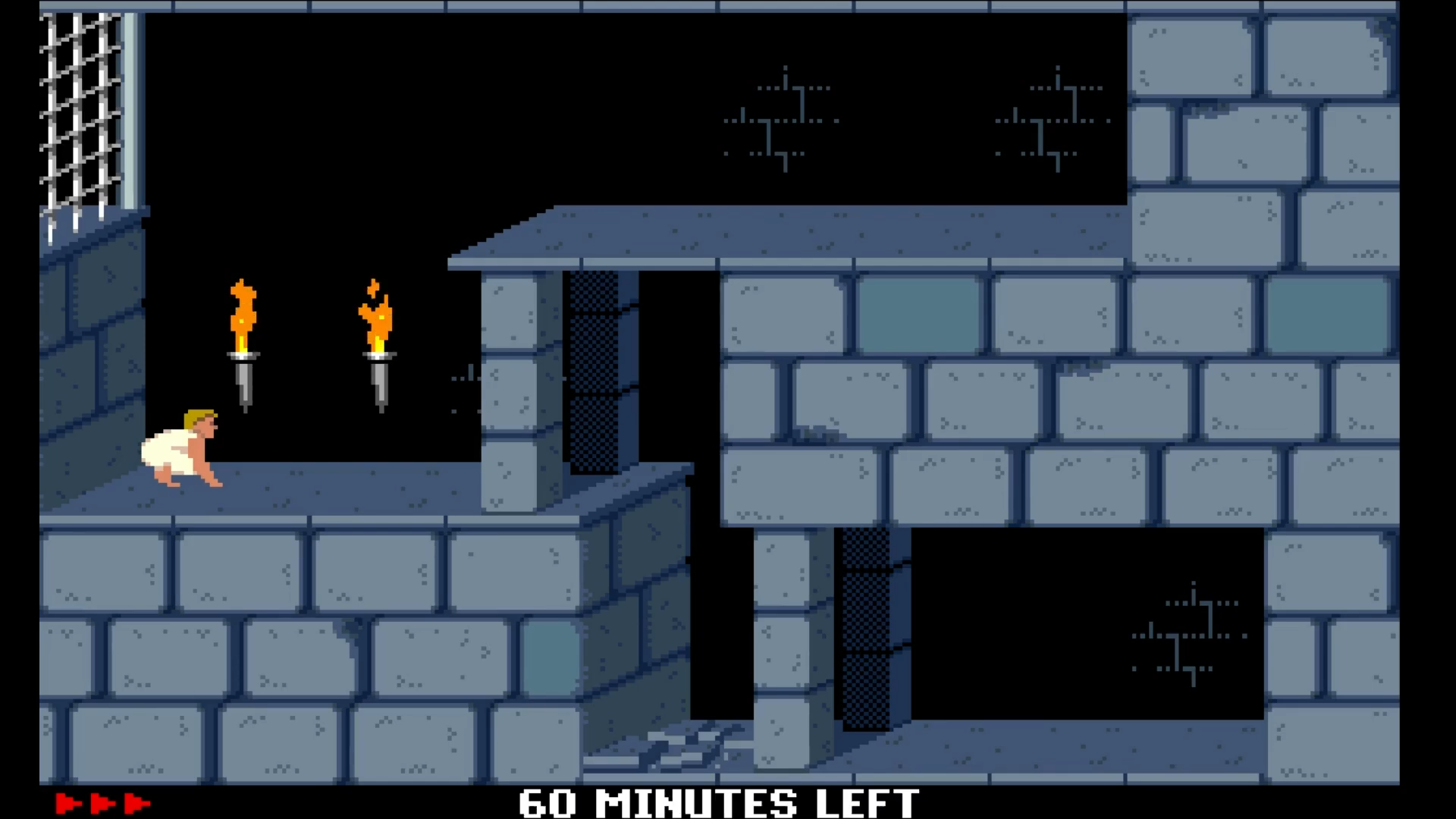 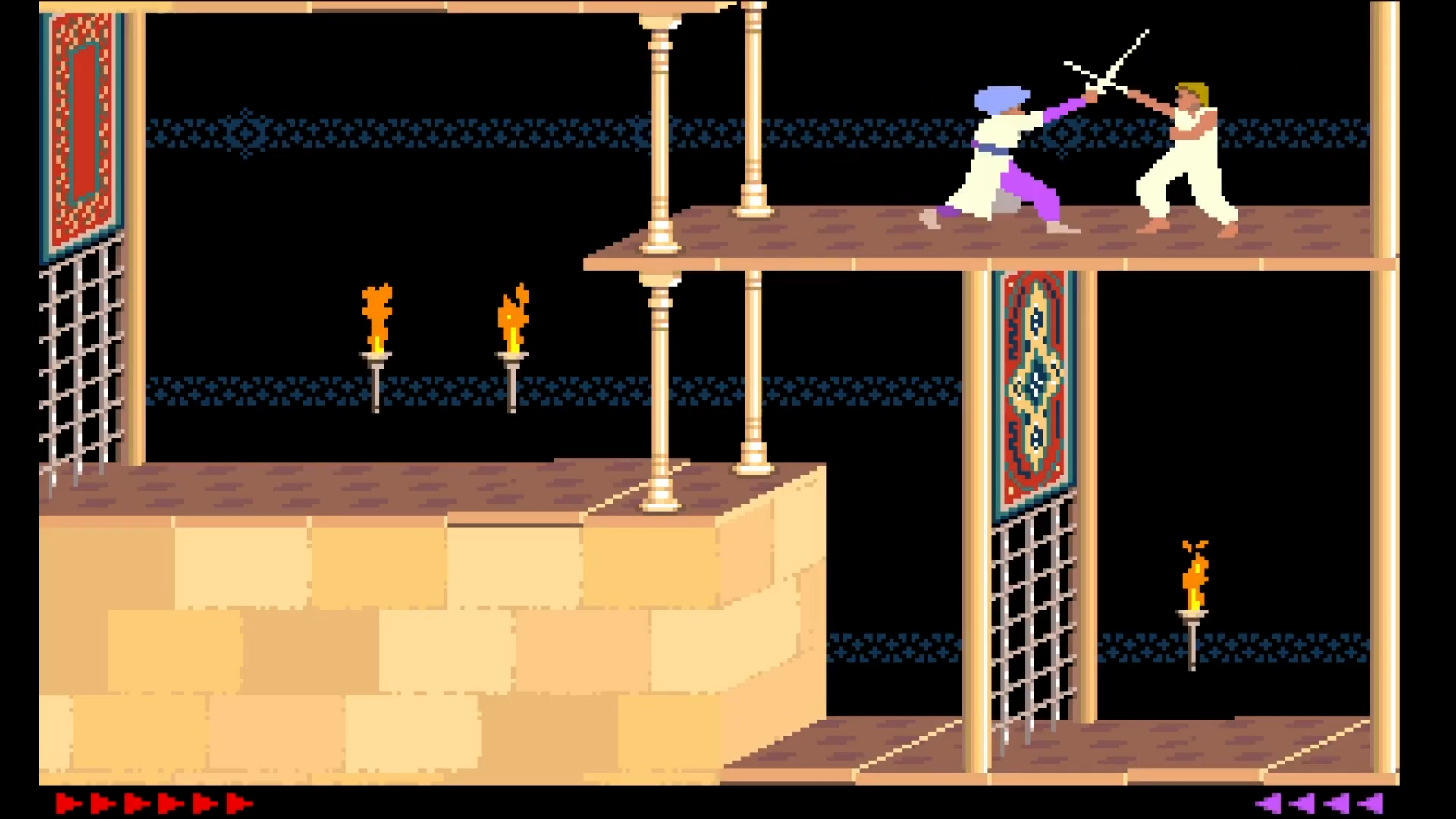 An Amiga Review! You made me smile

I will say your review numbers are really specific. Most of us are familiar with the game from consoles. How is it different, if at all, on the Amiga? I would expect better graphics.
Top

scotland wrote:An Amiga Review! You made me smile

I will say your review numbers are really specific. Most of us are familiar with the game from consoles. How is it different, if at all, on the Amiga? I would expect better graphics.

Thanks for commenting Scotland

Even if it's not articulated upon I like to score aspects of titles as it gives the reader something solid to take away with them.

I first played Prince of Persia on my dad's dos pc (mostly the same as the Amiga version I believe but I haven't played it for nearly 20 years). It was the first title to make me realise that games could be cinematic and have atmosphere; It made me look at computer games in a different way. A few years back I played it on the Megadrive. I enjoyed that version. It had extra levels and an extended time limit I think. The graphics were different and quite nice but I much prefer the Amiga's depiction of the Prince. The Animation is far more fluid than the Megadrive and more lifelike. The music is sparse on Amiga whereas the Megadrive version is so repetitive and mind numbing.
Top
Post Reply
3 posts • Page 1 of 1