by JohanOberg
I've already reviewed this game in video form but now I've actually beaten it too so why not.

BUSHI Seiryuuden ~Futari no Yuusha~ was released in 1997 for Super Famicom by T&E Soft(you might remember them from such Virtual Boy games as Golf and Red Alarm) and developed by Game Freak, one year after the first Pokemon games were released in Japan, so 1997, which is late for Super Famicom.
It's an action-RPG where you walk around on the overworld and battles take place in a sidescrolling view, but they're not action-based as such, it's more like a strategy game... or something. Every battle sets a number of turns, and every step you take and every action uses up one turn. And every time you do something, the enemies do something. You have a sword to attack with, a shield to guard with or shoot, and also a flying animal-looking companion who can pick you up and carry you a few spaces(because this hero can't jump on his own), and later on adds abilities such as attacking further-away enemies, retrieving items, scouting ahead and healing.
I like this system but there's one catch, at first it's fun to challenge yourself to get the lowest amount of turns, and for every turn less than the "par" you get a jewel. The thing is you need 800 of these to be able to beat the game, and that takes a couple of hours of grinding, at least it did for me. 1300 for the best ending which I just can't fathom.
The graphics are quite good, but not much of the music stood out much to me. The story is about the god of the sea being a bastard, four men teamed up to fight him but lost and you're the son of one of them, out to save his sister who's been kidnapped by a giant bird(sounds like Wind Waker, right?).
Anyway the interesting battle system and mix of RPG with side-scrolling was enough for me to want to give the game a B+ but considering my play time ended up at 21 hours when I was quite ready for it to end at around 15 hours, pulls it down to a B-. 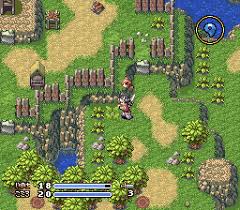 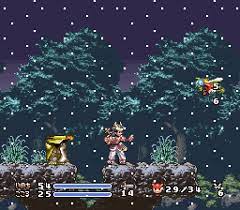 Re: BUSHI Seiryuuden - Futari no Yuusha

by MSR1701
Huh, need to track this down in some version and give it a try.
All times are UTC-05:00
Page 1 of 1
Powered by phpBB® Forum Software © phpBB Limited
https://www.phpbb.com/