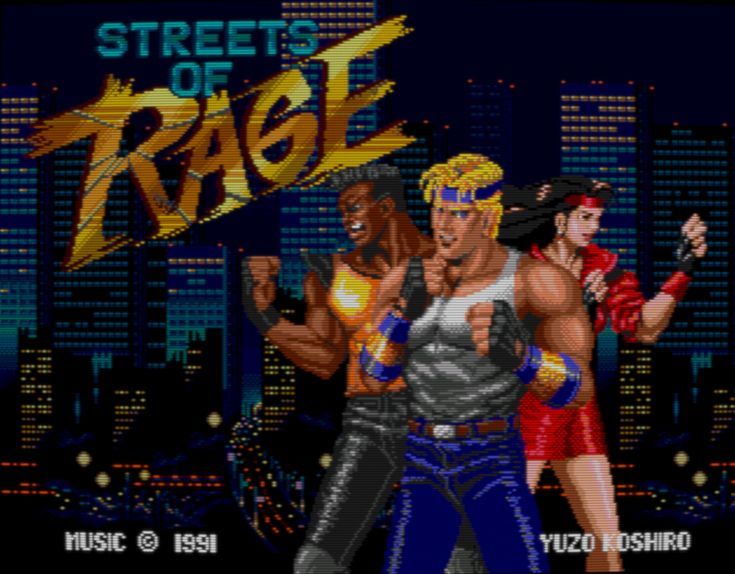 Stuffed with chocolate and various other Christmas treats, my friend Greg and I battled our way through Streets of Rage 2 for several hours. I remember our delight and camaraderie upon completing it but I barely touched the first entry as a child.
Rectifying this youthful error I can confirm that the original is worth your time.

Inspired by the likes of 'Double Dragon', Streets of Rage is a side scrolling beat'em up best experienced with a friend by your side.
Sadly I had to fight this battle single handedly as Greg now lives two hundred miles away and has to stuff his own children with chocolate. It's still a delight to play alone however and there's no arguing about who gets to play as Axel, the barrel chested blonde straight out of the 80's. Alternatively you can choose to play as Blaze - a proficient Judoka, or the competent Boxer Adam, each of whom excel with differing attributes to one another.

Of course there's a story of sorts; a secret crime organisation has corrupted and is terrorising the city, but this only exists so the player can live out their fantasies of being the typical hero prevalently found in 1980's martial arts flicks.

Vengefully roaming the streets you literally fight everyone you come across so the crime chief 'Mr X' did a good job in corrupting this city. Along the way you'll slug it out with hair slicked goons, mowhawk'd punks and rotund, fire breathing bastards.
I'd forgotten just how simple the controls are: one button for jump and one button to attack, yet there are a surprising number of moves at your disposal depending on your situational context and the combat is pure fun. You can punch, kick and knee opponents and even throw enemies into one another. Weapons such as lead pipes, knifes and baseball bats can be found just lying around on the street so it'd be rude not using them to send foes flying through the air. At your disposal is a special attack that can be called in once per life. When activated it comically summons a police car whereupon an officer fires a bazooka out of the window. Hilariously this damages everyone on screen but yourself.

Enhancing the combative experience is Yuzo Koshiro's superb soundtrack. Inspired by various 90's dance tunes and making the most of the Megadrive's music chip, Koshiro's tracks set the pace and intensify the atmosphere.
Graphically you can tell the game is early on in the Megadrive's life span as sprites are relatively small and its animations are somewhat basic. But the graphical style is vibrant and colourful and the city skyline at night is beautifully artistic.

Like the various films that the game is inspired by, it's end sees you battling it out with the gang leader: Mr X. Immediately previous to this encounter was the most disappointing aspect of the whole game: facing off against two back flipping Cynthia Rothrock wannabes, whereby the rules of combat were different to all previous encounters and took too many attempts and continues to defeat. As a child it may have been too great a challenge!
However, this drawback can't hide the fact that Streets of Rage 1 is still very fun and can be incredibly satisfying to play more than thirty years after it's release. 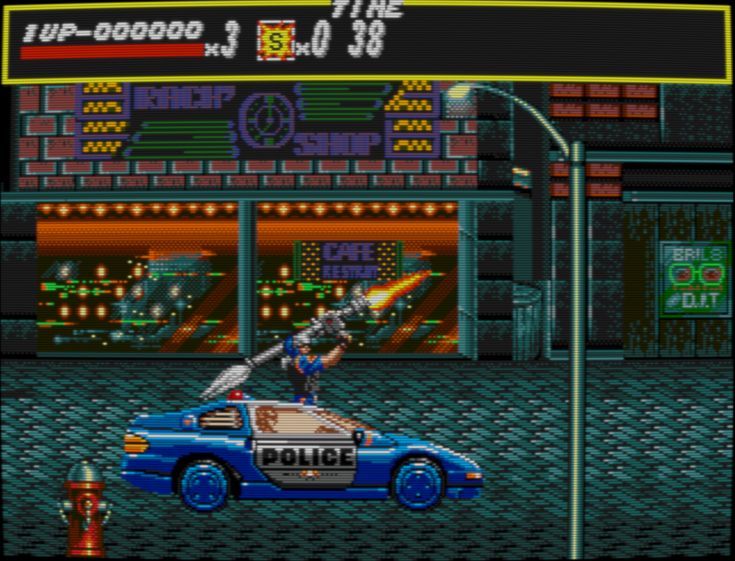 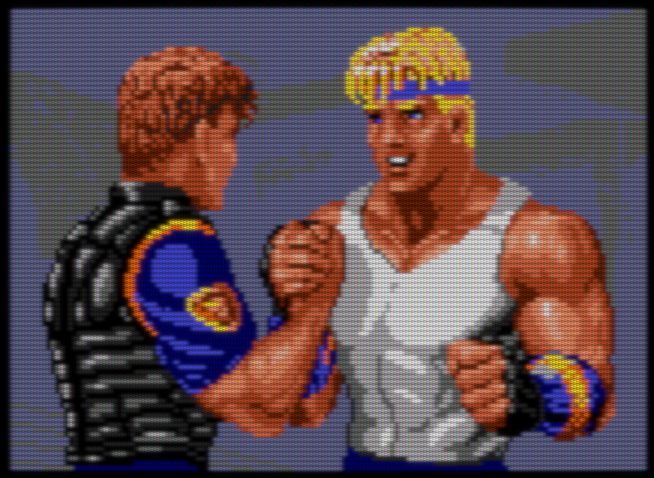 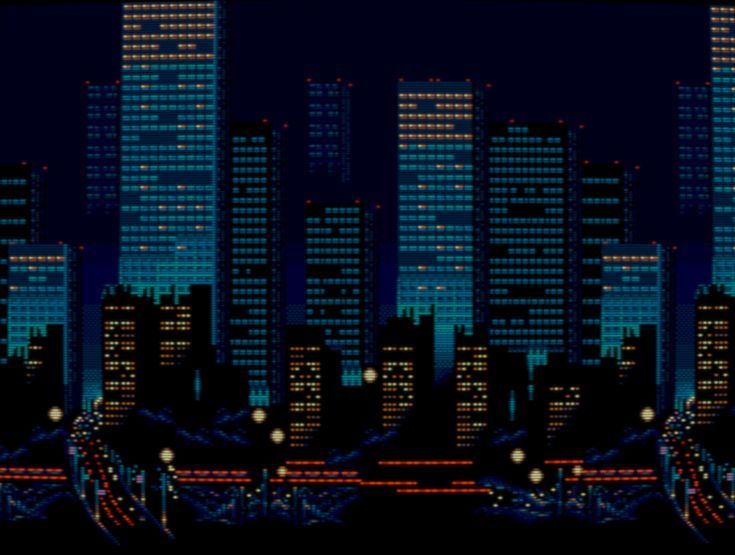 Great review! I agree 100% this game is a bonafide, awesome classic that will never die. I always loved playing any of the trio, their all great in their own way. Arcade beat em up action at its finest! The stages and music all scream 90's and I love it all the way. I also agree that those two girls are the most annoying bosses in the entire game, who knows how many lives I went through with those chicks. I never wanted to get the bad ending where you become the new crime lord, it'd be too much of a burden. My favorite stages were 3, 5, and 7. 3 since it's on a beach, 5 since the boat music is a blast, and 7 since you can throw foes off the elevator! Of the weapons, mine was always the baseball bat, unlocking your inner Casey Jones. Even after I beat it, I keep coming back to it. No wonder this was on the Critic's top 50 list.
Top

Fun read. This is a game that's more than the sum of its parts.
I mean, on the surface SoR4 has much better graphics and audio, yet I'm prefer to play this any day.
Maybe the best soundtrack in video game history? Am I wrong?

Great pix by the way. I don't even know how you do that.
Top

I guess I'm going to have to go back to this one. I played SoR2 first and this felt simplistic and janky in comparison - I remember feeling like I didn't even know if I was actually hitting anyone, just sort of aiming for where a hurtbox should be. I even tried to beat SoR4 with one of the bonus characters from SoR1 and gave up out of boredom. I later played SoR3 and 4 and they're both great (although I really need to go back and finish 3). Maybe I just wasn't giving it my full attention or maybe it will make more sense now that I've played all the others. I also want to hear the soundtrack, since I consider SoR2 to be probably my favorite video game soundtrack ever (or top 5 at the very least).
Top

One of the best soundtracks ever made, I've played this game countless times and I have to say I like it more than Street of Rage 2 which is a bit too Final Fight-ish, the first one has more personality I guess, that urban gritty places were more appealing than those weird locations on SOR2 imo, and you could call the cops for special, how awesome is that?
Top

Thanks for the positive feedback guys. I wasn't sure if I'd enjoy this game. I thought that it would be a step back from it's sequels and be too antiquated to enjoy; boy was I wrong. It is clunky but it is charming and very enjoyable. From memory I still prefer Streets of Rage 2 but there is a lot to love with what's going on in the original. With regards to soundtracks, I'm relying on my ageing memory as to wether SOR2's soundtrack is better than SOR1. 'Going straight' (SOR2) is one of my favourite videogame songs of all time but I cant remember the rest of the tracks very well. I'll have to play through the sequel soon.
Top

VideoGameCritic wrote:Fun read. This is a game that's more than the sum of its parts.
I mean, on the surface SoR4 has much better graphics and audio, yet I'm prefer to play this any day.
Maybe the best soundtrack in video game history? Am I wrong?

Great pix by the way. I don't even know how you do that.

Thanks Critic. I use Pinterest to host the images for my reviews. One day my writings may be pictureless if their site disappears but it's great for showing higher quality images than your website allows.
If You are interested in doing something similar you just click on the Img button and link said image hosting website. 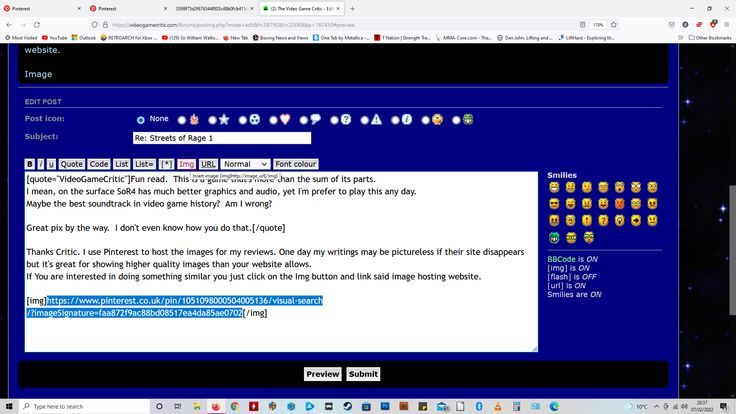 Buttermancan wrote: I use Pinterest to host the images for my reviews...

Thanks for this. Plenty of others on these boards have had trouble posting their own photos - myself, included!

I may have to look into this "Pinterest" thing you speak of...
Top

Buttermancan wrote: I use Pinterest to host the images for my reviews...

Thanks for this. Plenty of others on these boards have had trouble posting their own photos - myself, included!

I may have to look into this "Pinterest" thing you speak of...

You'd probably be able to use other sites as well but as you can see I've had success with Pinterest.
Top