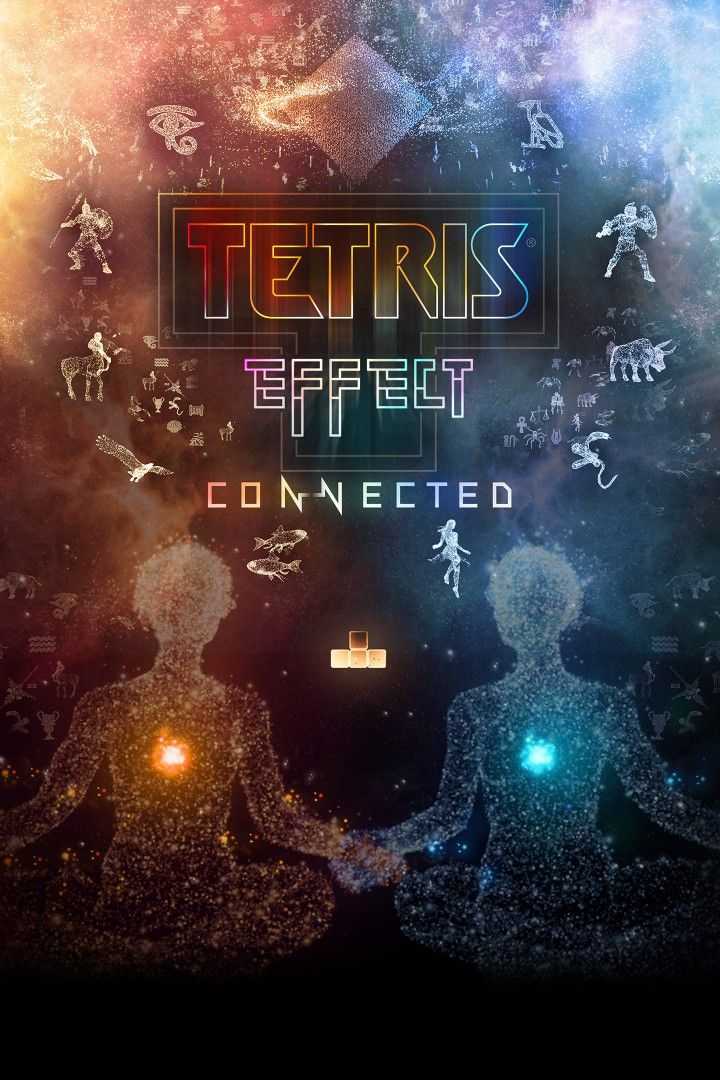 If tasked with showcasing the splendour of videogames to newcomers, I'd pick 'Tetris Effect: Connected'.
Music, visuals and sound effects tie together to deliver a puzzle experience that can be enjoyed by all ages and at times lead to what I'd describe as a psychedelic experience.

For those unaware, Tetris is a simple yet addictive puzzle game that became all the rage over thirty years ago as a pack-in title for Nintendo's original Gameboy.
Geometric shapes descend at increasing speed within a grid. Your challenge is to prevent the grid from filling to the top by rotating and aligning the shapes so that they form complete horizontal lines. Once complete the lines dissolve, hence scoring points for the player.
This latest iteration sticks to this simple premise but embellishes it with ornate graphical effects and music that is organically affected by player inputs.

Journey mode is the standout triumph for 'Tetris Effect'. Each level has its own distinct theme that is often influenced by various human cultures and achievements. Other stages are inspired by the beauty of our natural world and the majestic creatures we share it with. Dare I say it makes one feel more 'Connected' to our earthly existence.

For some, Tetris is at its best when competing against others and thankfully the creators have included an appealing multiplayer suite.
You can battle against one another or team up co-operatively to defeat the enemy a.i which I found remarkably fun if somewhat longwinded.

Sessions with 'Tetris Effect: Connected' often left me with a smile on my face and an intense bout of euphoria. It's a mesmerising, immersive experience that I recommend to everyone.

(Note from the developers: "Headphones or surround sound are strongly recommended for maximum enjoyment". I couldn't agree more: a decent pair of headphones takes the experience to the next level!) 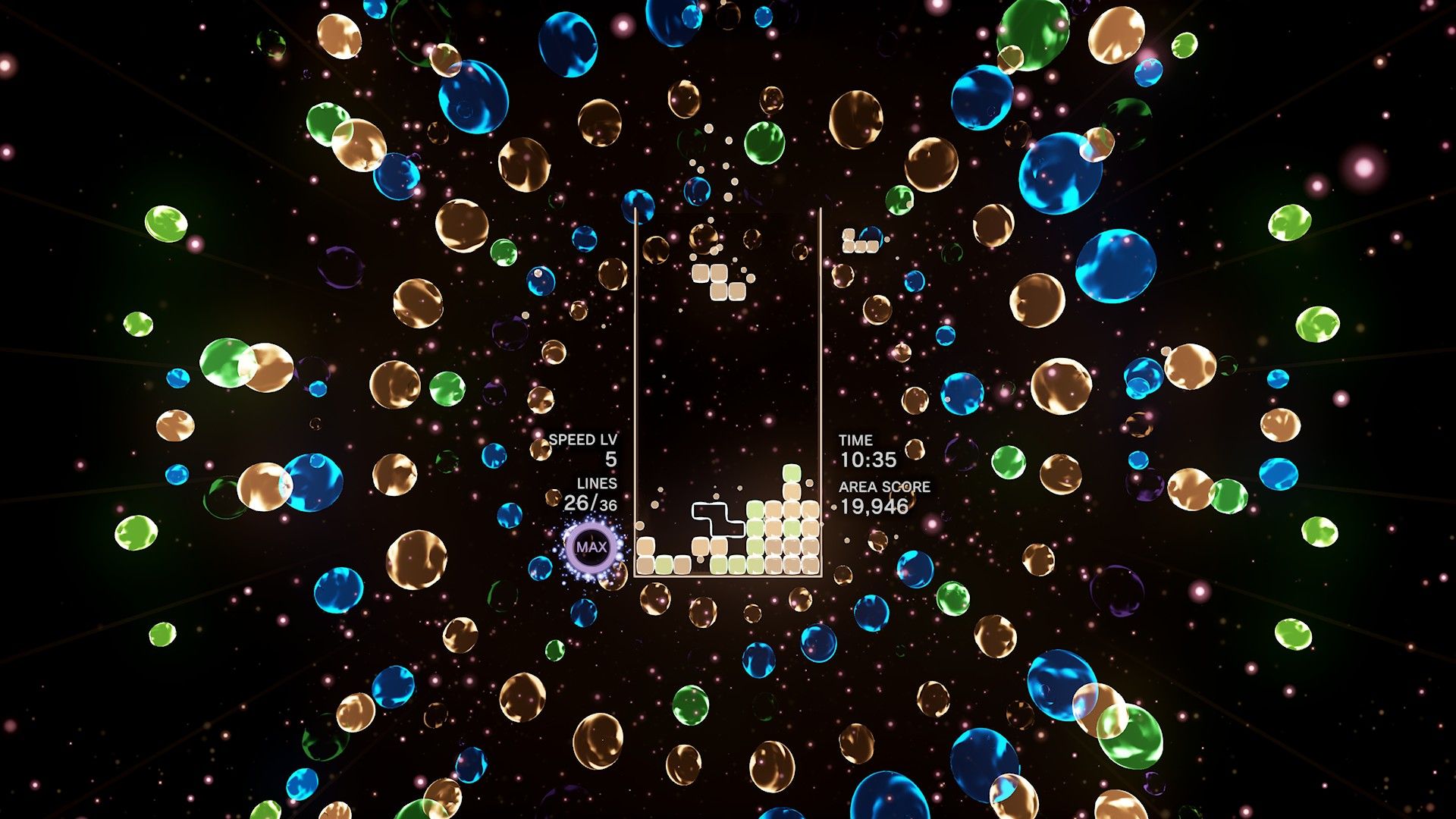 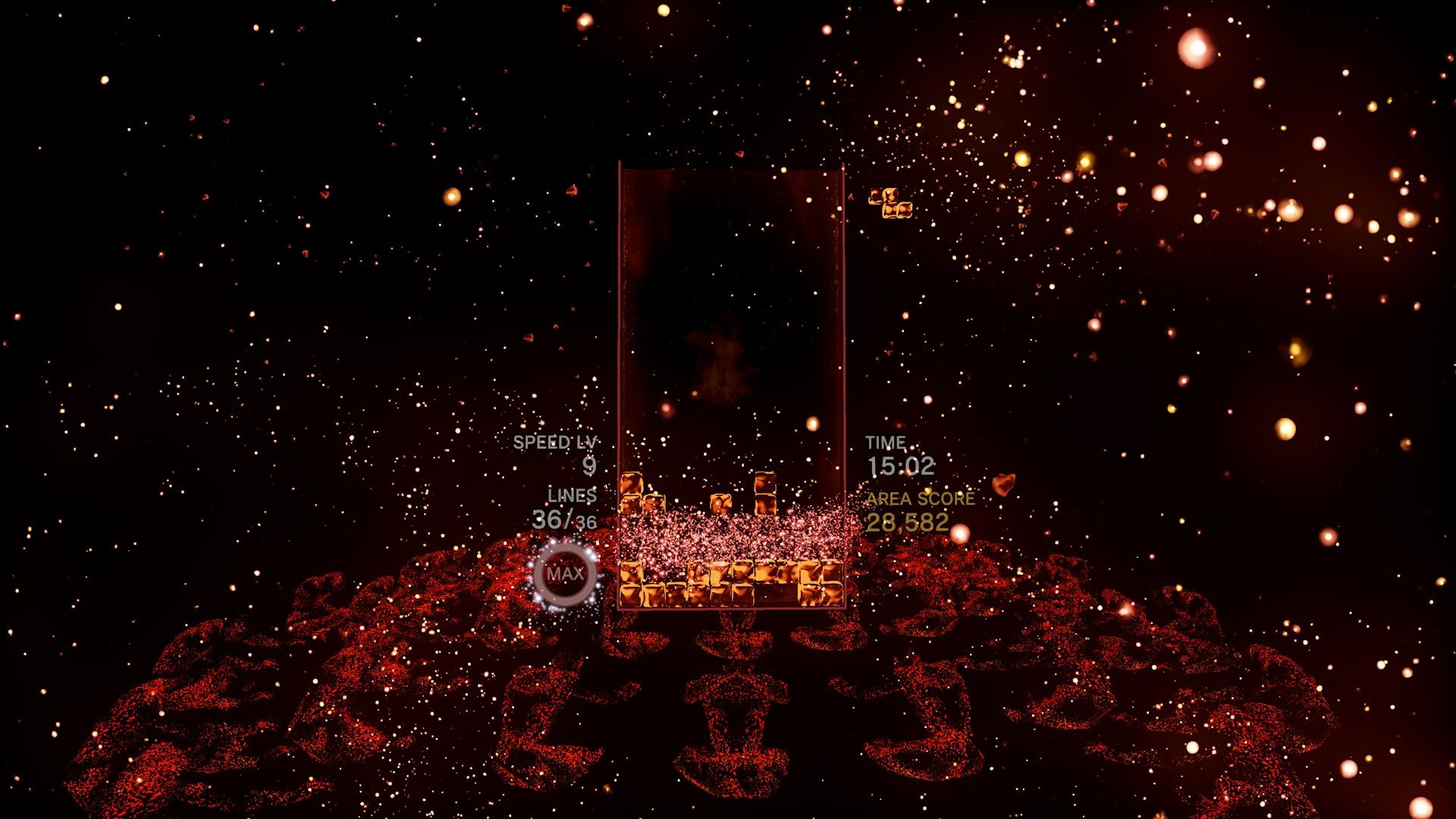 I came across this after my writings and thought it was fascinating.
https://youtu.be/7T7mg6JZZzg
Top

I like this game, but I don't love it. Glad you enjoyed it all the same, Buttermancan!

Allow me to offer a friendly counterpoint to your review:

This game is meant for VR. Period. As it was developed with VR in mind, it does a fantastic job of drawing you into its world when used with a headset and earphones. As a console game, it does the best it can. Dim the lights and crank the stereo - or use headphones, as mentioned in the review above - and you get a pretty close approximation of the intended experience.

Myself, I have played it on a buddy's Oculus - several times - and also own it for my Switch. My wife and I like to play it together, and I like that you can choose from any one of the various backgrounds and themes before you play. But despite all its window dressing... it's just Tetris. I know it's not really fair to fault the game for being what it is, but once the initial vibes wear off, you are presented with a very stylized version of the game we already know and love. Not necessarily a bad thing, but if you want more than that, you may be let down.

I believe the "Connected" versions sell for $10 more than the standard VR version, as they feature multiplayer components. Your mileage may vary on these. Myself, I don't feel compelled to play with strangers online.

The music is very much "love / hate." I like a lot of the ambient tracks, but I can't stand the ones that invoke vocals or chanting - they really draw me out of the experience. The main theme in the game has some lady harping that, "We're all connected..." or something, and it just comes across as so, so cheesy.

But then again, I'm sure many people are really into that sort of thing. I've heard the soundtrack described as "beautiful." I say it's well-done, aside from a few tracks that are clearly over the top, like that main theme.

Overall, it's a fun game. Definitely reminiscent of Rez. Great if you can snag it on sale. I paid around $20 for the download version on the eShop, and really, I feel a bit ripped-off. But I rarely pay that much for download titles, so that may explain why I feel the way I do. For $10 or so, I say go for it. But for full price, ehhhhhh...

Going by The Critic's format, I'd give it a C. Maybe a C+. Or whatever grade embodies "good, but not great."
Top

When I eventually get a VR headset this is the first game I want to play. This game had such an impact on me and I still found it very immersive even without a VR headset. I often played the game with the curtains drawn and the lights off like you mentioned and it's not often I get drawn into the zone like I did with Tetris Effect: Connected. I do enjoy the various classic versions of Tetris (Gameboy, Nes) but neither of them compare to the experiences I had with the series latest iteration.
Top

Buttermancan wrote:When I eventually get a VR headset this is the first game I want to play.

You are seriously in for a treat