Let me know what you think about my reviews.
Post Reply
5 posts • Page 1 of 1

Let me know what you think of this brand new set of Atari 2600 reviews.
Top

Great to see oddball Atari 2600 games get coverage -- one homebrew, one unreleased prototype I'd never heard of, and one PAL-region release. The only one I think I remember playing before is Astrowar, and that must have been brief because I remember nothing beyond the "look" of it.

Not sure how I totally overlooked Arkyology but it's not a bad-looking little game!
Top

Thorough and solid reviews Dave. I just might pick up Arkyology if it's at a decent price. I like the look and the premise sounds very interesting.
Top

I hadn't heard of Seawolf until your review, and then coincidentally I ran into the arcade machine at Funspot arcade in NH yesterday. I played several rounds of the Seawolf II machine, which looks very similar to the screenshot of the Atari 2600 version. It was produced by Midway in the late 70s. Judging from your review, it sounds like the homebrewers did a really good translation. The arcade has the periscope visor to look through to better aim your shots, but otherwise they sound and look very similar. Like you, I also got to around 5000 points before the game got too crazy - so it sounds like the programmers mimicked the arcade gameplay well. Either way, pretty cool game to play for a bit.. glad I tried it out. Thanks for reviewing it. 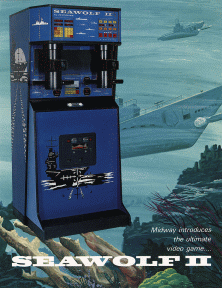