Let me know what you think about my reviews.
Post Reply
9 posts • Page 1 of 1

Let's hear your thoughts on these two new Switch reviews. Raging Justice is new, but Windjammer is an update (B- to C+).
Top

I have Windjammers on Neo Geo and on PS4 (which is identical to the Switch version), and I agree with your take. I agree with you that it's a pretty pitiful barebones port for a game this old. You don't mention the online matches - which is the best new feature of the Switch port - but to be honest, it's extremely hard to find an opponent still playing the game online and the matches are really basic (no rankings, no tournaments, etc.).

The only thing I disagree with in your review is saying that Windjammers was an underrated Neo Geo game. I've always felt it was overrated. It is under-the-radar to an extent, but the people that know about it seem to always rave about it. But I've never really gotten friends and family interested in it when they come over, as they gravitate toward the fighters and Metal Slug, etc. It's never held my attention for too long either.

This is Bang Bead: 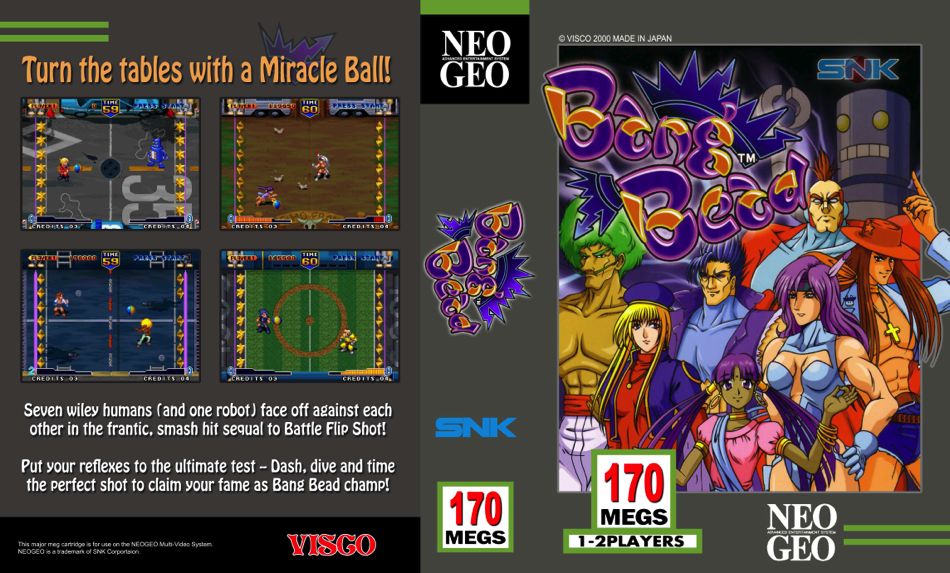 Bang Bead is good. I need to figure out how to master the controls though. It's one of the off the wall games like Magical Drop 3 that I play sometimes.
Top

I bought Raging Justice for less than $4 after seeing your initial positive impression. I've only played it once, since I was playing it to kill time while I was waiting for the download of Streets of Rage 4 to finish up. There's something about the ugliness and trashiness of the game that is charming and I got a kick out of knocking over crowds of street punks with the tractor. SoR4 has almost completely dominated my single-player time since it came out and I've never gone back to it - maybe it's only fun for a couple of go-arounds?
Top

I had never heard of these but I have a multicart and will check them out! Thanks.
Top

I think a C+ for Windjammers is being generous. I bought the game just looking for some fun arcade action and perhaps a few modes to boot. What a waste of dough. I found Windjammers to be boring and repetitive. I would put it in the D+ category. One of my many regrettable purchases I have made on my Switch.
Top